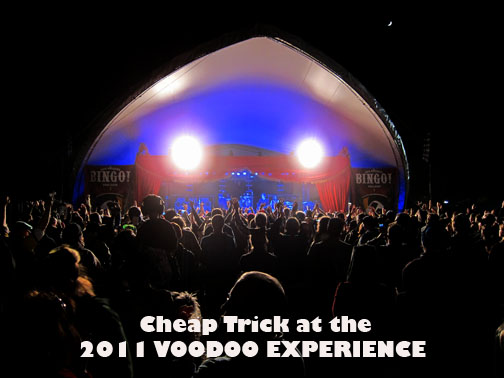 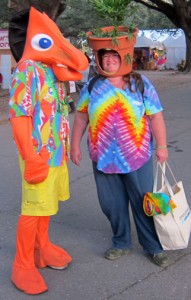 I must admit to feeling a bit out of place as I entered the Voodoo Experience around 6 pm on Sunday. Everyone around me seemed to be 18-25 years old and me, well, not so much. 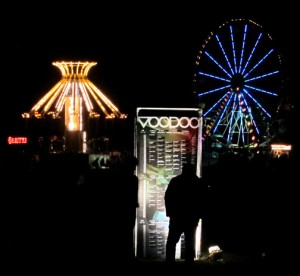 I wandered about taking in the sights and sounds. I marveled at a ferris wheel at a music venue. I met some interesting characters and sensed that familiar smell we all know exists at rock concerts.

I began to feel more at home as I got closer to the stage I was seeking. The people began to look more like me… a little grey, a lot older, and indeed heavier.

These were the folks that used to be over-faired, long-haired, leaping gnomes but time and responsibilities transformed us into over-weight, short-haired, sleeping drones. 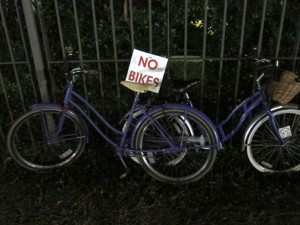 That all changed when Cheap Trick arrived on stage. You could feel the soul of a 17 year old leaping forth and the memories of good times giving everyone a “rush” not unlike the one they used to seek in their younger days.

Cheap Trick put on a fantastic show. One that transformed a bunch of old drones into leaping gnomes again. That was worth twice the price of admission! 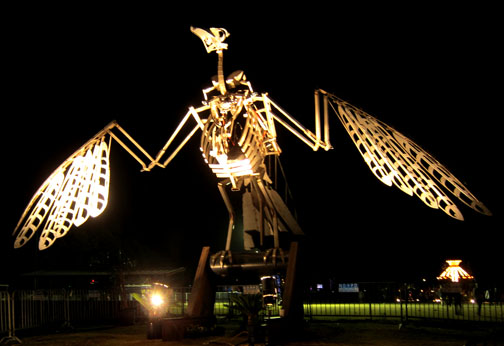