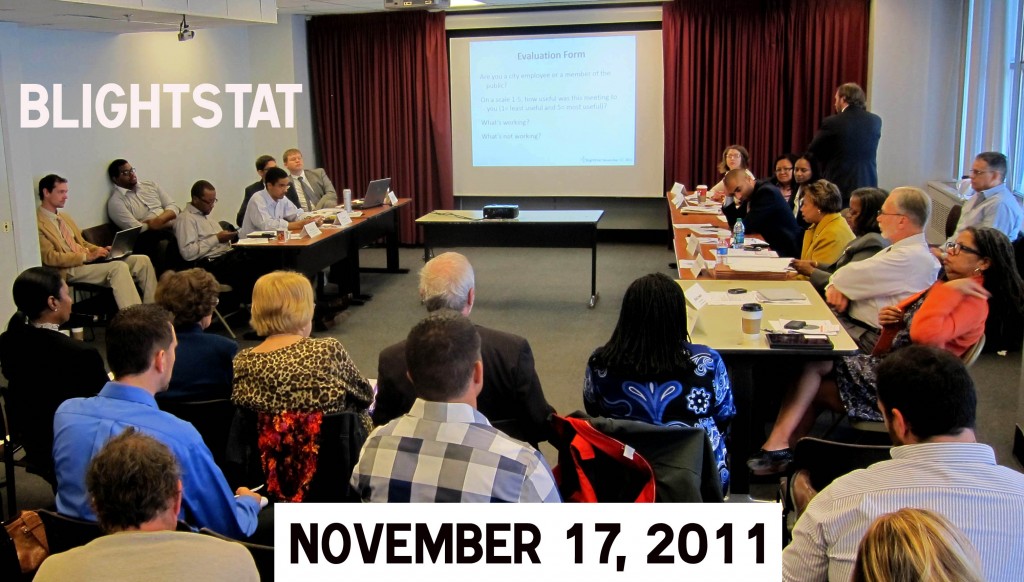 This was the 27th meeting since the city began inviting the public to attend the BlightStat meetings.