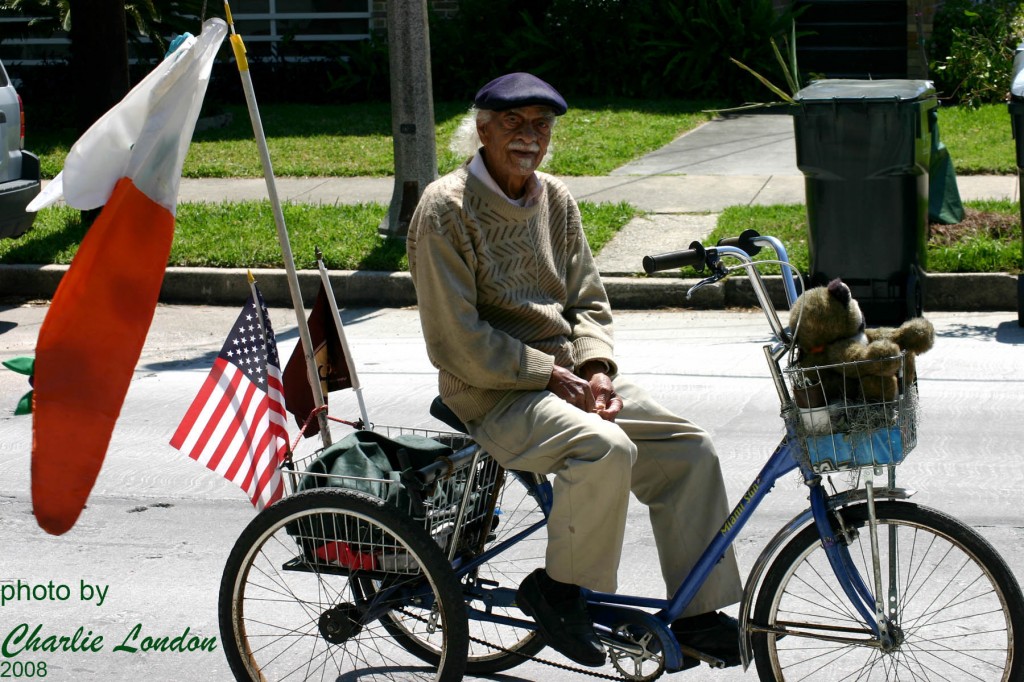 I met “Smokey” after the Federal Flood. I never knew his real name but always enjoyed talking to him when he would stop by on his daily tour of Faubourg St. John.

I would listen intently as he would talk of his past, his many girl friends (yes, even in his 90’s), or just converse about the events of the day.

“Smokey” as he referred to himself, was one of Faubourg St. John’s many beloved characters.

It is truly unbelievable that anyone would want to kill him. He was an affable, non-threatening guy. The coroner’s notice is below. If you hear of anything about this crime please call 911 and report it.

Charlie London
https://fsjna.org
***
99-year-old man strangled, smothered in his home, Orleans Parish coroner says:
A 99-year-old man who was found dead in his home last week was smothered and strangled, according to the Orleans Parish coroner.
Leon Brier was found in the 1700 block of Gentilly Boulevard on Feb. 23. While the death initially appeared natural, Brier’s son requested the autopsy because of suspicions he had about how his father died, said John Gagliano, the coroner’s chief investigator.
The autopsy found that Brier was killed, according to Dr. Frank Minyard.

New Orleans police are preparing to release additional details about the death, a department spokesman said.

(this is directly across from the the Fair Grounds – Dean Burridge)