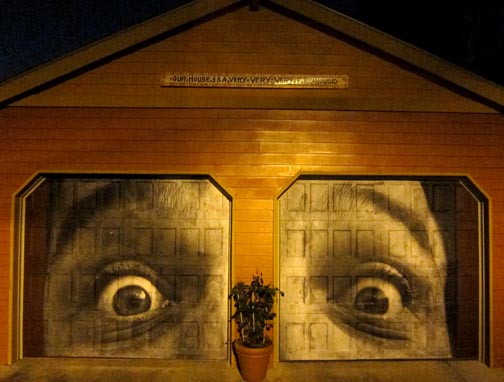 Last night the promotion for TEAM GLEASON struck again. “Put on Your Best Face” was installed on the garage of Matt and Stephanie who live on Ponce de Leon.

Many thanks to Frank Relle for this great promotion for Team Gleason. Look for more around the neighborhood soon!

I was standing in the checkout aisle at the grocery when Steve told me he had been diagnosed with (ALS) Lou Gehrig’s disease. I assume he saw the color leave my face because in true Steve form he put things in perspective reminding me, “We all have limited time” and encouraging me to, “get busy living”. I didn’t know what to say, how do you respond when your friend tells you he has a terminal illness? What do you do?