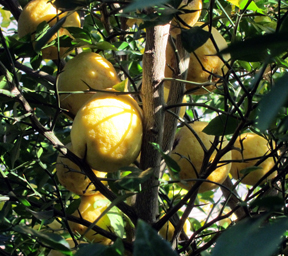 Beginning Friday, April 26th and covering both weekends of Jazz Fest, Lyle Usdin will be running his annual ‘Jazzy Lemonade’ stand in walking distance from the festival grounds at the city’s race track. This will be the third year the 10 year-old entrepreneur from Newman School has run his popular refreshment pitstop for those on their way to the music event of the year. Years prior proved so successful that this year he’s opening a franchise just a few blocks down from the original stand on Ursulines Ave and Lopez.

Lyle began his annual business at the suggestion of his parents, Sarah and Tommy Usdin. “We thought it would be fun. There were a few people in the neighborhood that had lemonade stands but they’re older now and no longer do it. And my favorite fruit is lemon. My mother got me a lemon tree three years ago. My neighbors and I have hand pollinated the tree with a watercolor brush.”

Although Lyle says he and his friends have fun, there are challenges to running a successful lemonade stand during Jazz Fest. The challenge rests mainly on the fact that, as for many people, JazzFest happens to be his favorite annual event. “I’ve never missed a day of Jazz Fest in my life,” he says. “I run the stand in the morning and then I rush to go to Jazz Fest then run the stand again in the afternoon. If there’s a big performance, we may close earlier.” And the performer he’s most looking forward to this year is one that, along with Simon and Garfunkel and The Beatles, is on repeat mode on his ipod: “Trombone Shorty. I see him every year.”

In addition to refreshments, Lyle and his co-workers dole out entertainment in the form of magic tricks and games as well as useful advice for their Jazz Fest-bound customers. “Like don’t use the portalets unless you have to cause they can be really disgusting. Go knock on someone’s door instead.”