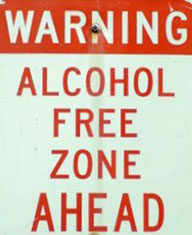 1544 Gentilly is less than 50 feet from Olive Stallings Playground. Before the building was demolished, people consuming alcohol purchased from the store were constant fixtures in the playground. Now that the store is gone the quality of life in the surrounding neighborhood has improved exponentially.

So, what’s the problem? The store is gone. The problem is that the owner of the property wants to rebuild the building and once again have the lessee sell liquor across from a children’s playground.