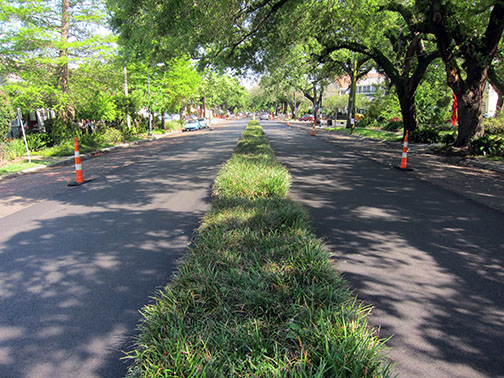 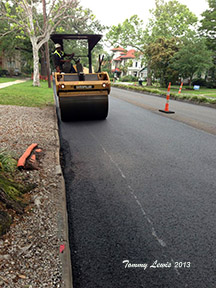 The Esplanade Paving Project began March 6th. On April 13th, one lane on each side was resurfaced after a month of preparing the surface. Rumor has it that the project will be completed by Jazz Fest.

Photo on the left shows all of Esplanade Avenue paved as of April 15, 2013 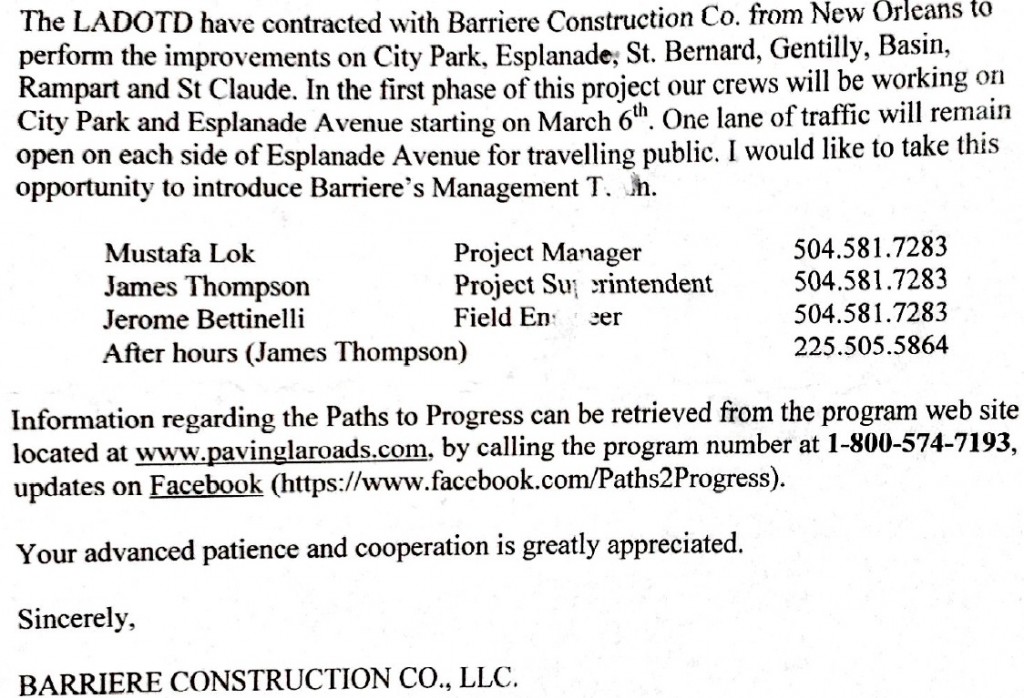