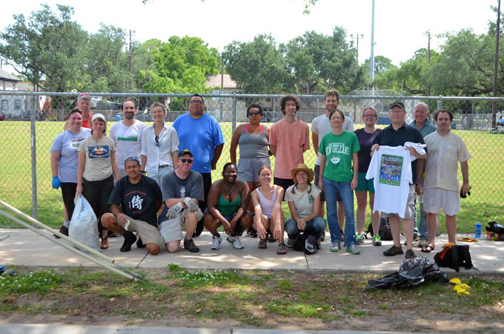 Best mob yet! We were able to take on a very trashed lot with standard drink and food containers and wrappers as well as heavy debris, and we cleaned up in and around Comiskey Park. A big thanks to everyone who got the word out and came out to mob! ~Daniel Paschall 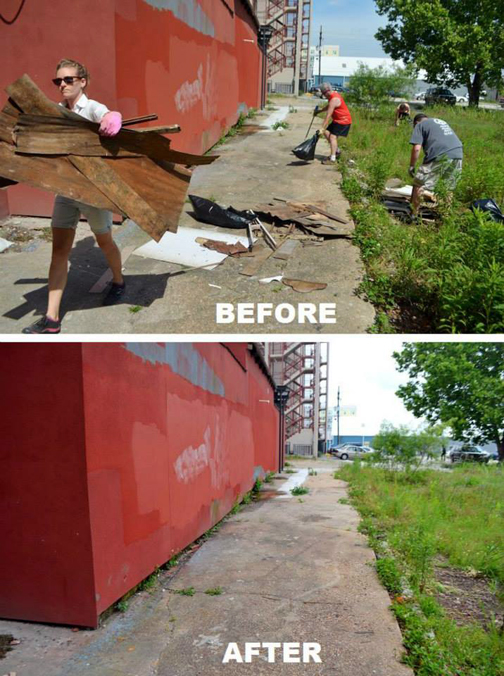 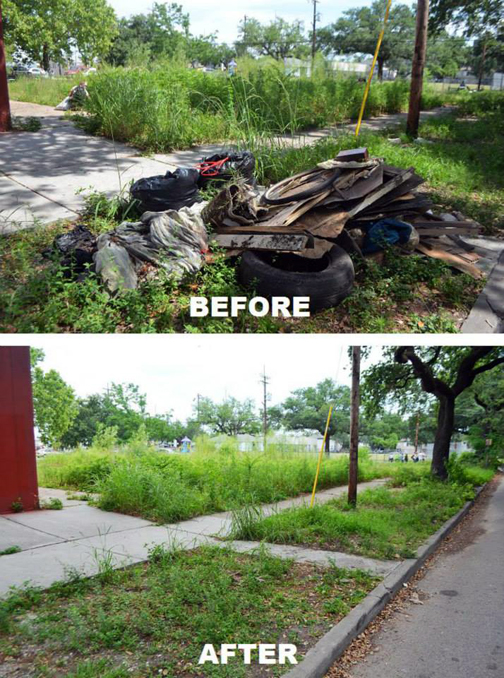 Trash Mob is set to clean up in and around the beautiful park between Jeff Davis and S. Clark and between Baudin and D’Hemecourt. The trash is especially dense along the sidewalk along Jefferson Davis Parkway between Tulane Ave. and D’Hemecourt, so we will also pick up along that sidewalk as well.

For those that are new to NOLA Trash Mob, we are a group of volunteers who want to change the way New Orleans thinks about litter, primarily through clean-ups or “trash mobs”. For these trash mobs, we select a public space, usually a particular city block or area that has a significant amount of litter, and we set a time and day to go and pick up trash there. They usually are scheduled about once a week on Sunday mornings. The trash mob will last for about 1.5 to 2 hours, but people can participate however long they would like.

Participants are encouraged to bring their own gloves and garbage bags, but we will try to bring a limited supply of extras.