An analysis by Justin Kray 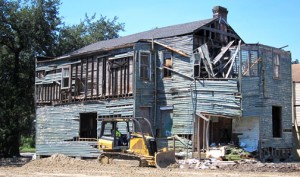 As a City Planner and former lead architect of the BlightStat program while working at OPA, I am in a unique position to offer some deeper insight on this story. There are many interconnected issues at work here, but the central question is how effectively the City executed upon the blight strategy, and the danger of using “Stat” meetings to create positive spin in the public sphere. This seems especially important to understand given that other cities are now seeking to emulate/adapt these models.

All in all, this is a cautionary tale. Yes, New Orleans is on the path to recovery, but it certainly deserves closer investigation as to how well we have governed ourselves towards that outcome.

New Orleans’ Winning Strategy in the War on Blight

A city with one of the nation’s worst blight problems is now considered a national leader in reducing vacant and dilapidated properties.

Blight was a challenge for New Orleans even before Hurricane Katrina flooded nearly 80 percent of the city’s housing stock in 2005. By 2010, New Orleans had perhaps the country’s worst blight problem, affecting an estimated 43,755 properties — nearly one-quarter of the city’s residential addresses.

So it might be something of a surprise that the city now is considered a national model for blight reduction. What might be even more surprising is how that turnaround has been accomplished in little more than three years.

What wasn’t surprising at all was that blight was a big issue in the 2010 mayoral race. The winner of that contest, Mitch Landrieu, had promised to reduce the number of blighted properties by 10,000 by 2014.

The new blight remediation process begins with property inspection. It then moves to a hearing in which the property owner is either found guilty or in compliance. If guilty, the owner must remediate the problem or the property is either demolished or goes to a sheriff’s sale, which allows for a clean transfer of ownership.

To coordinate the blight-reduction efforts of various city agencies, the Landrieu administration created BlightSTAT, a process in which representatives from the Department of Code Enforcement, the Office of Community Development, the Office of Information Technology and Innovation, the Law Department and the New Orleans Redevelopment Authority meet to set goals and report on progress. The city’s Office of Performance and Accountability acts as an ombudsman, presenting data and holding the agencies’ feet to the fire.

But no one does a better job of holding feet to the fire than New Orleans’ residents. The BlightSTAT meetings are open to the public, some have drawn over 100 attendees and each concludes with a question-and-answer period. (For two years after the first meeting in November 2010, the meetings were held twice a month; now that the initial surge of dilapidated properties has been addressed, they’re held monthly.) Residents can also find out the status of specific properties on a “BlightStatus” website.

Feedback from residents and the New Orleans police department is used to set priorities among the dilapidated properties. BlightSTAT prioritizes properties whose remediation can stabilize a neighborhood as well as those in high-crime areas and major commercial corridors. Blight remediation is also the top priority when federal assistance is made available.

By early this year, Mayor Landrieu had more than made good on his promise, reducing the number of blighted residential properties by about 13,000. The average time from initial inspection to hearing has been cut in half, and one of the nation’s former blight leaders is now reducing it faster than any other American city.

Just as blight threatens public safety and harms quality of life, eliminating it creates a virtuous circle. BlightSTAT can’t claim sole credit for an extended real-estate boom in New Orleans or for the new confidence investors are demonstrating in the city, but it’s hard to imagine that New Orleans’ comeback would be nearly as robust without it.