R. Erich Caulfield SM ’01, PhD ’06
New Orleans Federal Team Lead, White House SC2 Initiative
Caulfield obtained his SM in electrical engineering and computer science from MIT in 2001 and received his PhD in electrical engineering and computer science in 2006. He began his professional career as an associate at McKinsey & Company, from 2006 to 2008, focusing on public sector projects. In 2010, Caulfield was appointed by President Barack Obama to serve as a White House Fellow, working at the White House Domestic Policy Council. In this role, he worked on economic development and long-term disaster recovery. Caulfield served as the New Orleans Community Solutions Team Lead for the White House Strong Cities, Strong Communities (SC2) Initiative. He is currently serving as the Founder and President of The Caulfield Consulting Group based here in New Orleans.

R. Erich Caulfield SM ’01, PhD ’06
As a graduate student, Erich served as cochair of the Black Graduate Students’ Association, committee chair of the Graduate Student Council (GSC) Orientation, and GSC president. For those contributions, he received the Martin Luther King, Jr. Leadership Award in 2005. As an alumnus, Erich continues his active engagement. He served as a recent graduate to the Corporation in 2005, where he brought a relevant perspective and enthusiasm to chairing the committee. Erich served his first term on the Architecture, Libraries, and Mathematics Visiting Committees in 2005 and on the Dean for Student Life Visiting Committee from 2007-2010. He chaired the MIT Corporation Screening Committee in 2009, and in 2013, he began service to the MIT Corporation with appointments to the visiting committees for the Dean for Student Life, Dean for Undergraduate Education, and Urban Studies and Planning. Erich recently completed a one-year term on the Association’s Ad Hoc Program Transition Committee.

Good morning, family and friends of MIT. From the dawn of the human experiment, we have grappled with the challenge and the potential inherent in our existence. Today, my graduate student brethren and my sistren, you join a grand procession that has marched across the sands of time, marshaled by the first human being who gazed up at the magnificent majesty of a midnight sky and asked the question, what more can I know?

Culminating at this time, at this place, at this junction in the space-time continuum with you, and this august and awe-inspiring assembly of the academically accomplished… For whether you are the first in your family to attend college or of the fifth generation to finish graduate school, you represent the collective dreams of countless of your comrades and ancestors, some no longer with us, who have aspired for centuries to join with you in this moment here today.

For you have become the embodiment of accomplishment, of drive, of passion, of perseverance, of ambition, of strength and hope. For in graduating today from one of history’s great wombs of wondrous ideas, credos of creativity, nursery for Nobel laureates, you prepare to take your place amongst the great thinkers and movers of our time. For indeed, you have ascended to the top of the Mount Olympus of the modern academic world.

However, ascending to the top and becoming the scholastic and pedagogical gods and goddesses of your department does not signify that your journey is over. To the contrary, it merely means that you have a more excellent view of a future that is pregnant with a plentitude of possibilities.

And so now that you’ve come to MIT and flexed your magnificent mental muscles, made mighty by the methodical mastery of mathematically menacing, scientifically sophisticated, econometrically intimidating systems of equations, and such, you have proven that you are now ready to leave, for you have outgrown this place.

When I take time to consider the significance of this moment, I am compelled to ponder the proclamations of the poet who confessed, “I’m tired of sailing my little boat, far inside the harbor bar, I want to go out where the big ships float, on the deep where the great ones are. And should my frail craft prove too slight, for the waves that sweep those billows o’er, I’d rather go down in a stirring fight than drowse to death by the sheltered shore.”

In the purest sense, the poet captures the essence of this experience exactly. For whether you’ve been here for one year or two years or three years or n years or n+1 years, in a career that will last nearly a half-century, your greatest deeds have yet to be done. And you can scarcely imagine the impact that you’ll have on society and, indeed, on human history. So I encourage you not only to reflect on and appreciate the awesomeness of your contributions thus far, but also to marvel at the magnificence of future feats yet to come.

Now, as you prepare to set sail for the great world outside of MIT, it is my hope that triumph will be your ever-present companion. May passion fuel your every endeavor. May innovation infect your every invention. And may a preternatural propensity for progress pepper your every project. And may a blaze and torch of morality light your path. And as you go forth, I would urge you to stand boldly at the great helm of history and steer a course that such future generations will say, with passionate regard, that you graduated from MIT, and the world is a better place because of it.

And so, ye daughters and sons of MIT, it is with the greatest of pride and elation, heartfelt joy and awestruck admiration, and the deepest respect that, on behalf of the graduate student council, I bid thee felicitacion, gong he… In other words, congratulations on an outstanding display of academic magnificence. Go ye forth, gentle geniuses. History is waiting to hear from you. Thank you. 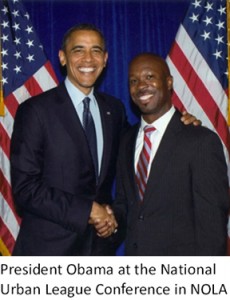 Hi All,
I hope you’re doing well!
About two weeks ago, I wrapped up my time with the White House SC2 Initiative in New Orleans. Although I already miss my colleagues, the work, and the fun times, I’m excited to share that I’ve incorporated my own NOLA-based management consulting firm, The Caulfield Consulting Group.
I’ve been working on the idea for a while, and have partnered with another firm to put in a bid for our first contract and have some other potential projects in the pipeline. Although I did consulting for a couple of years at McKinsey, running my own firm is new to me. If you have experience with launching a (consulting) company or know people who do, I’d greatly appreciate any feedback/suggestions you could offer. Also, if you have subject matter expertise that you’d be open to sharing from time to time, please do let me know. I’d appreciate that too!

In case I don’t get to see you before the end of the year, have a wonderful holiday season! I hope you’ll have the chance to spend time with your family, friends, and loved ones!

Click here to see a PDF of Erich’s photos