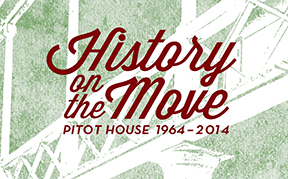 On July 21, 1964, following months of negotiating and scrambling by Louisiana Landmarks Society, the Pitot House was moved from a nearby site to its current location in order to save it from demolition. To honor the anniversary of this historic move, Louisiana Landmarks Society is hosting a celebratory gala on Thursday, November 6. This exciting  evening will feature a live auction, music by Deacon John and the Ivories, and food and beverages from favorite local restaurants including Café Degas, Pearl Wine Co., Ralph’s on the Park, Nonna Mia, and Lil Dizzy’s.

To donate to the auction: 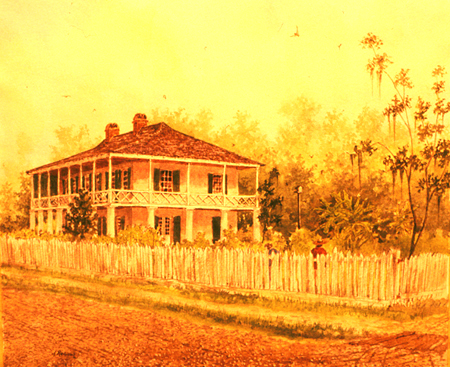 The Louisiana Landmarks Society is a non-profit 501(C)3 preservation advocacy organization, established in 1950.  With founders such as Samuel Wilson, Jr. and Martha Robinson, Landmarks rapidly defined preservation advocacy in New Orleans by leading the charge to preserve Gallier Hall in 1950 and defeat the proposed Riverfront Expressway a decade later.  Today, the spirit of the organization’s founders lives on in Landmarks’ annual “New Orleans’ 9 Most Endangered” listing of at-risk historic properties. Landmarks’ preservation activities restored the c. 1799 Pitot House to its Creole West Indies colonial charm and current use as a site for preservation education.

Focusing their efforts to the New Orleans area, Landmarks’ mission is to promote historic preservation through education, advocacy and operation of the Pitot House.