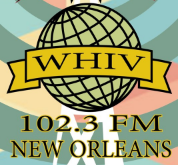 At the September 9th, 2014 meeting at the Fair Grounds, it was announced that a low power FM station will be located in Faubourg St. John at 1138 North Dupre.

UPDATE FROM WDSU on December 4th, 2014: The new radio station on the air has a format unlike any other. It’s called “Radio NOLA HIV,” known by its call letters, WHIV. Dr. MarkAlain Dery founded the station as an extension of the nonprofit organization he leads. While he volunteers his time there, he’s also an Assistant Professor of Clinical Medicine at Tulane School of Medicine and specializes in infectious diseases. “Baton Rouge is number one and New Orleans is number three in the number of HIV incidents in the United States,” Dery said.

***
Info below is from the September, 2014 FSJNA meeting minutes by Nancy Shepard:


Thanks to NOLA AERIALS for the intro photos!