Tree-planting began on the Lafitte Greenway this month. The City’s construction contractor has started work on the final stretch of the Greenway from N Alexander Street to Carrollton Avenue. Construction is approximately 80 percent complete and on track to open this spring. Read the full DPW update. 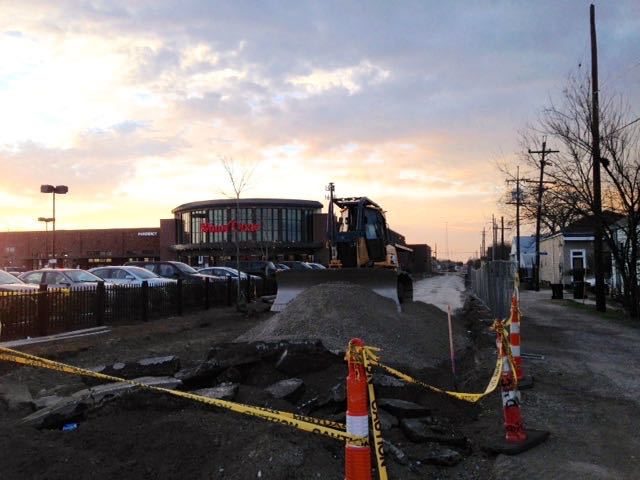 Friends of Lafitte Corridor and NOLA Trash Mob are hosting a Great American Cleanup of the neighborhoods surrounding the Lafitte Greenway. Join us for coffee and pastries, and a great cleanup of the Corridor.

Over the past two years, NOLA Trash Mob, an all-volunteer litter-fighting group, has picked up over 9 tons of trash from New Orleans streets on weekly mobs.

RSVP for the Facebook event, and invite your friends! 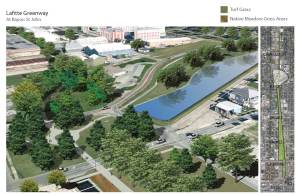 The three finalists–Jennifer Blanchard (Contraflow), Michel Varisco (Turning), and Amy Stelly & Darryl Reeves (Drop in the Bowl)—will pitch their pieces to the public during the 2015 Water Challenge. The winner will be selected by audience vote. Attend the live arts pitch on March 23rd to help select the Greenway’s first public art installation! 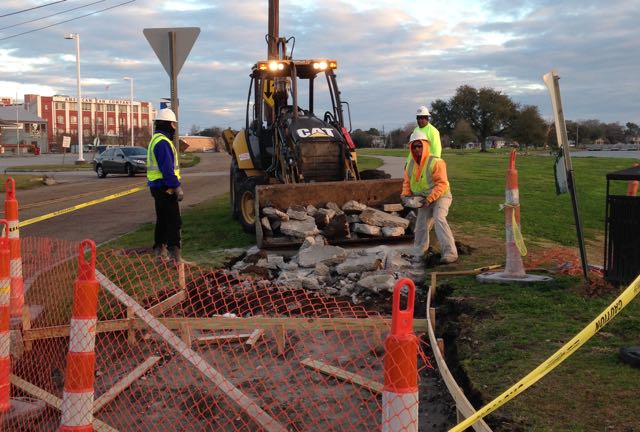 Every year, Line 58, a local branding and web design firm gives away a year’s supply of branding, strategy, and design to one lucky nonprofit in the New Orleans region. FOLC is grateful to have been selected as the 2015 recipient. Thank you Line58!

As the Lafitte Greenway nears completion, it is spurring investment in the surrounding neighborhoods. Here are a sampling of development projects underway or proposed for the Lafitte Corridor. 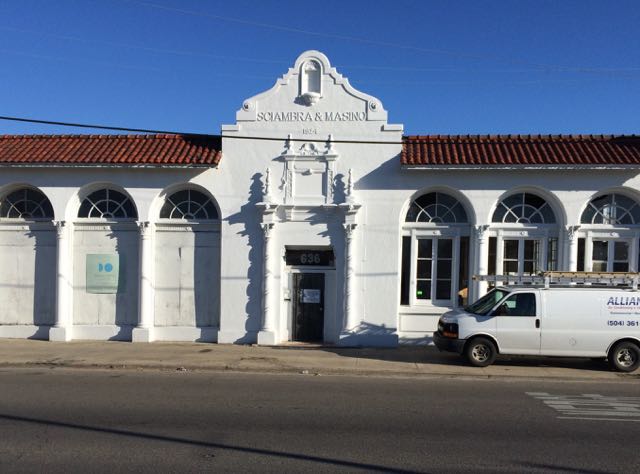 Get ready movie lovers. A new four-screen movie theatre is opening in the Lafitte Corridor this summer. In January, City Council unanimously approved plans for a movie theater at 636 N Broad one short block from the Lafitte Greenway. This 12,400 square foot, 90-year old building was formerly a charitable bingo hall, a plumbing supply store, and an auto shop. The movie theatre will focus on art house and local films.

The Broad Street Theatre joins a list of theaters that call the Lafitte Corridor home, including the Carver, Mid-City, and Mahalia Jackson. It adds to the growing revitalization of the Broad St. and the Greenway intersection, spurred by the new ReFresh and Whole Foods.

Green Coast Enterprises hopes to renovate the Tulane Laundry building, located at 2606 St. Louis Street into a local brewery, tap room, restaurant, and office space. This 32,000 square foot historic building has sat vacant across the street from the Lafitte Greenway at N. Dorgenois since 2005. Urban South Brewery would serve as the building’s anchor and the newest addition to Louisiana’s blossoming craft beer industry. For more information, see the NOLA.com article.

On February 25, the Housing Authority of New Orleans and partners Providence Community Housing and Enterprise Community Partners broke ground on a new 100-unit senior-only apartment building, the latest addition to the Faubourg Lafitte community. This 96,000 square foot building is located one block from the Lafitte Greenway at N Galvez Street and Orleans Avenue. It is a $22 million project that will provide affordable housing to New Orleans seniors.

Local company Better + Boulder, LLC, has a vision to transform 8 acres of former industrial property along the Lafitte Greenway between Jefferson Davis Parkway and N Scott Street into a $100 million mixed-use complex. They have created an ambitious development plan for the property, which they currently have under contract. The 374,000 square foot complex would feature a fitness center with squash courts and a climbing gym, a 120-room boutique hotel, 300 residential units, office space, a spa, restaurants and cafés, demonstration kitchens, active lifestyle boutiques, a theater, and a business and startup incubation center. For more on this proposal, see the Biz article.