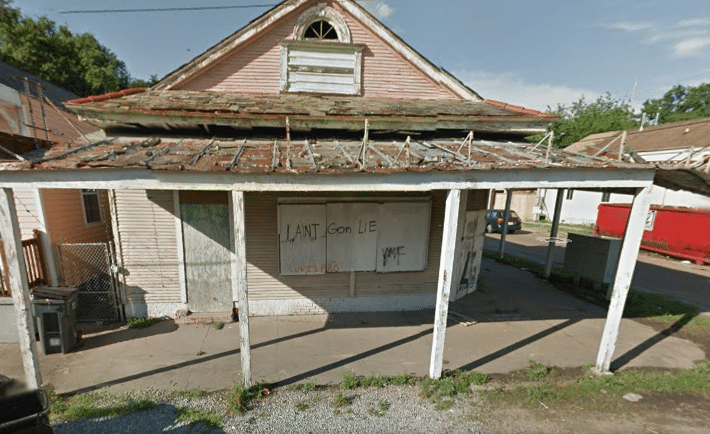 A nonprofit that renovates blighted properties in New Orleans is planning a new coffee shop for a vacant former corner store on St. Ann Street in the Bayou St. John area, neighbors learned this week.

The Youth Rebuilding New Orleans Organization, a non-profit volunteer organization, owns the property at 2801 St. Ann Street. According to the project description filed with the city, the property has been vacant since Hurricane Katrina and requires a conditional use to permit the coffee shop, although it was once used as a corner store.

William Stoudt, the executive director of YRNO, spoke to neighbors at the Faubourg St. John Neighborhood Association at its monthly meeting on Tuesday.

Steve Mardon, FSJNA president, said the organization is in support of the YRNO’s project plans for St. Ann, as the proposed coffee shop is just one of four projects YRNO has for the area.

“There was strong support and appreciation for YRNO’s plans to renovate blighted properties on St. Ann Street and resell them to teachers who live in the community,” Mardon said.

Some neighbors did raise concerns about the long-term future of the property, Mardon said.

“Several people raised concerns about the proposed coffee shop, due to concerns that the shop might fail and then a subsequent business unaffiliated with YRNO might not be a good neighbor,” Mardon said.

Mardon said that Tuesday’s meeting was the first the association heard about the plans and is interested in working with Stoudt to make sure neighbors’ concerns are addressed.

“We hope to work with William to ensure the plans proceed without negative effects on nearby residents’ quality of life,” Mardon said.

According to the project application, a Neighborhood Participation Meeting was held on Oct. 10th with 15 people in attendance.

The application states that a few of the concerns neighbors had at the meeting were traffic and parking demands, along with concerns about the future uses of the building.

The City Planning Commission is slated to hear the proposal at its Dec. 8 meeting.