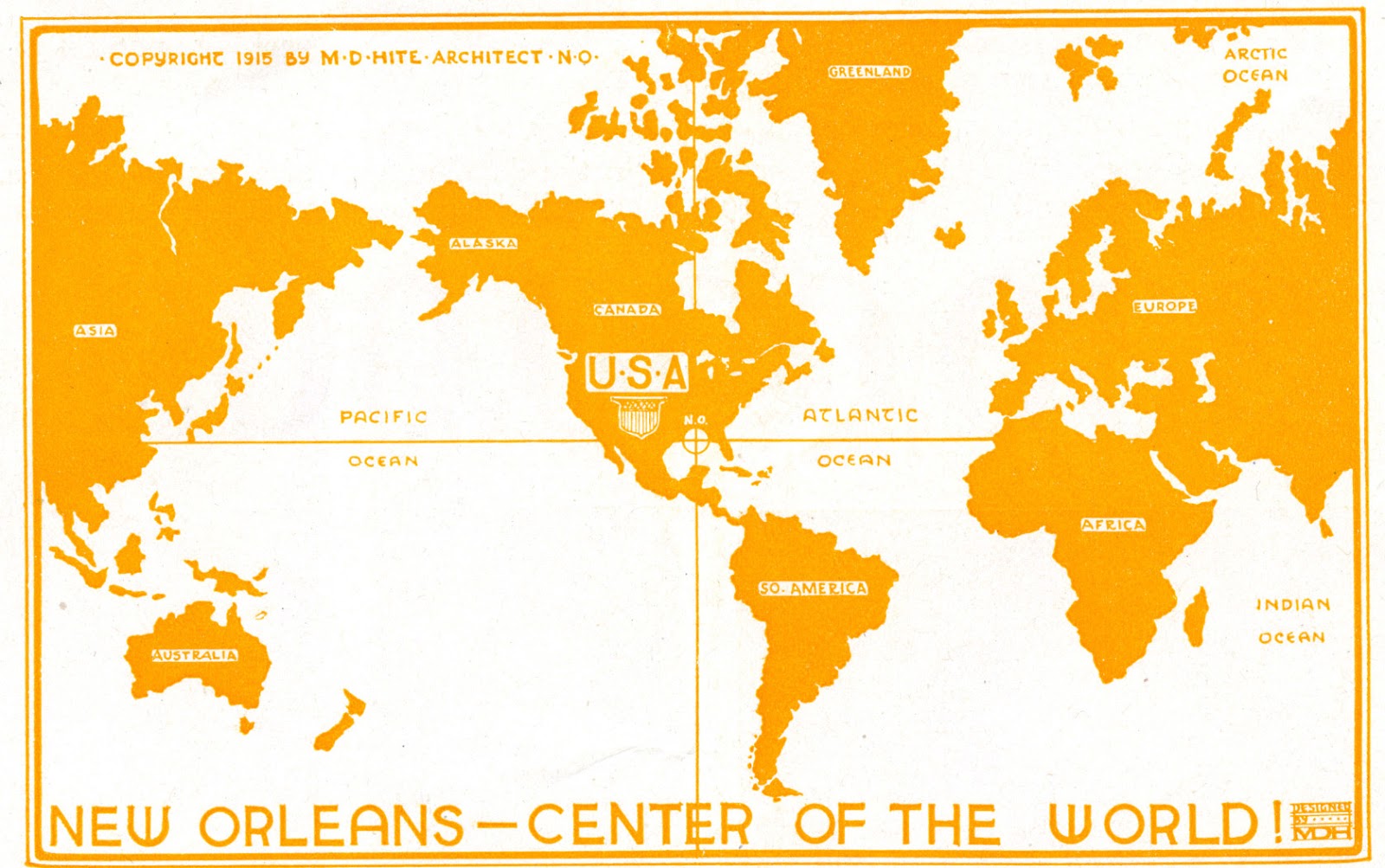 In 1915, New Orleans bungalow architect Morgan Dudley E. Hite (1882-1959) developed a map titled “New Orleans –Center of the World” (shown above). Mayor Martin Behrman’s administration liked the map so much, it was used in a full-page advertisement the following year (shown below), accompanied by the passage:

“That much was done for the City of New Orleans by Nature.” 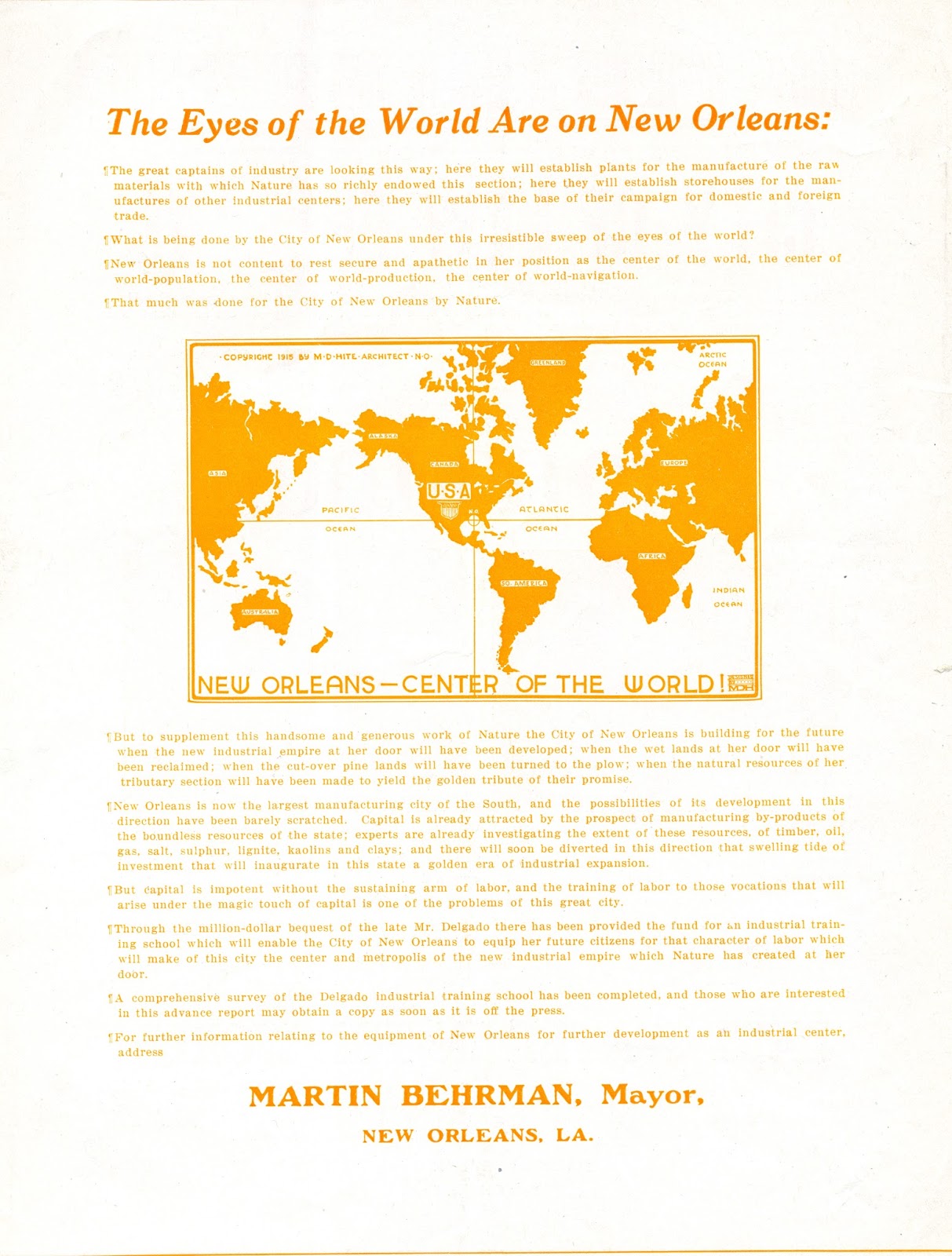