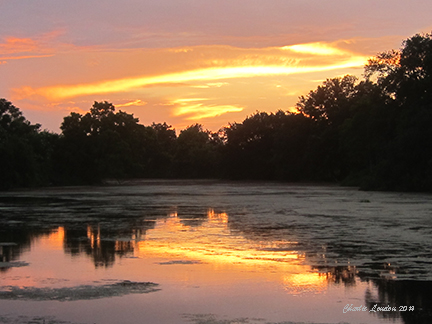 Thursdays at Twilight Garden Concert Series begins at 6 p.m. at the Pavilion of the Two Sisters in the Botanical Gardens at City Park located on Victory Drive in New Orleans. 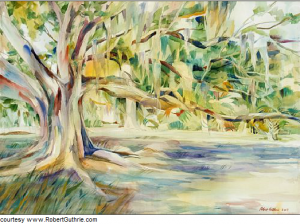 What: Join music lovers in City Park to hear some of New Orleans’ favorite performers during the “Thursdays at Twilight” concert series. Bring your friends to enjoy this very popular series with an array of musicians and mint juleps indoors at the Pavilion of the Two Sisters. This series is sponsored by the Louis and Virginia Clemente Foundation with support from WWNO 89.9 FM.

Admission is $10 per person. Mint juleps, wine, beer, soft drinks, water, and food are available for purchase. No outside food, drink, or pets are allowed.

Advance tickets are available online at NewOrleansCityPark.com. Advance tickets may also be purchased over the phone at 504-483-9488 or at the Botanical Garden Gift Shop. Thursdays at Twilight Series Season Passes are also available for purchase. 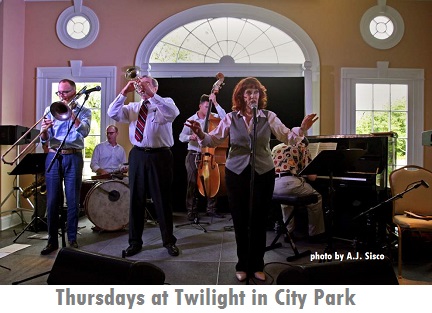 Voted Best Male Vocalist of the year at both the Best of the Beat and the Big Easy Awards. His song “Treme” is the theme song of the popular HBO series. Those who were lucky to attend his sold out concert last year were part of a magical night. Don’t miss this year’s show. For more information about the band, visit johnboutte.com.

Consists of New Orleans opera singers Lauren Mouney Gisclair, Jesse Nolan, and Mary Penick Akin. From La Boheme to Phantom of the Opera, they perform a perfect pairing of opera and musical theatre hits that are sure to invigorate the senses. For more information about the band, visit bonoperatit.com.

Buy your tickets early so you will not miss this show featuring the music of Motown. Songs from the Temptations, O’Jays, Marvin Gaye and Otis Redding will all be part of this soulful tribute to some of the greatest music from the 1970’s.

The Symphony Chorus will perform Shubert and Vivaldi in the first half of the concert, and then music about New Orleans and Louisiana in the second half. Should be a great mix of music. For more information about the band, visit symphonychorus.org.

Celebrate the traditions of our New Orleans swing era with an energetic, upbeat patriotic concert. The program will include hits from the era of the WWII “greatest generation”, popular modern tunes, and patriotic tributes. This swing ensemble features a full horn section with vocals. For more information about the band, visit rockyshfto.blogspot.com.

Chucky C’s (Charles Elam, III) charisma has earned him the title, “The King of Feel Good.” This versatile entertainer blends all of his musical influences from jazz to pop, Dixieland to blues and can change gears to satisfy diverse audiences making him a real crowd pleaser.

Will be performing the music of Frank Sinatra, Michael Buble’, Harry Connick Jr. and more…..” Don’t miss this special night of music!! For more information about the band, visit boogiemen-nola.com.

Jazz pianist Ronnie Kole’s smooth sound and elegant demeanor have earned him respect from musicians across the globe. Kole sharpened his skills in Al Hirt’s club and Kole’s Corner on Bourbon Street. He was inducted into the Louisiana Music Hall of Fame in 2012 and has recorded 32 CD/LP’s. This New Orleans-based pianist keeps busy performing concerts across the United States, Europe and Asia. For more information about the band, visit ronniekole.com.

You know Naydja CoJoe, Rechelle Cook, and Sharon Martin as, “The Ladies of Soul,” having performed at the Garden with The Mystics. They will not only sing a bit of Motown, but also Jazz, R & B, and familiar New Orleans tunes.

Music came to Bruce at an early age, and in the most traditional manner–handed down from father to son. When he was growing up, no family gathering was complete without a little playing and singing. His father picked the guitar, “Carter Family-style,” while his Uncle Alton lent a remarkable voice to the traditional Cajun songs and old-time country ballads. Bruce Daigrepont almost single-handedly has popularized Cajun music and Cajun dancing in cosmopolitan New Orleans. For more information about the band, visit brucedaigrepont.com

Originally from Guatemala, Julio and Cesar Herrera have been in New Orleans for over 30 years. They describe their music as constantly evolving, attributing this, in part, to their exposure from an early age to many cultures. For more information about the band, visit julioandcesar.com.

Holley Bendtsen, Yvette Voelker, Debbie Davis and Amasa Miller comprise one of the few groups that represent the New Orleans swing era, with their recreation of the Boswell Sisters arrangements, and the only act featuring vocal jazz harmony. They bring joy to your soul, harmony to your ears, and the best and biggest boogie-woogie to your feet. For more information about the band, visit pfistersisters.com.

Mark Brooks is one of New Orleans’ most talented, versatile, and sought after bassist. Mark has played and toured with an array of artists including Dr. John, The Neville Brothers, Henry Butler, Charles and Aaron Neville’s Ensembles, Lou Rawls, Fats Domino, Ellis Hall Preservation Hall Jazz Band and Harry Connick, Sr. Mark is known for his diversity with the different styles of music ranging from Rhythm & Blues, Contemporary Jazz, Traditional Jazz, Blues, and Gospel. For more information about the band, visit markabrooks.net.