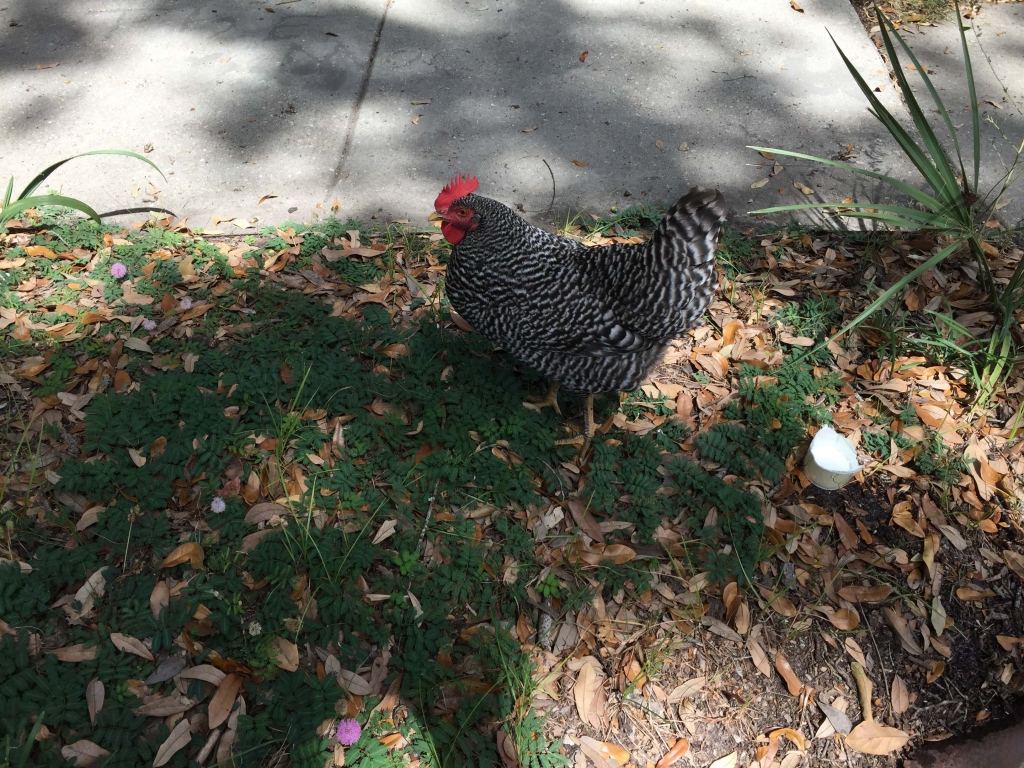 Cry Foul!
This poor girl lives in Capdevielle Park now.
She has managed to scratch all the pine straw from around the trees,
but we are seeing a lot fewer grubs!

***
article below by Robert Thompson

It’s been a long hot summer since our last get together at Capdeville Park. The progress begun at that Clean-up day has begun to give the park that “cared for” look which in turn lifts our neighborhood, discourages further littering and vandalism, and may even make our area safer.

During the summer, I sought some help from professionals who can guide us in our next phase of park uplifting – no sense spending our small resources of time and money on anything that doesn’t have the best long term success rates. A good plants person can steer us toward appropriate choices in selecting items for our park beds.

I approached Greater New Orleans Master Gardeners program looking for assistance. Their group consists of persons who completed training from a LSU Agcenter outreach program and who give some of their time in community service. I haven’t yet found a Master from the area willing to take this project on, but a very valuable contact was made through this connection. Tammany Baumgarten, a professional horticulturist from BaumGardens Landscape & Design, is a major resource for Master Gardeners, and in response to my begging she graciously provided me with a plan and a strategy for the planted beds in the park.

Below is her drawing, which I am also sending to our friend Tica H. at Parkways, for your comments (and Parkways approval). The price tag for the venture, if fully planted straight away would be about $1700 in materials. Labor was assessed at $1400. Of course we are a volunteer effort, and some plant materials and supplies may be scrounged, and much of the labor should be our own sweat equity.

A November time frame is being targeted for our next volunteer effort. Bed clean-up and prep, some planting and landscaping – this will be determined by our practical limitations and what we can raise in funds. I am also working to find us an organization to be a part of where fundraising can include business solicitations and grants. But for the moment the burden is on us.

Please review the plan below. If you are able to commit to a donation toward its achievement, please contact me at the info below.

Thanks neighbor for caring about our community and beautifying New Orleans! 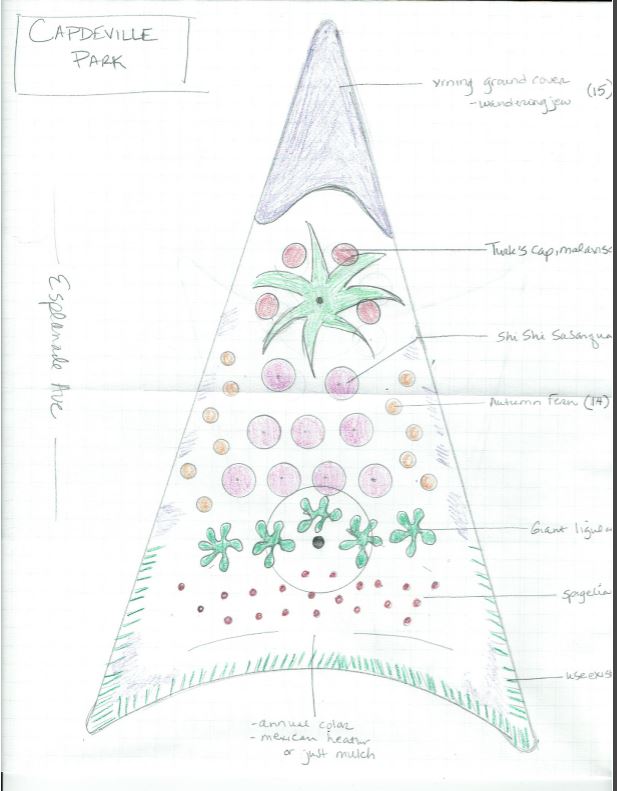 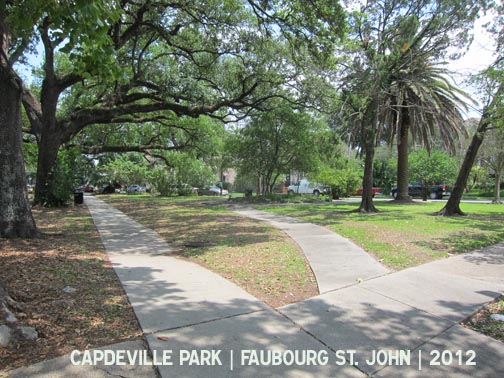 Thanks to 8 neighbors that spent time in 2012 to divide and plant 48 gallon sized Monkey Grass, yellow lantana and purple duranta (to bring in butterflies), and ardesia crenata (Christmas berry, a shade lover). 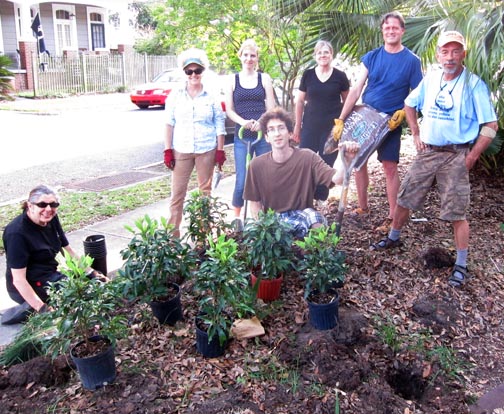 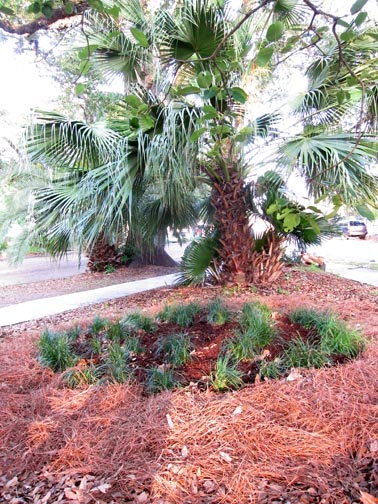 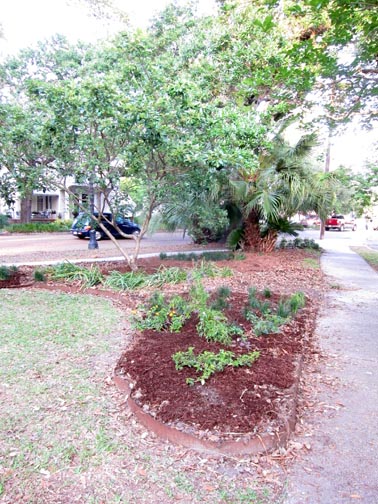 Unfortunately 10 bags of soil and 6 bags of mulch disappeared into a white pickup. I had too many loads of stuff to manage in a Subaru and left it out at the park the nite before, gone at 6:30 am. I vented my disgust by hoeing weeds vigorously! Neighbors report frequent plant thefts near Broad. We replaced what we really needed, and will wait to augment soil in another phase. 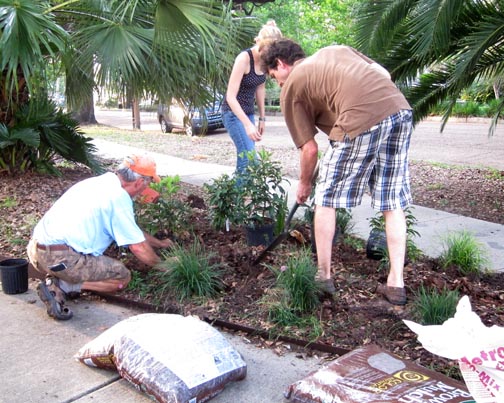 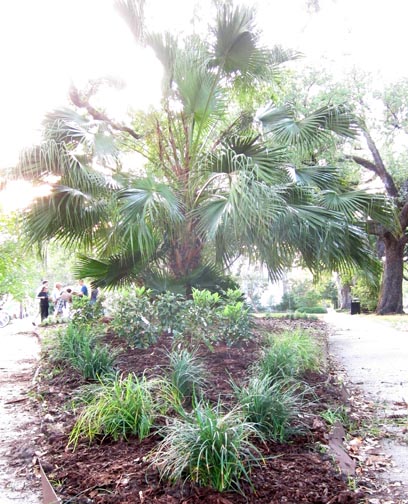 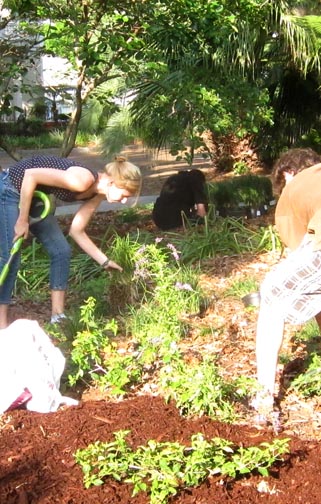 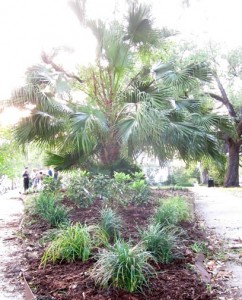