No, this isn’t a post about an upcoming convention but, it is a post about some interesting architectural research sent in by Robert Thompson. 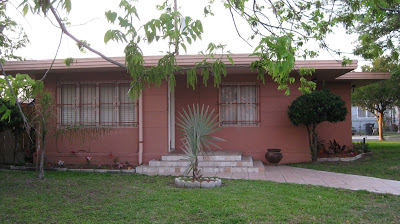 One of Two Thermo-Con Homes at N. Broad and Agriculture Street. Built 1947.

Higgins Incorporated of New Orleans patented Thermo-Con Concrete and sought to promote its use as a building material throughout the southern United States, as well as the Caribbean, South America, and parts of the South Pacific region. In 1946, the company built a Thermo-Namel demonstration house at its Industrial Canal plant, and one year later followed with the Thermo-Con Demonstration Houses erected on the corner of North Broad Avenue and Havana Street. Other Thermo-Con residences quickly followed, and included a cluster on Havana Street, ones on Althea and Hydrangea Lanes in Lake Vista, and one on Vicksburg Street between Harrison Avenue and Bragg Street. A developer in Atlanta used the material to build a 104-apartment complex in North Buckhead, and another developer planned to create 200 3-bedroom houses in Pass Christian Heights, Mississippi. Thermo-Con’s use went beyond residential architecture: fire walls in Fort Worth, Texas; USAF buildings at White Sands, New Mexico; and warm-up pads for the USAF at Andrews and McChord Air Force Bases.
http://docomomo-nola.blogspot.com/2010/04/thermo-con-homes.html
After World War II, there was a considerable amount of experimentation with building materials. Industrial plants that had been mobilized for war were converted to fuel the high demands for affordable residential architecture. Various commercial enterprises sought to capitalize on federal incentive packages.
For example, Andrew J. Higgins built a Thermo-namel demonstration house at his Industrial Canal plant in 1946 (shown above). Utilizing a technique developed by Oakland, California architect Maury I. Diggs, Higgins boasted that his “package homes” could be customized for any floor plan or color scheme. As we have mentioned in previous posts, a national steel shortage forced Higgins to abandon Thermo-namel and to develop Thermo-Con. 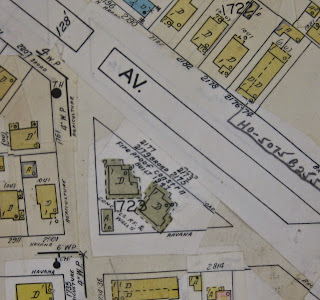 Higgins resided in one of two Thermo-Con demonstration homes(constructed 1947) located at the intersection of Havana Street and North Broad Avenue (Sanborn Atlas 1963 image shown above), until his grander cellular concrete home was completed in the Lake Vista neighborhood in 1949. 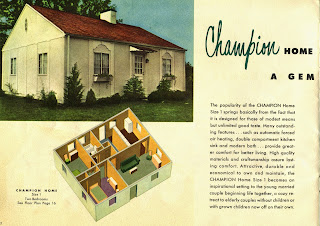 Gunnison Homes, a subsidiary of U.S. Steel, developed porcelain-enameled steel prefabricated residences after the war. The Champion, shown above, was its low-cost model. Introduced in metropolitan New Orleans in 1949, the model was available in two sizes and multiple colors. Authorized dealer J. Burrows Johnson opened a demonstration home at 2811 Hamilton Street,situated in a neighborhood that came to feature a number of steel residences. The house is no longer extant. 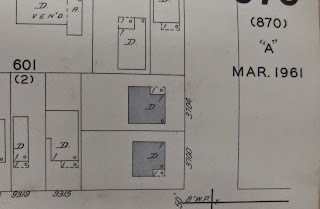 Olin J. Farnsworth, who owned the Lustron franchise in New Orleans, opened his demonstration house in May 1949 at 3700 Cherry Street. The “surf blue” Westchester was outfitted with furnishings supplied by Kirschman’s and was quickly joined by its De Luxe twin at number 3704 (Sanborn Atlas image above, 1961). 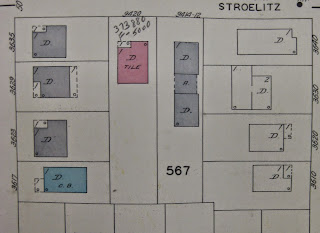 Between 1949 and 1950, Farnsworth built a number of Lustron Westchesters in the Crescent City.(1) He apparently utilized Lustron for a double bungalow, located at 9412-9414 Stroelitz (Sanborn Atlas image above, 1961). New Orleans architect and educator George A. Saunders briefly lived in the rear unit while teaching courses at Tulane University. Saunders worked for Bolt and Beranek, who served as acoustical consultants to Lustron.(2) 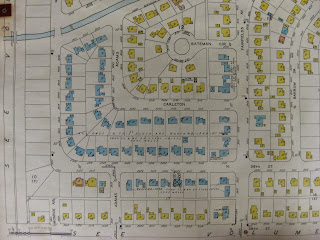