Monday, January 23, 2017 was a sad day for the neighborhood. Three major crimes were reported on the same day in this normally quiet area.

NOLA.com reported that authorities found “what appeared to be a stocking tied tightly” around the neck of a woman whose body was pulled from Bayou St. John on Monday, January 23, 2017. The woman, possibly in her 40s, was discovered in the water near the 4000 block of Davey Street, police said. The investigation was initially called an “unclassified death” by police, but has since been listed as a homicide. Anyone with information about this incident is asked to homicide detective Barrett Morton at 504-658-5300, or Crimestoppers at 504-822-1111.

click on the photo for a larger view
Monday night, a neighbor on Crete Street found their truck missing as they attempted to use it to get to work the next morning.
Description of vehicle involved from the owner – Color: Black, Make: GMC, Model: Sierra, Year: 2003, Type: Truck, Other details: Crete Street near Desoto /Esplanade.

The owner also said the plate is a Saints Super Bowl license plate with the following numbers 27863. Faubourg St. John neighbor Doug Dunn owns the truck. Doug can be reached at 504-400-1148. The officer covering the case is Officer Eymard. Officer Eymard can be reached by phone at 504-658-5292 or by email at cleymard@cityofno.com. 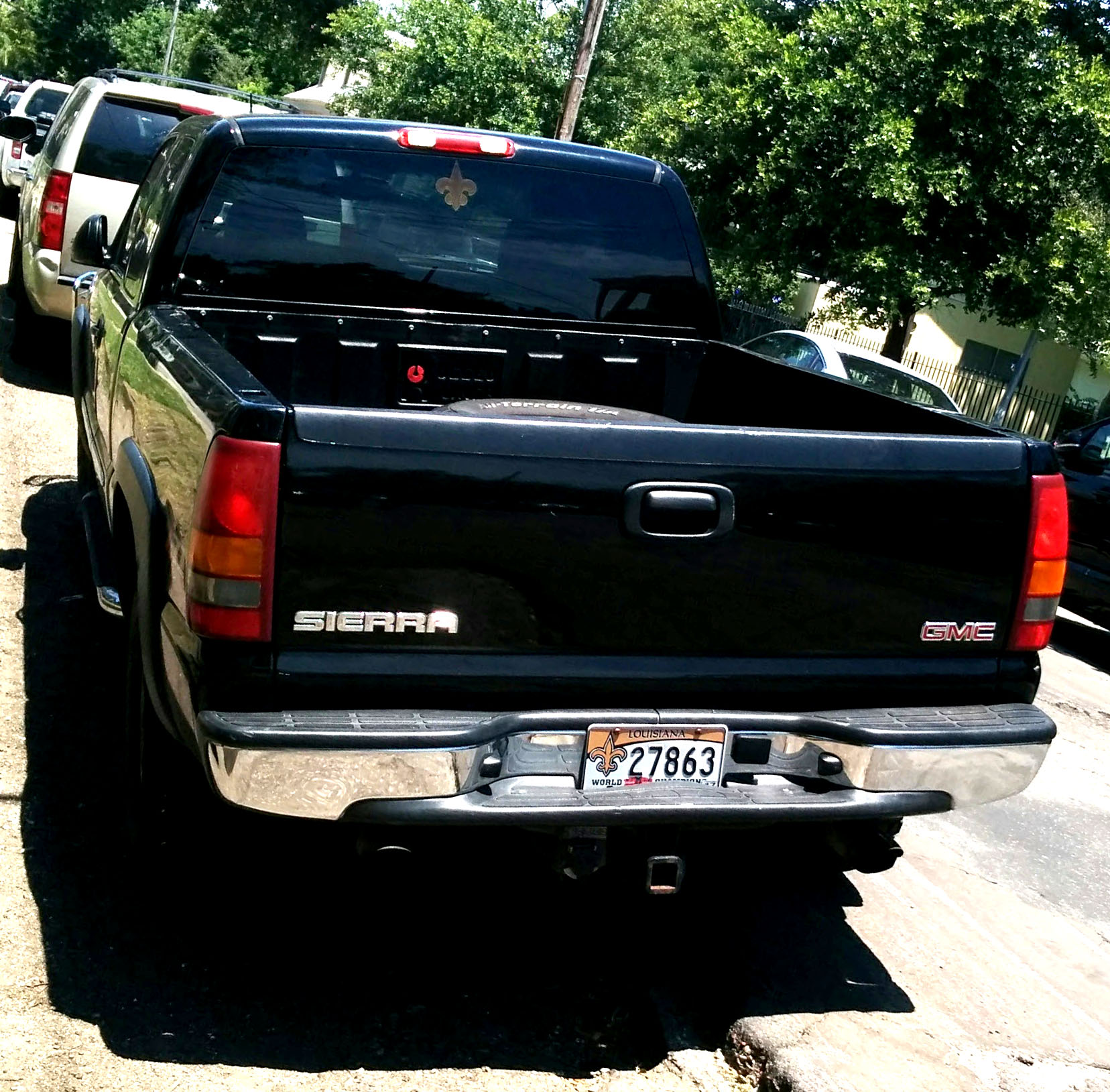 As a precautionary measure, take a couple of photos of your vehicle along with a photo of the license plate then keep it somewhere safe just in case. 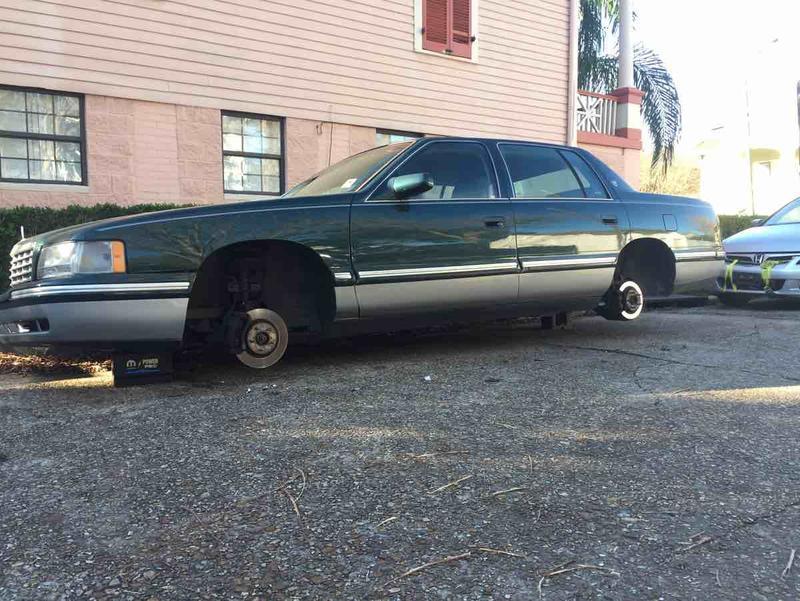 click on the photo for a larger view
Also in the 1500 block of Crete Street on Monday, January 23, 2017, Tommy Lewis reported that a neighbor found the wheels missing from their vehicle.

If you feel uneasy about getting from your car to your home, why not have the Fair Grounds Patrol meet you there?

Have a gut feeling something isn’t right? Don’t second guess yourself,
call the Fair Grounds Patrol.

Map of the Enchanced Patrol Area: 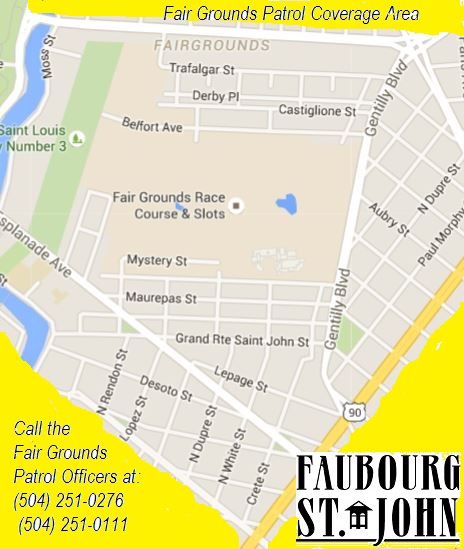 • Make sure you have your house number close to the front and back doors of your house.
Dark numbers on light trim are easiest to read. During an emergency, this could save precious moments.

• Never take valuables to the Gym with you. Even lockers that are locked can be the scene of a theft.