Sent in by Robert Thompson 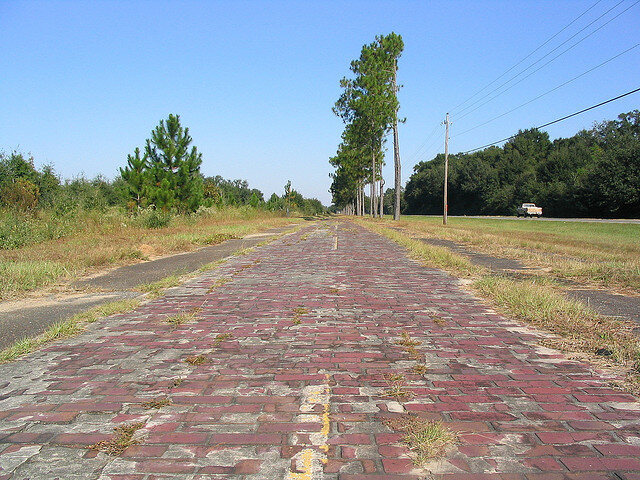 In the past 15 years, while hunting for missing pieces of the Old Spanish Trail, Charlotte Kahl would sometimes find herself following pick-up trucks. She could be in a town she’d never been in before, at 7 or 8 o’clock in the morning, and everything would be quiet. But when she found the shop with the pick-up trucks, she would find the farmers. They’d be done with feeding their animals, in town for their morning coffee.

“And those old farmers, if they can’t tell you where the highway was, they’ll tell you who to go see,” she says.

Kahl is the chairperson of OST100, an organization dedicated to one of the country’s original interstate routes, first conceived 100 years ago and now faded into a ghost road, buried beneath six-lane highways, suburban sprawl, or sometimes dirt, brush and feet of desert sand. The Old Spanish Trail, when it was completed in 1929, was 2,743 miles of brick, asphalt, concrete, and wooden plank, and it crossed the southernmost states from East to West, starting in St. Augustine, Florida, and ending in San Diego, California.

It’s still possible, if difficult, to make that trip on the old road. But Kahl and her organization aim to restore the Old Spanish Trail to its former vigor, as one of the country’s great interstate routes, the kind of road people fantasize about traveling from end to end.

And if her plan works, in 2029, a celebratory caravan of cars will start in St. Augustine and travel all the way to San Diego, on the the very same trip the road’s founders made 100 years before, when the trail was finally completed.

Get our latest, delivered straight to your inbox by subscribing to our newsletter. 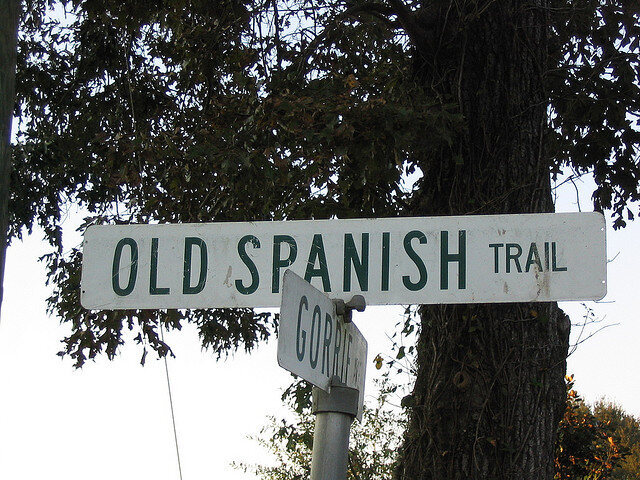 This road was built just as the dream of the American road trip took shape. For the first time, really, Americans could get in a car and drive west, west, and further west, until they hit the Pacific and had to wonder if they’d found what they were hoping for. In 1929, 70 percent of the road was paved, “and the rest is good going,” an advertising circular promised. Three years before, when just 50 percent was “paved or under contract,” Colonel Ed Fletcher drove the entire distance in 75 hours and 33 minutes, averaging 37 miles per hour, in the family Cadillac. The whole trip took a little over a week, and included a 14-mile boat ride across Mobile Bay, ferry trips in New Orleans and Beaumont, Texas, and a stop to take moving pictures in Yuma, Arizona.

From the beginning, the Old Spanish Trail was very deliberately laden with mystique. Harral Ayres, the road’s chief booster and director of the Old Spanish Trail Association, sold the road, not entirely accurately, as the “route first traveled in American by Spanish Conquistadors more than four hundred years ago.” It needed a little romance, though, because building it required tackling very practical and expensive problems. The tributaries rushing from the continent’s heart into the Gulf needed to be spanned with bridges; a road that ran along the Gulf also needed protection from the sea and waves. Further west, in the desert, roads were still being built of wooden planks, in sections which, when covered in sand, could be lifted at one end and cleaned off. In the end, the road cost about $80,000,000 to build—more than a billion in today’s dollars.

Although much of the original road has been subsumed by I-10 and other large highways, it’s still possible to drive long stretches of the road, at least as it existed in the 1930s, through Florida, Louisiana and Texas. And where the original route has been lost, Kahl is trying to convince others to find the road, map it, preserve it, and pretty it up. She is planning a centennial motorcade that will travel along the road all the way across the country. 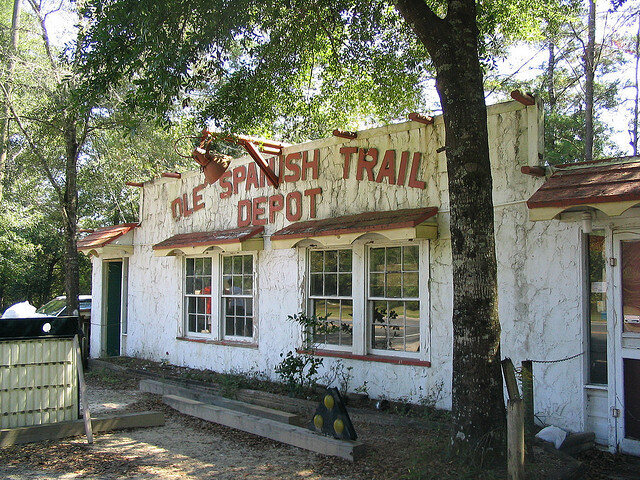 Preparations for that celebration begins this year, a century after planning for the road began. This winter, OST100 will convene a conference in Mobile, Alabama, where the first meeting of businessmen interested in building the road met, in 1915. At the time, there was no formal, federal system of interstate highways; instead, businessmen and activists from the Good Roads Movement were banding together to advocate and fundraise for roads where none had been. This new and growing network of roads was already rooting down into the south from points north. By the time the Old Spanish Trail’s founders first met, the Atlantic Highway connected Maine to Miami. The Dixie Highway, and the Jackson Highway were coming on down to other Southern cities. But there were no roads connecting the southern border states to each other. 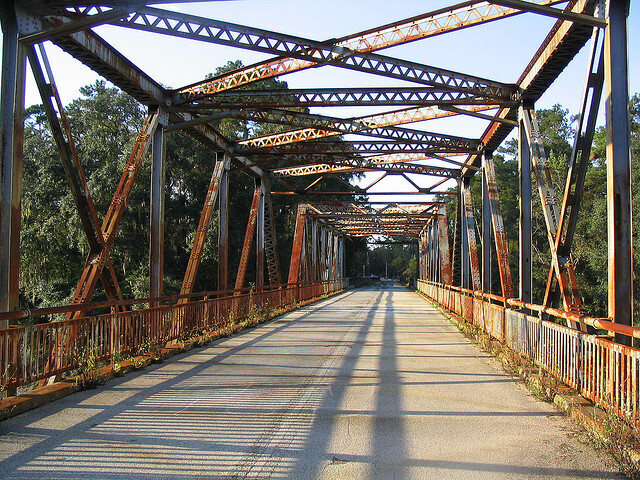 At that first meeting, the Old Spanish Trail was conceived as a road that could connect east to west, Florida to California. Harry Locke, a mapmaker and “pathfinder,” showed up with a route that would connect Houston and Los Angeles. But the exact route would take shape over years, as the Great World War delayed planning and different cities and regions vied to be on the road. There was a trickle of federal money for road-building, after the first highway funding bill passed in 1916, but the most part, roads went where businesses or communities would pay to build them. The early Old Spanish Trail Association was a dues-paying organization, and not paying had consequences.

“In Texas,” says Kahl, “there was a city that didn’t pay their dues. Another city wanted the road, and they were willing to pay for it.” The road jogged south—to the city that would pay.

Locke, who became the field engineer for the project, had a huge amount of power over the where the road would go, too. “He was strong-arming people to get advertisements,” says John Murphey, an architectural historian and old roads enthusiast, who’s driven the trail more than once. “When they were thinking of termini, in Florida, he was basically telling Miami: You put an advertisement in this map, or you’re not going to be the terminus.” (Apparently Miami did not budge, since the terminus is St. Augustine.)

By 1923, at least, the San Diego terminus had been chosen and the zero-mile stone set. And finally, after almost a decade and a half of construction, the road was declared complete in 1929, and the stone in St. Augustine dedicated. By then, the federal government had started work on system of numbered federal highways (the Old Spanish Trail would be part of what’s now called Old U.S. 80 and 90) and, less than a decade later, would start thinking about larger, better interstate roads—the country’s first superhighways, which would make early auto trails like the OST obsolete.

The Old Spanish Trail Association’s map of the road (Image: Courtesy of OST100)

Driving the Old Spanish Trail, if you want to stick to the original route as much as possible, is a bit of a challenge. Before Murphey and his wife set out on their first trip on the road, they had to go through a massive data gathering project, paging through old maps and publications, trying to plot that over current highway maps. “We probably missed some really vintage or private land alignments,” he says. “But we hit most of it. We did a lot of trespassing.”

Their effort paid off.  “When you hit a place that hasn’t been changed and there’s not modern development, it’s a little bit transcendent,” he says. “There’s a section east of Tallahassee that’s still red earth road. You can just imagine bobbing along in the 1920s.” 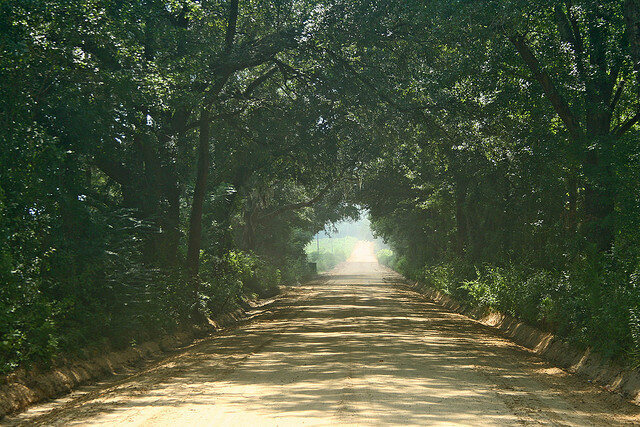 A stretch of original OST in the Florida panhandle (Photo: drivetheost/Flickr)

Of course, in many places, things have changed. In cities, the route of the old highway goes through run-down areas; outside, suburban sprawl lines roads that once would have been almost empty. These roads were built before the infrastructure to support travelers, and early roadtrippers would not have had the luxury of roadside motels and diners.

On some stretches, the OST has just been forgotten. Kahl first started researching the trail back in 2000, after a San Antonio road crew clearing room for equipment found a strange, stone bench hiding in the brush in a corner of her neighborhood.

“In south Texas, when we say brush, it’s pretty prickly,” she says. “You just don’t go in there. That’s the way it was saved for decades. We don’t even know how long it was overgrown.”

Besides the bench, there was a metal decoration with the letters OST woven into it, and when she went online to start puzzling out what it could mean, all she found was references to oysters and smoked turkey from Great Britain, University of Tennessee computer courses, and geographical references in German. 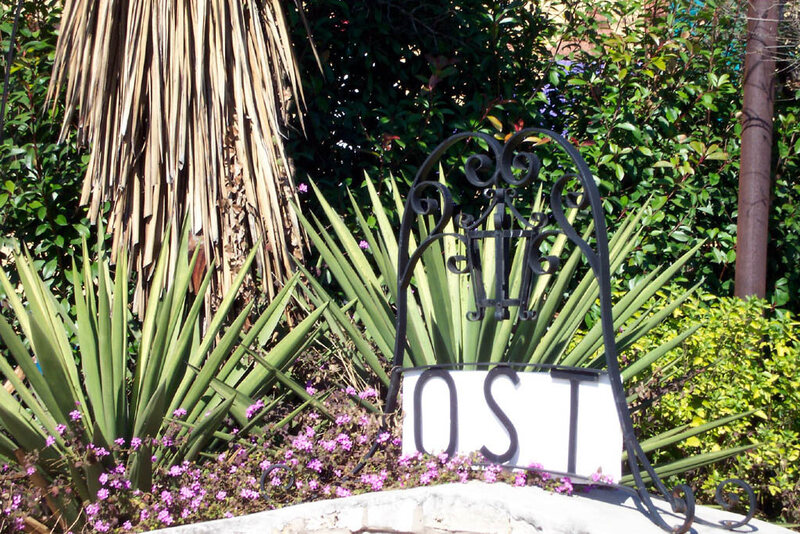 The bench in San Antonio (Image: Courtesy of OST100)

Even once she had found out the OST was a road, that didn’t help her find the actual route. She and a few others decided they would focus on documenting the 50 miles that run through San Antonio’s Bexar County. That’s how she found herself following pick-up trucks through small Texas towns and interviewing farmers.

Sometimes there’d be other clues, too. In Texas, the OST beautification committee planted palm trees along the road’s route, and as a result a straight row of palms heading straight off the curve of a road still echo the OST’s route. Low water crossings didn’t get bridges; old Model Ts had to cross them at an angle to make their way through. Any crossing built at a 90 degree angle to a small trickle of water is a hint to get out of the car and search in a farmer’s field for the trace of a road coming through the creek. At a ferry crossing, Kahl tramped through bushes and muck to find the dock and wharf. Sometimes the road would be abandoned, and she would have to take a metal pole and poke down to find where the asphalt was, under the overgrowth of the bushes and grass in the field, she says. 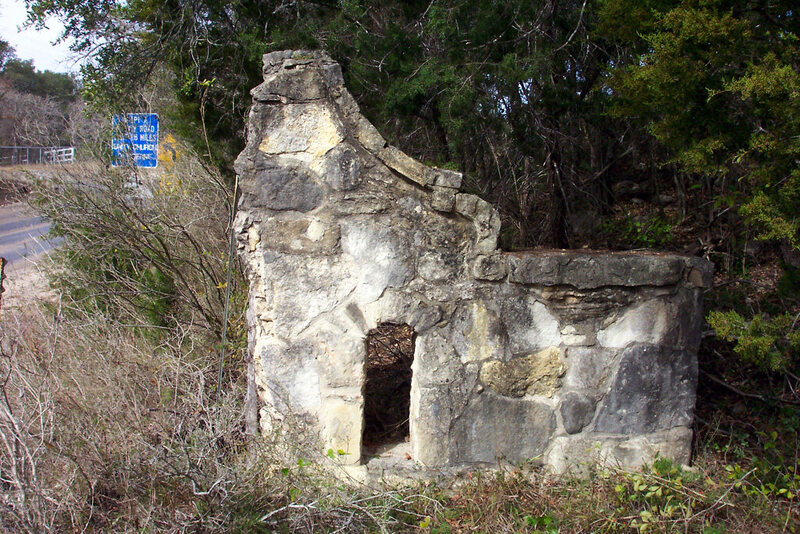 A county line marker along the old road (Photo: Courtesy of OST100)

This is the type of work that Kahl’s now trying to convince other people to take on. Her goal, by 2029, is to have the entire route historically designated. She’s also trying to convince the 67 counties along the route to build hiking and biking trails all along the way. “We call it cleaning up for the party,” she say. “We’re hoping by ‘29, tourists will be driving, walking, barnstorming and biking the trail.”

By then, she’ll be 87. But she’s still planning on traveling across the country to celebrate the centennial. “People will have to help me on and off the bus when we take that grand motorcade tour,” she says.

It seems like a massive project, but she figures that if the road’s founders built it in 15 years, her group can clean it up in that same time. And if they don’t, most likely the Old Spanish Trail will soon fade in obscurity forever. Once, the federal government might have funded this sort of historical preservation, but budgets are tighter now. As Murphey puts it, “It’s up to the communities to investigate their auto heritage and bring it to the fore.” And the Old Spanish Trail, he says, is really Charlotte’s baby. Now she just needs more people to sign on to help. 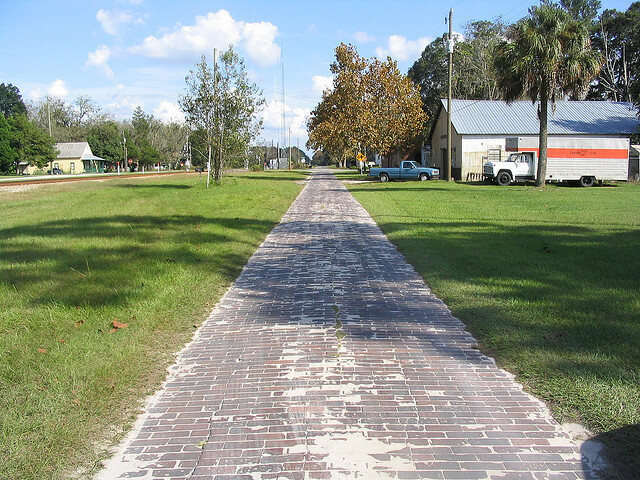 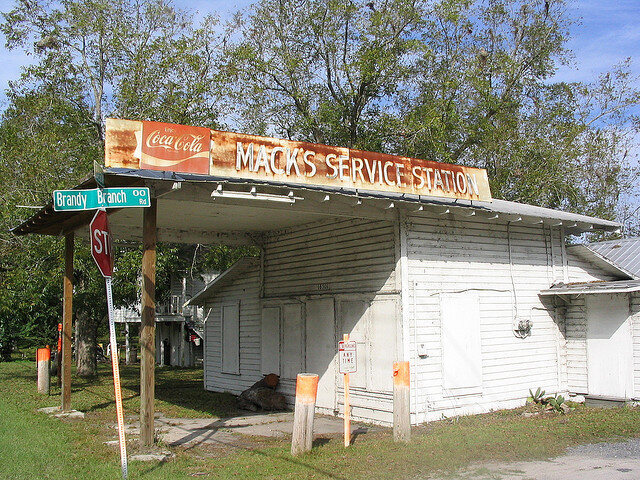 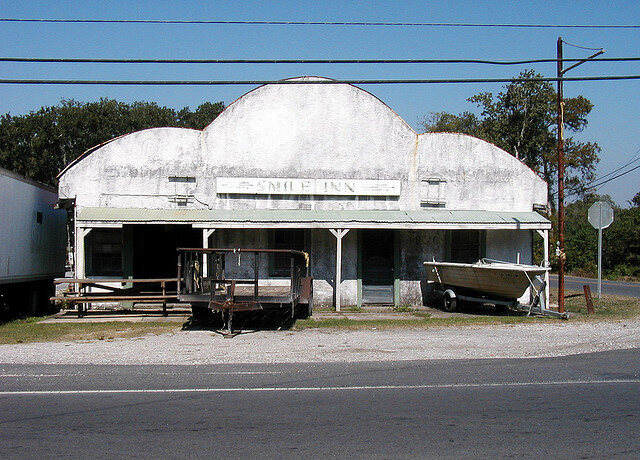 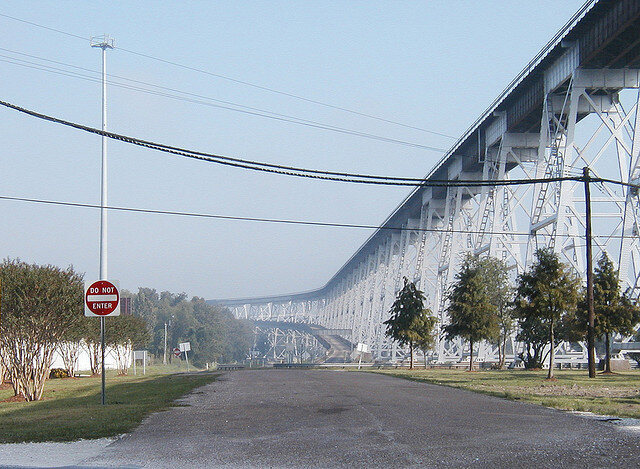 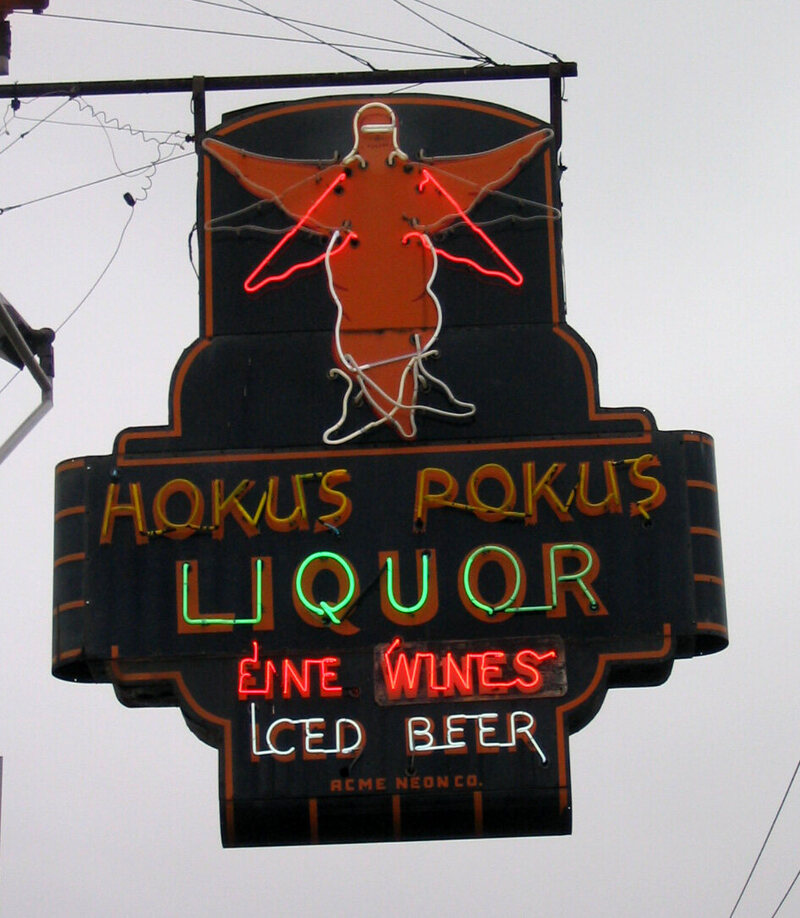 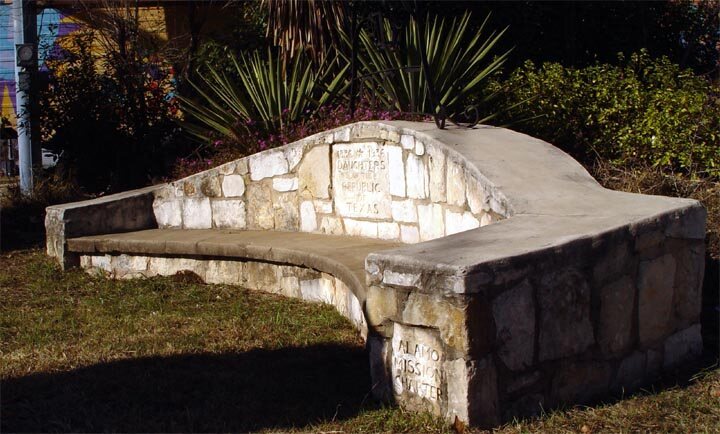 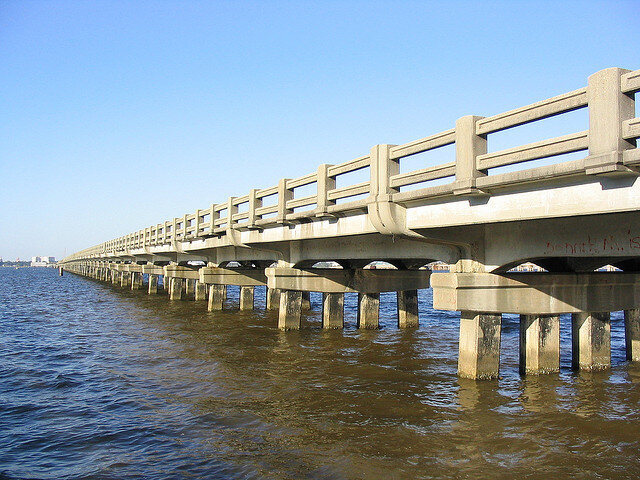 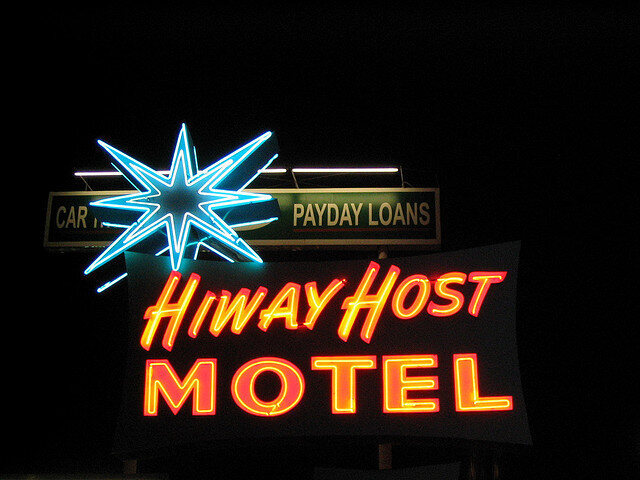 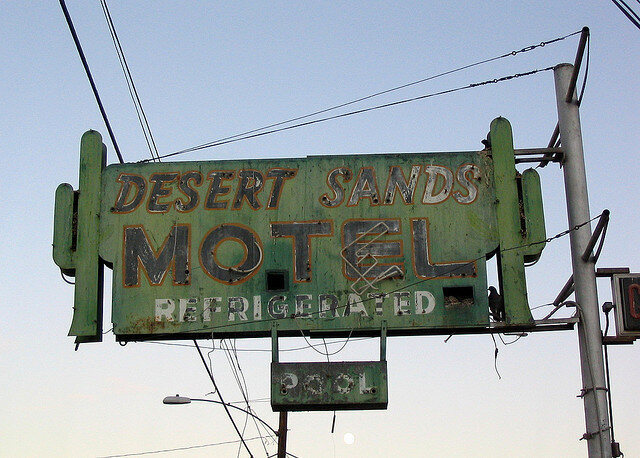