Here is an update on the one of the finials for the Magnolia Bridge that Eileen Duke notified me was being put out for the trash in front of a home on Moss Street on February 15, 2018:

I attempted to get the City to take possession of it. I even went to the DPW yard on Cortez to bring it. No one would accept responsibility for it nor was there any kind of intake process to make sure it could be found at a later date. I was told to “put it in the yard”. I told them in order to leave it that I needed more assurance that it could be found at a later date because of its historical significance. No dice.

So, I brought it back home for safekeeping and waited for the crew to get started working on the Magnolia Bridge. When worked commenced on the bridge, I talked to the guys working there but wasn’t able to get in touch with a decision maker. Then work on the bridge stopped for a while.

While walking along the banks of Bayou St. John this morning, I saw several official looking people with hard hats conversing near the Magnolia Bridge. I approached and met a man from the Federal Government and asked him about the finials on the bridge. He indicated that the finials was the topic of their conversation. The other men in the group were stunned at the coincidence. Also, the man from the Federal Government was leaving to go meet with the City about the finials for the bridge. The stars really did align.

Anyway, I brought the finial out there and learned from the manager of the crew that the finials that were on the bridge were copies made out of fiberglass. The one I brought over there is the only original finial from the bridge. It is entirely cast iron. The finial is now in the possession of the crew working on the Magnolia Bridge.

I had a meeting with Robert Thompson this morning about another project and he mentioned Jeff Poree who is a master craftsman familiar with all kinds of casting. The City has specified that the finials must be light weight and must be made from fiberglass. Mr. Poree went out to the Magnolia Bridge, discussed the City’s requirements, put in a bid and the manager of the crew sent it to the City.

So, Eileen Duke’s quick thinking on that early February morning on garbage pickup day set off a sequence of events that saved an historic artifact and contributed the the completion of the Magnolia Bridge. 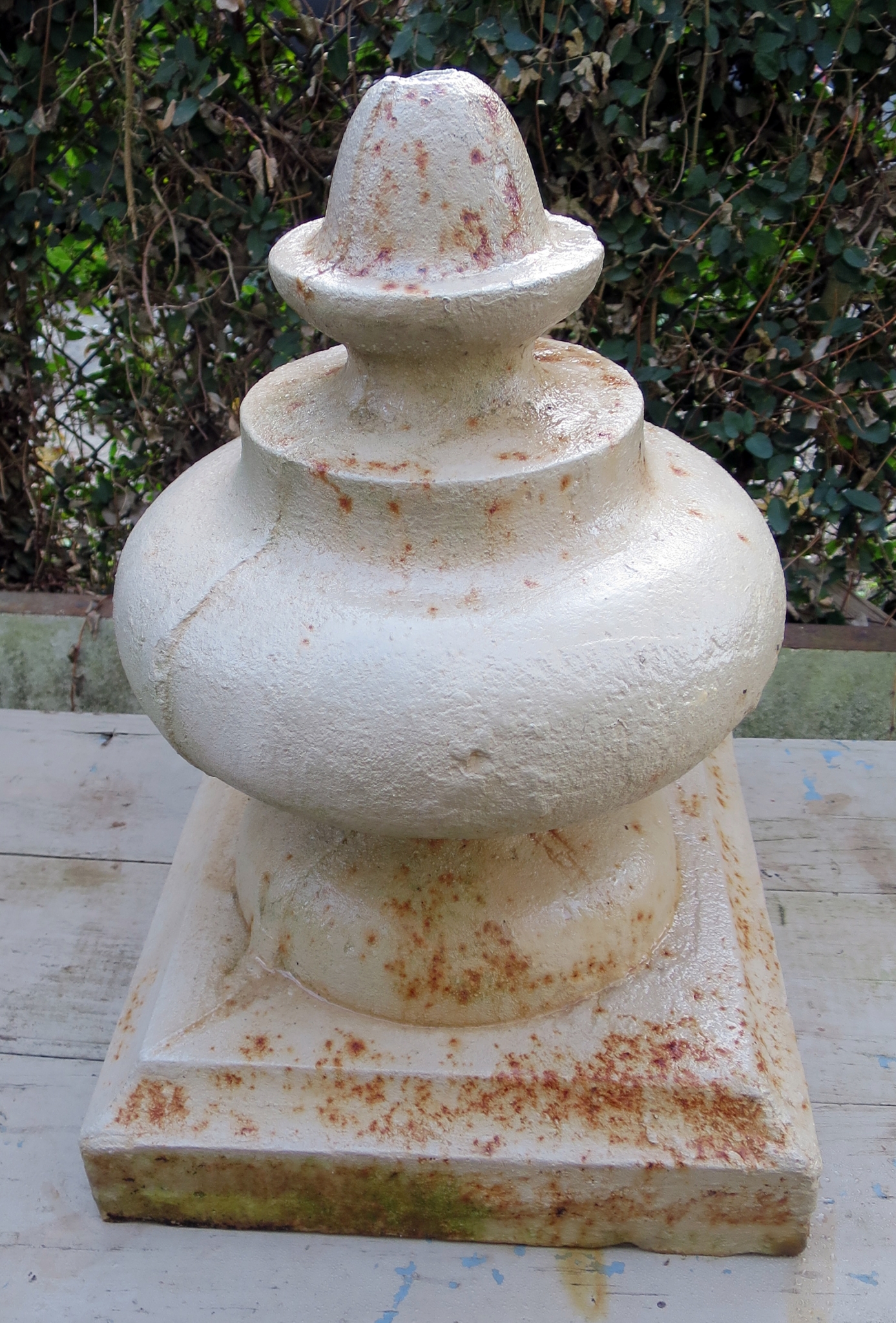