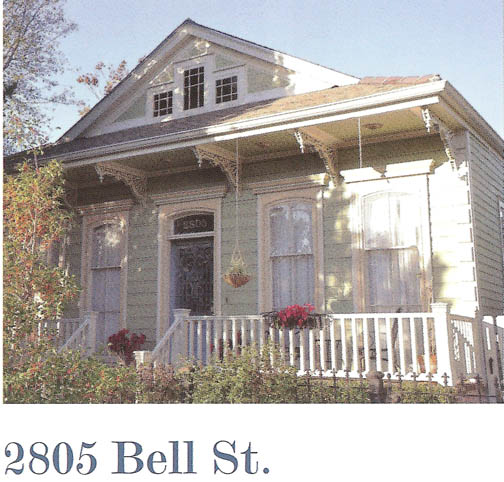 ONCE A SHOTGUN, this five-bay house with its central entrance between two large windows appears today to be a characteristic raised center-hall cottage. However, before the extensive 2002 renovations it actually was a typical double shotgun.

Visitors are greeted with a fleur-de-lis capped iron-fence, a myriad of hanging ferns and a leaded glass front door. Through this door is the center hall, flanked by an open parlor and dining room.

Windows and light are abundant throughout the house. Ample natural light permeates the vibrant blue master bedroom through french doors that replaced most of the traditional windows in the most recent renovation. For Brown and Kennedy, this has been a benefit for the many plants that adorn their home. Also illuminating the home is a glass wall leading to an insulated breezeway that connects the house and the garage. Through the glass wall, the deep blue walls of the primary living space contrast beautifully with the antiques and wooden furniture.

Despite these modern renovations, the house retains much of its historic character, in part by maintaining the traditional placement of the kitchen in the rear of the shotgun home. The garage along with a mother-in-law suite accessed through the breezeway stand where an outbuilding was once located.

After the house was sold by the original owners in 1904, it passed through inheritance to Leila Soniat Dufossat, with whom it remained until 1946 when, after changing hands several times over the course of a decade and one-half, it found its way to the family of Henry Songy, Jr. and his wife in 1961. The Songy’s raised their five children in the house and passed the property on to their children, who sold it to Russel Feran in 2002. 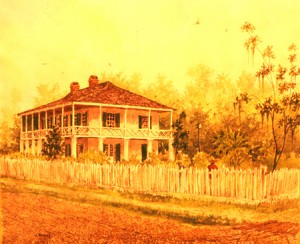