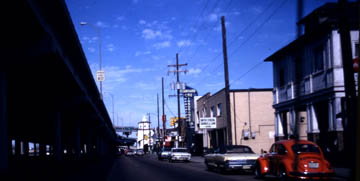 There she was suddenly in front of me, a tiny, black furry cat on wobbly legs crossing North Claiborne avenue near the cemeteries. She had just been bowled over by the backdraft of a passing car and was up on her little legs again, shaking her head, straddling a white line. My God, I thought she is going to be horribly injured or killed!

Glancing in my rear view mirror, cars were far enough behind for me to stop, block the street jump out and grab her. By that time, horns were honking and people yelling but a little old lady with white hair, barely visible above her steering wheel waived, smiled and blew me a kiss hollering out,” God bless you.” I waived back and jumped in my truck kitten in hand and was off. 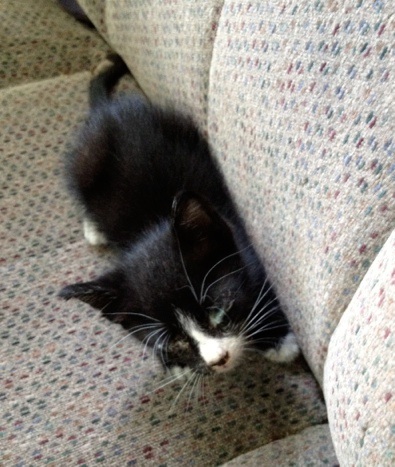 So, there she was mewing away in my passenger seat and I looked down and said, “ How you doing Claiborne ? ”

I was on a errand from work and quickly ran home with my new little friend and put her in a kennel by herself, away from the other pets, until we could visit the Vet later in the day. Claiborne had a few minor problems but nothing that time and medicine wouldn’t cure.

My wife, Diane was holding her in her lap downstairs later that night when a very curious little foster-dog we have, a Chihuahua named Joanie, became very, very interested in Claiborne and very attentive. A few moments later, Joanie had moved Claiborne from Diane’s lap and was snuggling with her, cleaning her ears and coat and a lot of other Mama Dog things including a very protective
attitude. 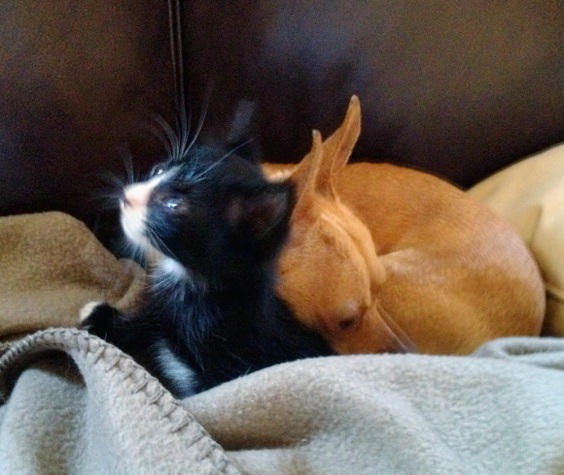 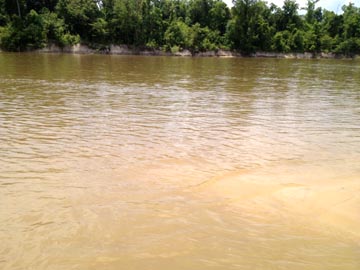 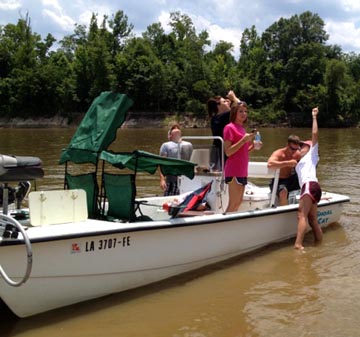 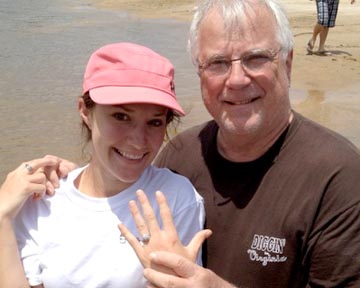 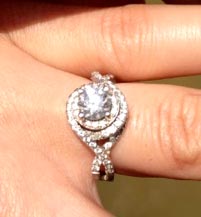 Faubourg St. John neighbor Richard Angelico is better known for his dedicated decades of service as an investigative reporter. Before he retired, he was known for “digging up mud” about the history of others. Now he digs in the mud to locate historical artifacts. Just like his journalism career, his present interest requires perspicacity and perspiration.

Mr. Angelico is part of a group known as “relic hunters”. Some hunt relics for profit but not Mr. Angelico. He does not sell what he finds but prefers to carefully preserve any museum quality items he finds. He is most proud of his recent find and says it is “a rare Louisiana Pelican Button made by Charles Bellenot who operated a shop at Exchange place and Bienville from 1851 to 1862. It is among the rarest of Louisiana Civil War Buttons.”

As you can see in the photos and documents below, Charles Bellenot didn’t just make buttons!

Charles Bellenot’s sign is listed as patent number 210,983. Mr. Bellenot’s idea was patented the same year as the telephone.

Check out the patent list for 1878
to see some very interesting inventions.