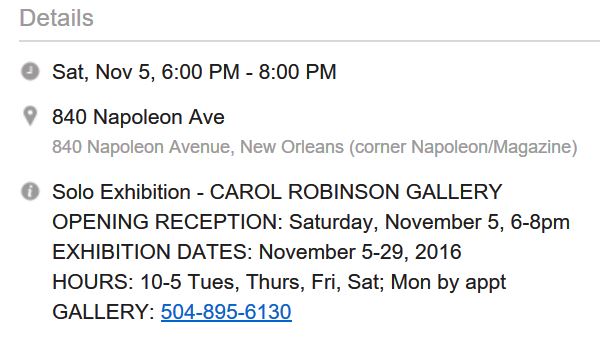 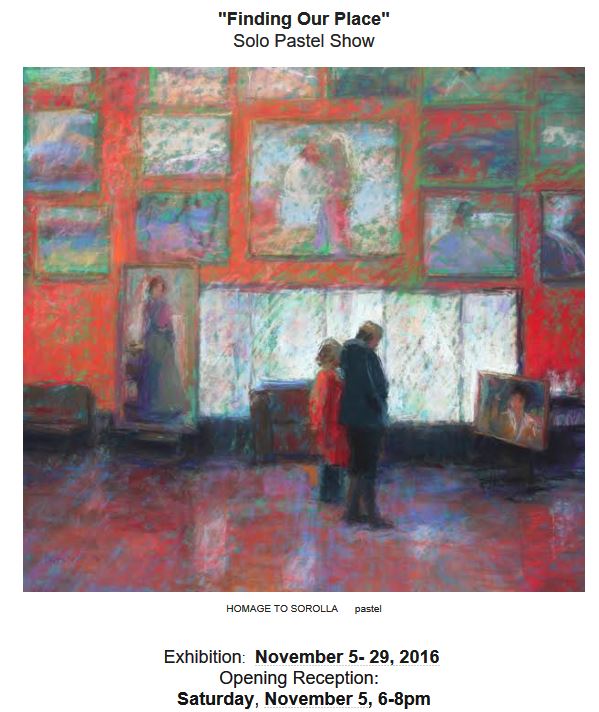 For more information, please visit the link below:
http://www.sandraburshell.com/default4.asp?WebsiteID=13063&theIF=%2Fud2%2Easp%3FWebsiteID%3D13063 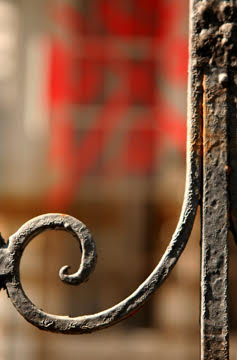 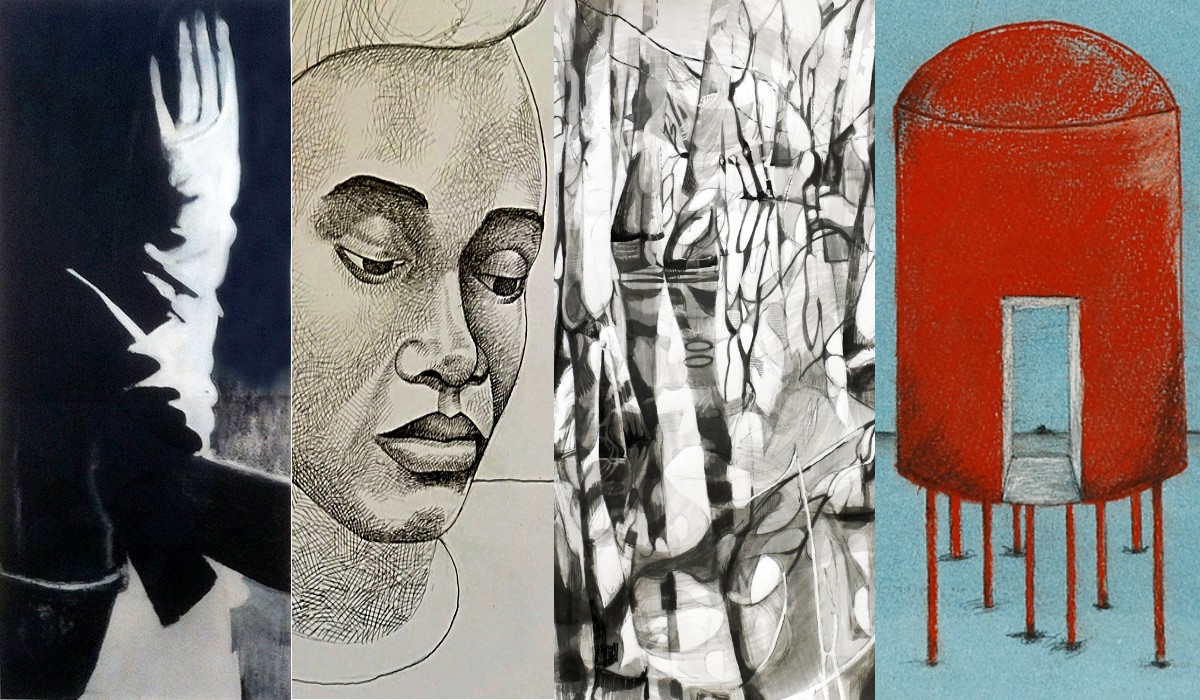 Medium Density can be seen at Staple Goods gallery on St. Claude – an artist collective of which Scott is a member. The show assembles 30 works on paper by 16 renowned New Orleans artists, including abstract and figurative pieces from very small to very large, some framed, some not, providing a wide selection for local collectors at reasonable cost.

Located two blocks from the new St. Roch Market, a visit to the gallery could be accompanied by a plate of oysters and an artisanal cocktail.

Medium Density is on view through July 5 (the gallery will be closed July 4).

Staple Goods is a collective of artists with a gallery in the St. Claude Arts District.  Their diverse membership includes painters, sculptors, ceramic artists, photographers, printmakers, videographers and an architect dedicated to innovative programming of contemporary art. In addition to showing their members’ work,  Staple Goods showcases selected artists from locations outside New Orleans as well as themed local shows.  Staple Goods is proud of their location within the close-knit St. Roch neighborhood.  Staple Goods strives to have programming that reflects collaboration with the community. 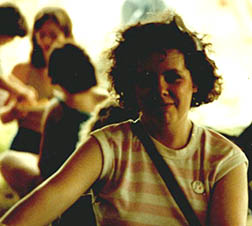 On Thursday, May 7, 2015, friends and family are invited to a memorial celebrating the life of Patricia McDonald Fowler. It will be held at the Aunt Sally’s Praline Shop located at 750 St. Charles Ave. from 5-7PM. 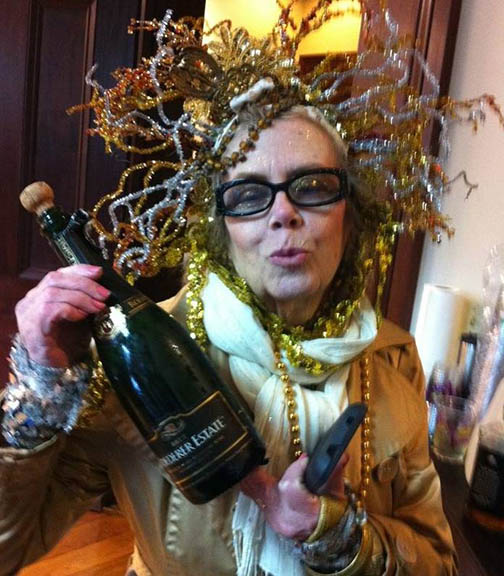 Pat spent a large portion of her life tirelessly working to keep Aunt Sally’s on track to continue to be a purveyor of all things New Orleans. She ran the French Quarter store for many years, acted as a creative director and recently, she committed countless hours helping with the historic renovation of the St. Charles building. 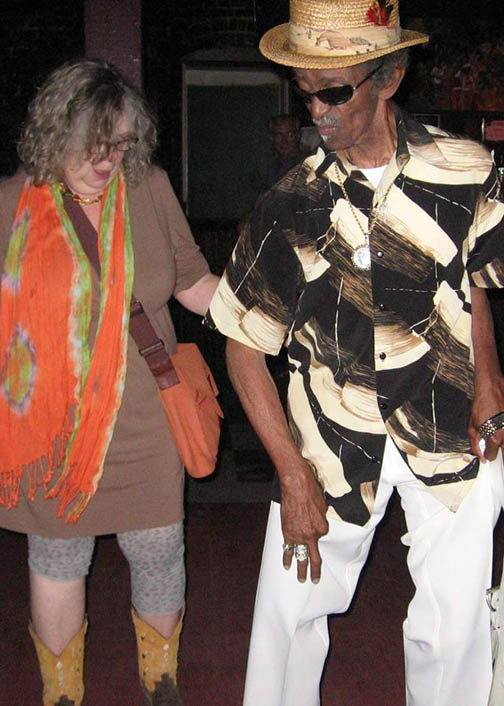 So, along with so many beautiful legacies that she left for the world, it is only fitting that we celebrate her life from this location that she helped to create. There will be art. There will be music. There will be dancing. There will be fun and interesting stories told and her spirit will run wild through our memories and love for her.

Enjoy the artwork of Pat McDonald Fowler below: 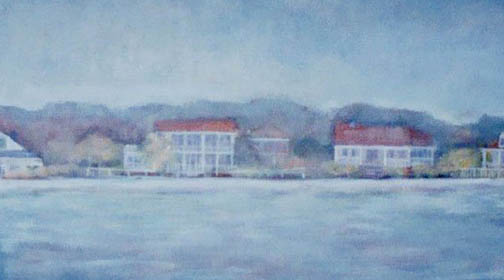 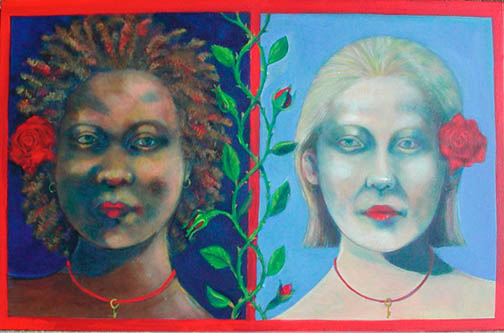 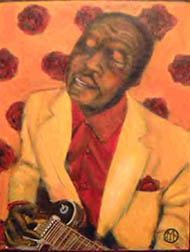 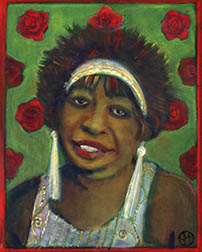 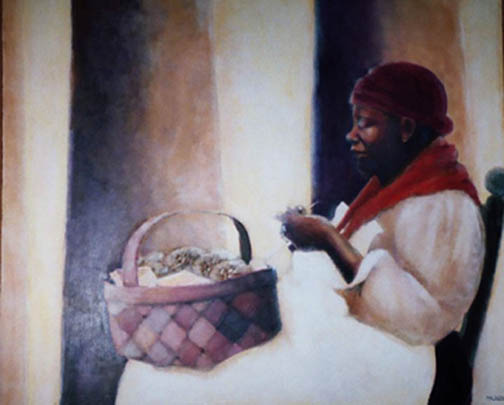 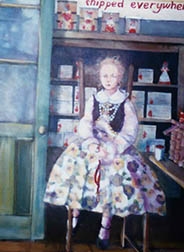 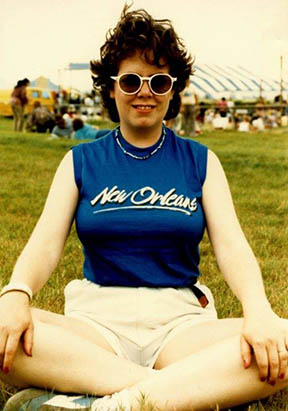 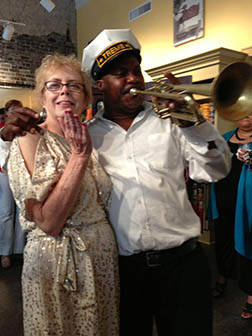 Dear Neighbors,
My Aunt Pat passed away this morning in her home peacefully with loved ones by her side. She was absolutely determined to make it to another Jazz Fest after courageously beating all odds the last couple years and was able to hear the opening day from her window. Words cannot describe how much love she had for our neighborhood. She helped to create our association and fought many times throughout the years to make it the gem that it is today. She was an incredible artist, New Orleans historian, businesswoman, cook, and all around wonderful person. I will miss her greatly and will be forever grateful for the interesting and amazing facets of NOLA culture that she introduced me to at a very early age. For those of you who knew her, there is no doubt that she would propose that the best thing to do at times like these is to hit the Fest and celebrate life. Hers was one definitely worth celebrating! So, please have a wonderful day and keep her and our family in your thoughts and prayers.

Dear Greg,
I know how much she loved this neighborhood and she gave so much. The neighborhood is what it is due to neighbors such as Pat. I know memories of her will sustain her family and friends in this time of loss.

Dear Greg,
We are so sad to hear of Pat’s passing. Her love for this neighborhood inspired so many of us to appreciate, improve and continue to preserve it. She was unselfishly generous with her time, her talents and her heart. Her legacy will surely live on among the tranquil and celebratory treasures and moments we all cherish in Faubourg St. John.

We are very grateful and proud to have known and loved Pat McDonald Fowler, 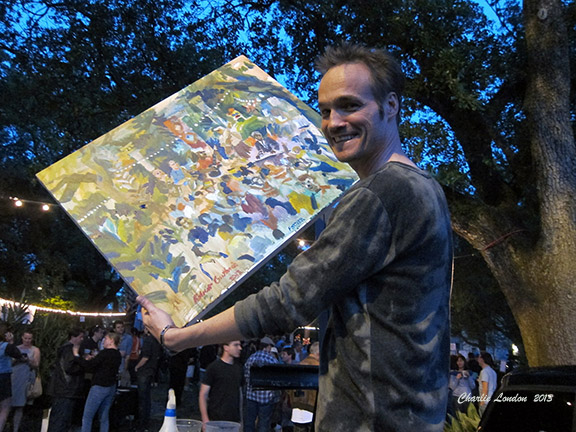 Everyone’s friend and neighbor, Robert Guthrie, died suddenly on Wednesday, February 26, 2014. His friends called him “Speedy”.    He was known for his fun loving personality and generosity. Robert Guthrie will live on in the hearts of many.

Obituary below published in the Times Picayune from March 3 through 5, 2014

GUTHRIE
Robert William Guthrie New Orleans has lost one of its finest, most beloved artists. Robert William Guthrie passed away at the age of 56 at his home near Bayou St. John. He was born in Memphis, Tennessee, and moved with his family to Louisiana in 1966, first to Baton Rouge, and to New Orleans in 1973. Robert graduated from LA Tech University with a Bachelor’s degree in graphic design. Making good use of his training, he proceeded with his vision of making a career in art. After graduation he moved to San Luis Potosi, Mexico, where he started a poster and print-making business. He taught serigraph printing at the Bellas Artes Institute there. Robert’s life in Mexico lit a fire that remained with him, both in his art and in his personal life. His distinctive art has been featured in solo and group exhibitions throughout the US, Mexico, the UK, and France.

In 1992 Robert was selected as the artist for the Official New Orleans Jazz and Heritage Festival, as well as being selected for the New Orleans Carnaval Latino. In 1999 he was the official designer for Les Rendezvous D’Lerdre in Nantes, France. As a renowned graphic artist, he also was selected to design and print posters for the Crescent City Classic, Jesuit High School, as well as official proclamations for the city of New Orleans. Robert also designed a bas-relief mural now permanently installed at the Audubon Zoo.

Robert taught watercolor at the New Orleans Academy of Fine Art, and was currently teaching painting classes at the JCC on St. Charles Ave. He successfully operated his own French Quarter gallery at 738 Royal St. until the building was sold. Robert effortlessly delved in polar opposites of art media, from the tediously slow process of silk screen printing, to the incredibly difficult and unforgiving water color. He made a difficult art look simple. His work included light, airy watercolors and bold prints mostly around New Orleans themes. His work is eagerly sought after and collected both in the United States and abroad.

Perhaps one of his biggest works of art was his new home. He purchased an old gas station and turned it into a work of art to live in. Robert, it must be noted, was a devoted Saints fan and long-time season ticket holder. He was preceded in death by his grandparents and by his father John William Guthrie. He is survived by his beloved son Patrick Guthrie, longtime partner Kathy Schorr and her daughter Georgia, his mother Martha Guthrie, his twin brother Byron Guthrie and son Benjamin Miles, and his brother John Guthrie and wife Margaret and children Byron and Sylvia. He is also survived by aunts, uncles and cousins in Tennessee, Arkansas, and Wisconsin. Relatives and friends are invited to attend the memorial service at Leitz-Eagan Funeral Home, 4747 Veterans Blvd, Metairie, LA, on Friday March 7th at 1:00 PM. Visitation begins at noon. There will be a reception immediately following services at his filling station home. The online guestbook is available at www.leitzeaganfuneralhome.com. 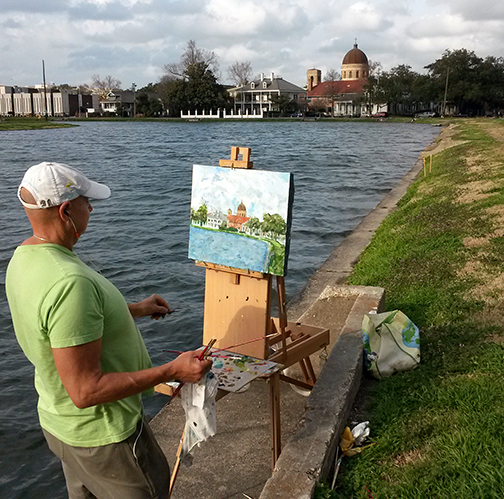 This artist, who consented to having their photo taken but wished to remain anonymous, took advantage of the beautiful weather today to paint Faubourg St. John in a beautiful light. 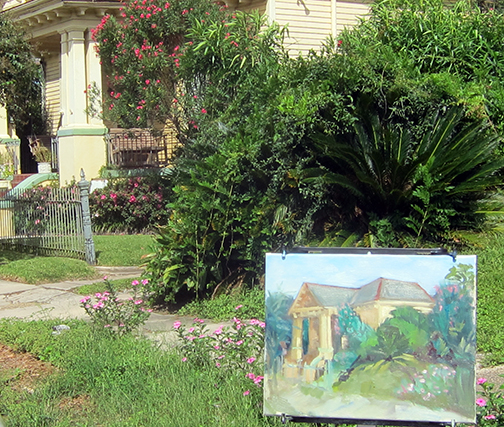 Artist Phil Sandusky and his student artists were at the corner of North Lopez and Desoto this morning. 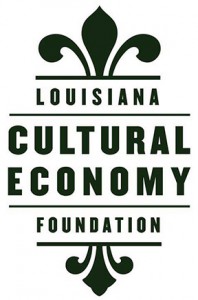 LCEF is calling all Louisiana artists to submit designs for our Cultural License Plate Contest!

A bill was signed into law by Governor Jindal in June 2013 to create a special license plate for the Louisiana Cultural Economy Foundation.  Representative Stephen Ortego co-authored the bill along with Senator Karen Carter Peterson and was instrumental in helping to get it passed.

LCEF is calling all Louisiana artists to submit an original design that best expresses Louisiana’s unique culture to feature on the new license plate.  Whether the focus is art, music, food, architecture, or some combination, the design should speak to our state’s vibrant heritage and culture.

The Winner Will Receive:

The deadline for submissions is Friday, August 9, 2013.

Ready to submit your design?

How do we love Louisiana? Let us count the ways:
1.The distinctive music.
2.The flavorful and innovative cuisine.
3.The amazing and emotional folk and fine arts.
4.The unique and beautiful blend of cultures and traditions.
5.Our southern hospitality.
6.How we write and tell our stories.
7.The beauty and abundance of our wildlife and terrain.
8.The inspiration of our architecture.
9.Our rich and complex history.

Visitors love Louisiana for its culture. And one out of every 12 Louisiana workers depends on our cultural industry for their economic livelihood. 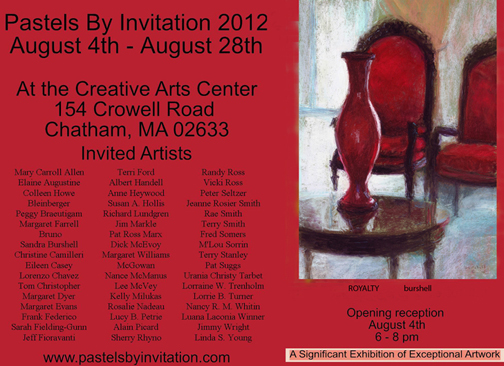 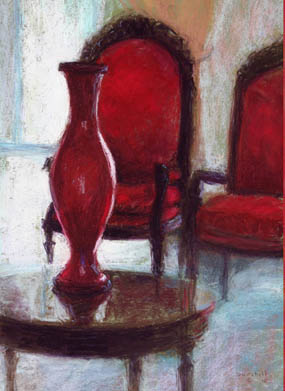 Please CLICK HERE or on the artwork for more information.