70% of those who use public parks use them for passive purposes. But municipalities too often look at parks as vacant unused land that needs to be developed and programmed. Our own master plan warns against this kind of thinking:

“Cities that give up park land end up regretting it. A robust network of green space and parks is a critical asset for quality of life and urban success. It helps retain existing residents and attracts new ones.  When cities looking for “free land” establish other public facilities on park land, they are chipping away at the community’s overall inventory of park land.  Often, it is more costly or otherwise more difficult to acquire new park land. For this reason, it is important to make sure that, at a minimum, the city maintain a commitment to keeping the same overall amount of park land that it has at present.”     Master Plan, Vol 2, Chap 7. p 15.

But, despite this language, our parks continue to be threatened by development and overprogramming. That’s why we need to amend the Master Plan to put language in Chapter 14 (the one that everyone agrees has the force of law) to stop commercialization and development in our parks.  We need parks for residents, not parking lots and “attractions” for tourists.”

article below by Charles A. Birnbaum President & CEO, The Cultural Landscape Foundation

Has the time come to refine how we measure the value of historic parks like  Audubon and City Parks in New Orleans?

What about the irreplaceable historic and cultural values that are embedded in these places?

The Trust for Public Land’s annual ParkScore® Index ranks land owned by regional, state, and federal agencies within the 100 most populous U.S. cities—including school playgrounds formally open to the public and greenways that function as parks. The ranking criteria includes acreage (park acreage as a percent of city area), facilities and investment (spending per resident), and access (the number of residents within a ten-minute walk). However, the measure of acreage doesn’t take into account parkland and open space lost to new construction within a park. Consequently, the measure of overall acreage may not be affected by new construction within a park, but the amount of actual open space is.

In New Orleans,  open space in Audubon Park today only accounts for about one third of the park; it’s a sliver around the park’s periphery, along with some other limited interstitial space. City Park could soon lose eight acres to the Children’s Museum expansion. That’s a quantitative and qualitative difference that needs to be measured, particularly as it affects many residents’ quality of life.

With the renaissance of cities, and more and more users taking advantage of our municipal parks, when will the public demand that open space be left open? Will we draw a line in the grass that says municipalities can no longer repurpose meadows for museums and trade pastoral parkland for parking? Will we declare that parks held in public trust—especially masterworks designed by great landscape architects—are not free for the taking?

The majority of our park users—more than 70%—use public parks for passive enjoyment. These vulnerable spaces are living, connective tissue composed of soil, rock, trees and lawn; but more than that, they tell our stories as a community and a nation. 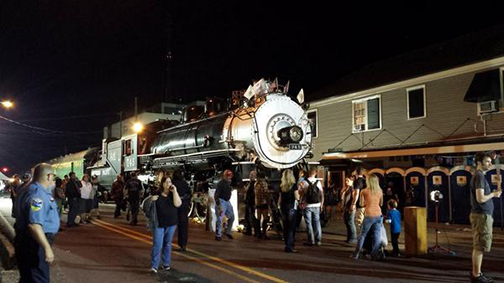 The photo was taken in Gretna, LA on October 4, 2014.
Photo courtesy the Louisiana Steam Train Association.

The Louisiana Steam Train Association is a non-profit 501(c)3 organization run entirely by volunteers. Our mission is to educate and entertain the public about railroading in general and steam railroading in particular. LASTA is supported entirely by gifts, donations, and labor of the community and other organizations to which it is eternally grateful. More in the link:
http://lasta.org/?page_id=14
“The engine was actually built in Algiers at the Southern Pacific shops,” said Bill Morris, with the Louisiana Steam Train Association. “She was built in 1921, and there was 11 of them built in Algiers. She is the only surviving Louisiana-built standard gauge locomotive in existence and, she is on the National Register of Historical Places.” Please visit the link below for the rest of the story:
http://www.fox8live.com/story/24594984/heart-of-louisiana-locomotive-745 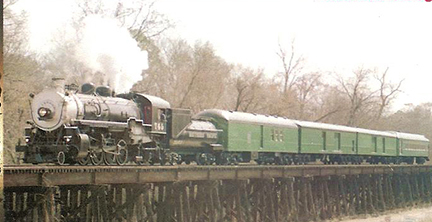