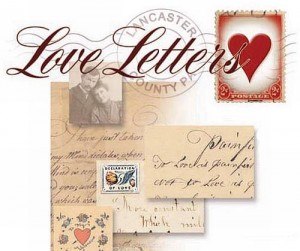 Their 573 love letters, which capture their blossoming love and their forbidden marriage, have long fascinated scholars and poetry fans. Though transcriptions of their correspondence have been published, the handwritten letters could be seen only at Wellesley College, where the collection has been kept since 1930.

Starting Valentine’s Day, their famous love letters became available online. Readers can see them just as they were written — with creased paper, fading ink, quill pen cross-outs, and even the envelopes.

The digitization is a collaboration between Wellesley and Baylor University in Waco, Texas, which houses the world’s largest collection of books, letters and other items related to the Brownings.

Wellesley administrators hope the project will expose romantics, poetry fans and others to their love story.

Barrett, one of the best-known Victorian era poets, had a chronic illness and was in her late 30s when Browning first wrote in 1845 to tell her he admired her work. They met for the first time in their fifth month of correspondence.

After more than a year of almost daily letters, they wed in secret in September 1846, defying her father’s prohibition against her ever marrying. They fled from London to Italy, where doctors had said her health might improve. Her father disinherited her and never spoke to her again.

“It’s the fact that she defied her father, she was in ill health, they fell in love through letters, she left with hardly anything,” said Wellesley’s curator of special collections, Ruth Rogers. “If you want a perfect romance, just read the letters.”

The website set up for readers to see the correspondence includes both the handwritten letters and transcriptions, as well as a zoom function for readers to try to decipher faded or illegible words.

Readers can see for themselves how they fall in love, while corresponding about other writers, philosophy and their own work.

Barrett first wrote the lines of what would become her most famous poem after she met Browning, “How Do I Love Thee? Let me count the ways.”