Please write to nopd1stdistrict@nola.gov if you have any information or a photo of the license plate of the vehicle in the video below.

By Richard Rainey, NOLA.com | The Times-Picayune

A cyclist in Bayou St. John suffered cracked ribs and a broken back Tuesday (Sept. 27) when a white sedan hit her before speeding off, according to her attorney, Charlie Thomas.

A video from a nearby house shows a cyclist, who Thomas identified as Michelle Phillips, in the distance riding towards the Mississippi River on Esplanade Avenue. As she crosses Crete Street, a white sedan drives through the intersection, striking her to the ground before speeding off.

There is a stop sign on Crete at that intersection.

In the video, the driver passes in front of the house with the camera.

New Orleans police confirmed they responded to a call about a hit-and-run at 6:09 p.m. They arrived to find a cyclist had been injured.

Thomas said Phillips was rushed to a hospital by ambulance and treated for cracked vertebra and ribs. She was released Thursday.

The crash comes on the heels of an arrest in another hit-and-run on a cyclist earlier this month.

Rebekah Abernathy was struck from behind Sept. 12 as she traveled on Magazine Street in front of the World War II Museum. The driver, Michael Foley was arrested Wednesday after turning himself in.

Magazine and Esplanade both have dedicated bike lanes. 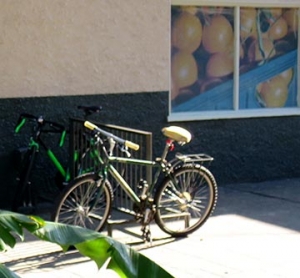 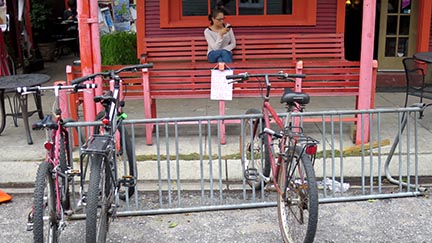 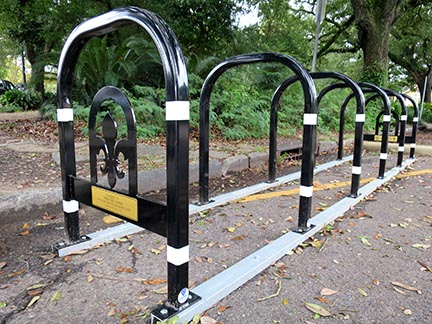 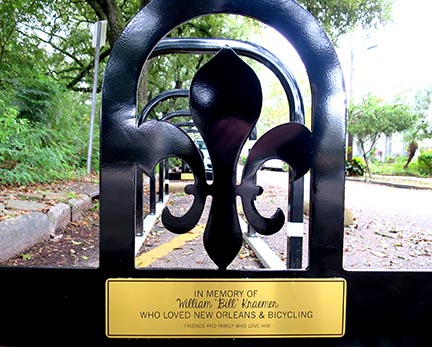 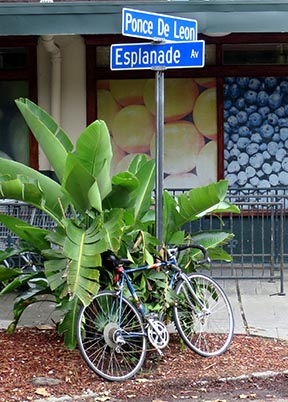 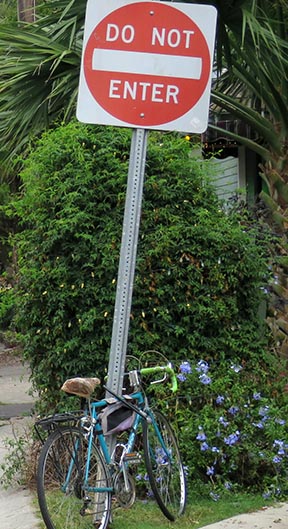 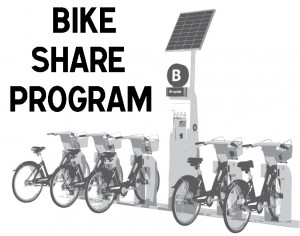