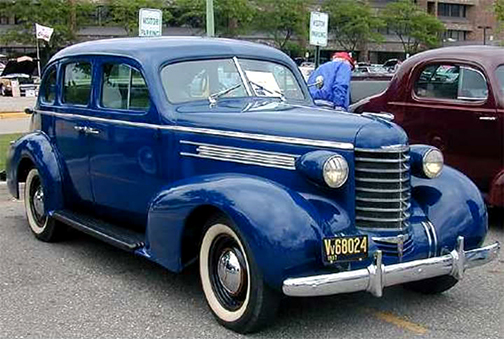 Faubourg St. John neighbor Phil Shall recently recounted memories of his first car. He found the car with no wheels and up on blocks sometime around 1949. It was in a garage at the end of Ponce de Leon where Vignaud street intersects. It was a blue 1937 Oldsmobile.

He offered to buy the car, got some wheels and tires, did some repairs and he was good to go. And man did he go. “Mr. Phil”, as he is commonly known now, would often travel the streets in and around Metairie. At that time, many of the streets were still unpaved.

He would travel up and down those streets leaving a large cloud of dust.
Folks began remarking, “there goes the blue goose again”.

Do you have a story to tell? Your first car, family stories, a hobby or passion of yours? Send your story along with photos to info@fsjna.org and you might see it at https://fsjna.org