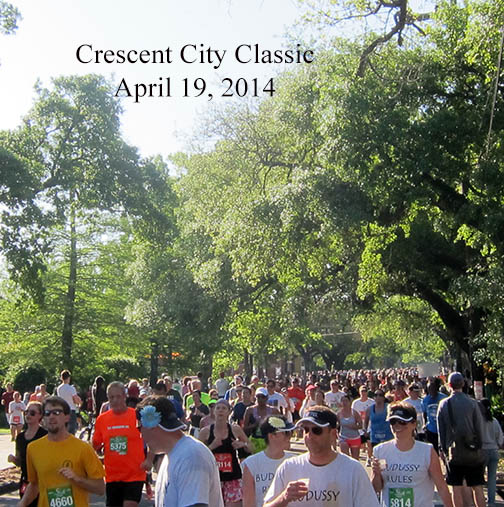 click on any photo below for a larger view

Photos by Charlie London
Expect a spectacle at Esplanade and Mystery. Look for TEAM HUMANA at MILE 4 sometime after 10 a.m. with Faubourg St. John‘s own Bonnie Lee downing jello shots along the route. Party with your neighbors at Esplanade and Mystery this Saturday from 10 a.m. until we all fall down. The Easter Bunny has been known to make surprise appearances during the Crescent City Classic. He usually shows up in the 3000 block of Esplanade.

The Crescent City Classic will once again run through Faubourg St. John on Saturday, April 19th. Expect a spectacle at Esplanade and Mystery!

Click on any photo or graphic for race details. 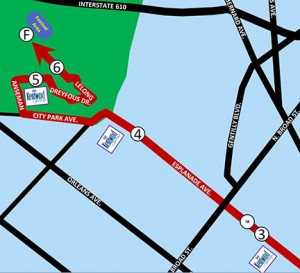 The first runners generally arrive at mile 4 around 8:45 a.m. The partying at MILE 4 generally begins around 10 a.m. Click on the map for race details. 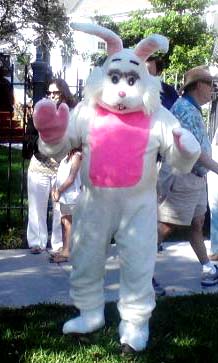 WWL-TV posted this photo on their website of the Easter Bunny in Faubourg St. John this morning.

The Easter Bunny was waving to everyone on Esplanade Avenue at today’s Crescent City Classic.