TO REPORT SOUND COMPLAINTS: (512) 806-7910 or soundhotline@voodoofestival.com

There is limited street parking near and around City Park. Please be aware of any signs restricting parking. Overnight parking, walking, sleeping, camping by individuals or groups is prohibited within the confines of City Park. Also, parking on the Bayou or the Neutral Ground (median) is illegal and you will be towed. 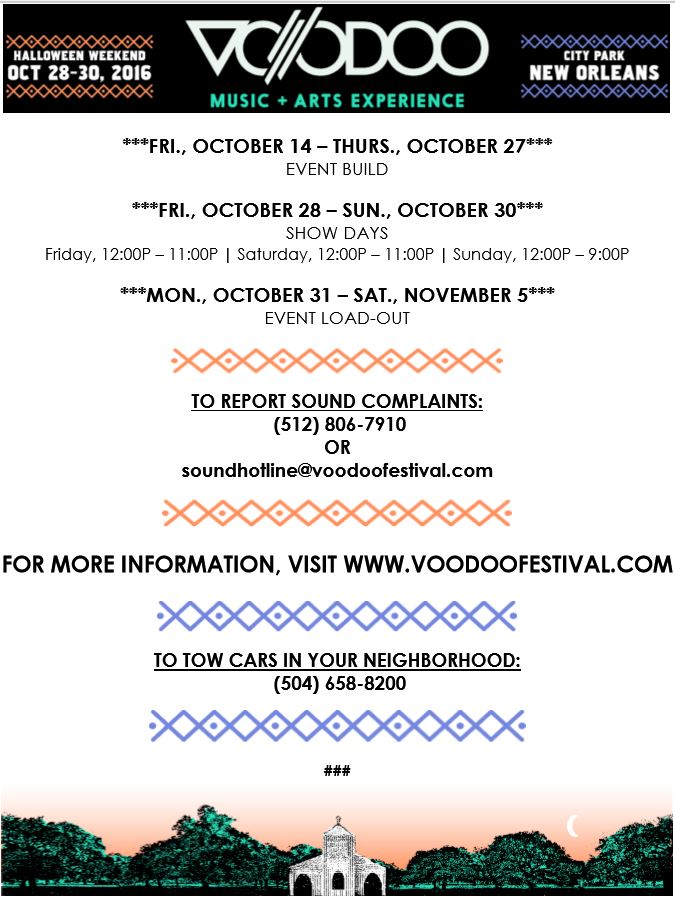 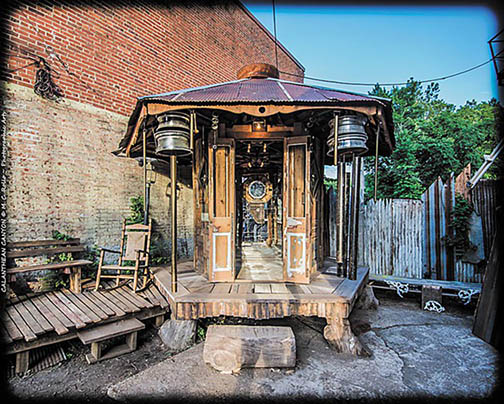 Swing in the Oaks

Concert FREE and open to the public.

Faubourg St. John neighbor Mark Fowler would like you to know, “Lips & the Trips are back at neighborhood favorite Fairgrinds Coffeehouse for a free set or so Friday, July 20 from 7:30 – 9:00 pm! 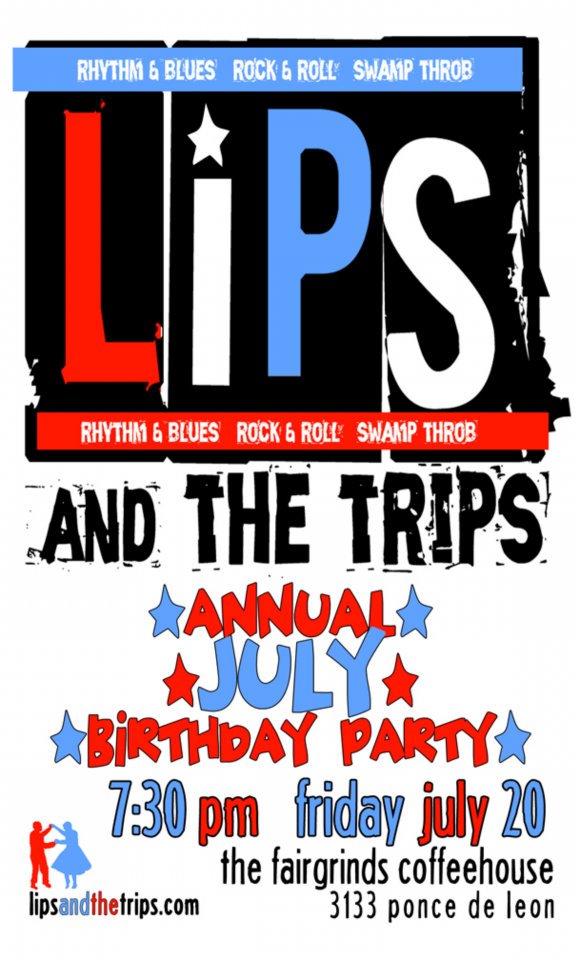 Back at Fairgrinds Coffeehouse for a big July Birthdays Party! Lips & the Trips – “Let them eat cake!” All our friends with July birthdays (including Lips and me) – should drop on by. Friday July 20 (the day after my birthday). 7:30pm