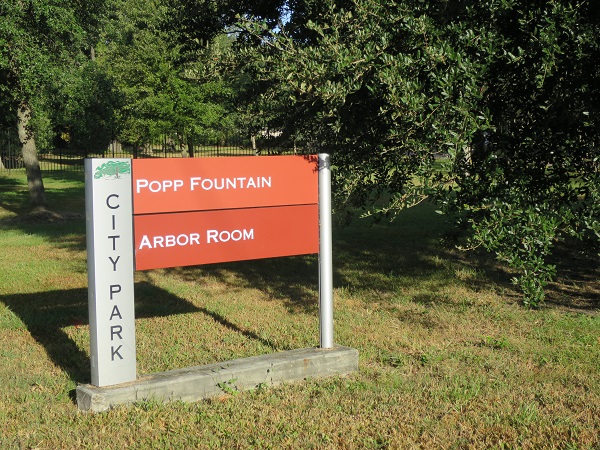 This process could lead to a formal amendment to the Park’s Master Plan.   Participants at the first workshop will be divided into groups to work together to present and discuss their ideas for the site.

Concept plans will then be prepared and the public’s input on those concepts received at the second workshop.

Comments and ideas about this area of the Park may also be expressed by commenting on this link.

If you want to share with others, please do not share the survey url as it unique to each person. To share, please copy this page’s url. 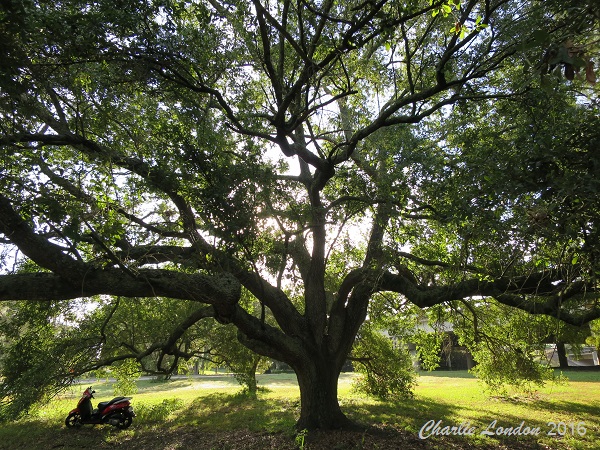 Sidney Torres IV released the information below yesterday on his website… http://www.sdtivcapital.com/press/

New Orleans, LA – IV Capital, the venture capital firm founded by New Orleans entrepreneur Sidney Torres, IV, funded the sale Friday of a nine-acre plot of land along Bayou St. John in Mid-City. With approximately 380,000 square feet adjacent to the Lafitte Greenway, the tract is one of the most expansive continuous pieces of land slated for development in New Orleans. The sale completed the largest transfer of mid-city land in decades and is a sign of the pace of development in New Orleans as the city approaches the 10-year anniversary of Hurricane Katrina.

Torres and Partners plans to develop the property into a high-end mixed-use residential and commercial community well situated to serve the area’s burgeoning medical district. “When I first saw this property I was amazed by its beauty and centralized convenience,” Torres said. “It’s going to be a wonderful place to live and visit.”

Preliminary plans call for homes and amenities to be developed in collaboration with experienced builders to fit seamlessly within the fabric of the New Orleans cityscape and specifically in Faubourg St. John. Torres continued, “I’m excited to have such a great canvas on which to paint our shared vision.”

Bayou St. John will be the flagship residential connector between downtown New Orleans and the French Quarter to City Park. It was patterned to be similar in quality of life to Florida’s Alys Beach and is entirely in keeping with New Orleans’ historic architecture. Torres envisions a community with apartments and houses, kayaks and paddleboards along the bayou, fire pits on the bank, children’s playgrounds as well as bike paths, a gymnasium, café and boutique hotel. “We have already been contacted by an experienced builder about developing two 80,000 square-foot parcels into apartments and we encourage people to bring their best ideas to the table,” Torres reiterates. “This is an entirely new approach to development. If you have a great idea, Bayou St. John is the opportunity you’ve been waiting for.”

One plan under consideration is for substantial portions of the community to be closed to vehicular traffic with walkways for pedestrians and bicycles only. “We can build houses so that the garage is in the rear and no cars are allowed on the bayou side,” Torres explains. “Everything is preliminary, but the limits of possibility are what people can imagine and what is good for the community. It’s an exciting process.”

Torres, via IV Capital, is the managing partner of a trio of accomplished investors including Joseph Jaeger and Hicham Khodr. Jaeger, owner of MCC Group, has a deep resume in developing New Orleans real estate and owns a number of hotels. Khodr is the man behind such well-known Big Easy venues as Camellia and has partnered with Emeril Lagasse to create the popular French Quarter restaurant Nola. Commenting on the partnership, Torres said, “This was an opportunity to create a powerful coalition. Their expertise in New Orleans development will add great depth and confidence to the project.”

The Bayou St. John development marks a renewed emphasis for Torres on the New Orleans real estate front where he began his career 20 years ago. In the past several years, he has developed and sold upscale resorts in the U.S. and Caribbean, amassing a large real estate portfolio. He is now poised to bring his signature intensity to creating high-end living and working communities in New Orleans and throughout Louisiana.

“I like to spend a lot of time walking around and immersing myself in the atmosphere of a piece of land before I develop it,” Torres explained. “I get more exhilarated every time I visit the Bayou St. John site. Its design and creation is an opportunity to do something genuinely unique to benefit our city. Since its creation five years ago, IV Capital’s mission has always been about helping people accomplish their dreams. This is one of mine.” 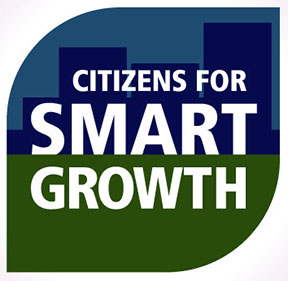 Click on the logo for more information about SMART GROWTH. Smart Growth America and Global Green USA are soliciting applications for technical assistance, which is available under grants EPA awarded to these two organizations through the Office of Sustainable Communities’ Building Blocks for Sustainable Communities grant program. (Listen to the November 6 webinar about both offerings.)

Global Green USA’s technical assistance is based on the LEED for Neighborhood Development standard, which provides a nationally recognized method for creating neighborhoods that are walkable, bikeable, resource-efficient, and equitable. At the conclusion of the assistance, the team will provide recommendations for both physical and policy changes that can enhance neighborhood sustainability.

View the application. Applications are due to Smart Growth America by Friday, December 6, 2013, 5:00 PM EST.

Additional assistance may be available from EPA and other grantees in 2014. 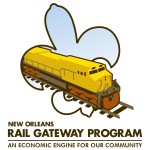 The Louisiana Department of Transportation and Development and the Federal Railroad Administration will conduct and open forum meeting on upgrades to New Orleans Rail Gateway Program in Orleans and Jefferson parishes.

A public meeting will be held tonight: 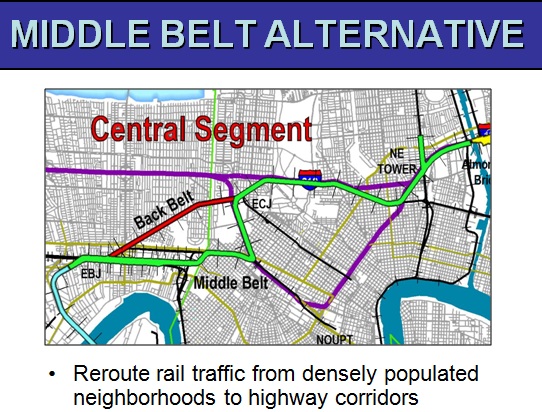 The purpose of the public meeting is to present an overview of the New Orleans Rail Gateway (NORG) Program and the study process for preparing an Environmental Impact Statement to evaluate environmental and related impacts of upgrading NORG and infrastructure in Jefferson and Orleans Parishes; and to provide an opportunity for all interested parties to express their views. All comments received during the public meetings and written comments post-marked within ten (10) calendar days of the meeting will become part of the official public record. If you are unable to attend the meeting, you may mail your comments to the address listed below.

Interested persons or their representatives are invited to be present at the above time and place to review the study materials and will be afforded an opportunity to express their views concerning the information presented. Information on the Program can also be viewed at http://www.dotd.la.gov/administration/public_info/projects/NORG/. 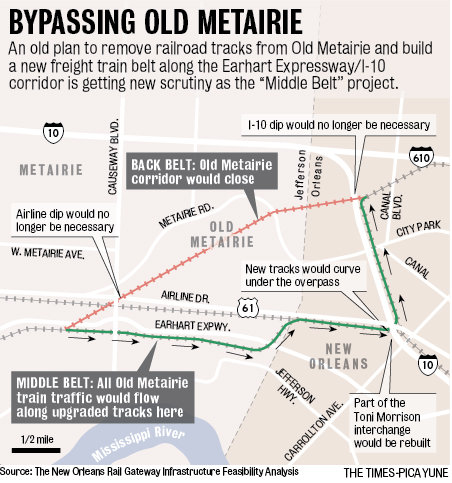 The once dangerous St. Bernard Projects have been transformed into the St. Bernard Community.