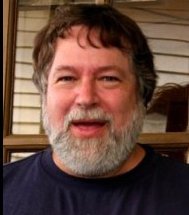 Robert Thompson has been on a mission.   The once neglected Capdevielle Place has received much love and attention from neighbors rallied by Robert.

Today, roses and palms became the stars of Capdevielle Place in the round centerpiece of the pocket park.   Check out the photos and a statement from Robert Thompson  below:

“Things are coming together at Capdevielle Place.  A vision from the get-go, rehabbing of the bed in Capdevielle Park, seemed like an impossible dream. After many ideas, much  sweat equity, cooperation from a committed Parkways staff, a generous gift (more later on that), and some professional help, a major improvement was born.  Not everything we had  wished for may have happened yet, but the best decisions from the plants people in charge developed the current implementation with resources available.  I hope everyone agrees this  is a win!

Thanks are due so many and I intend to let all know who made this possible soon.

Their generosity and work made this happen, and now we City Beautifiers must keep up with watering and weeding this gift.”

Here are some photos: