The Friends of Lafitte Corridor distributed the flyer below at the Faubourg St. John Neighborhood Association meeting on April 7, 2015.
Click on any of the pages below for a larger view. 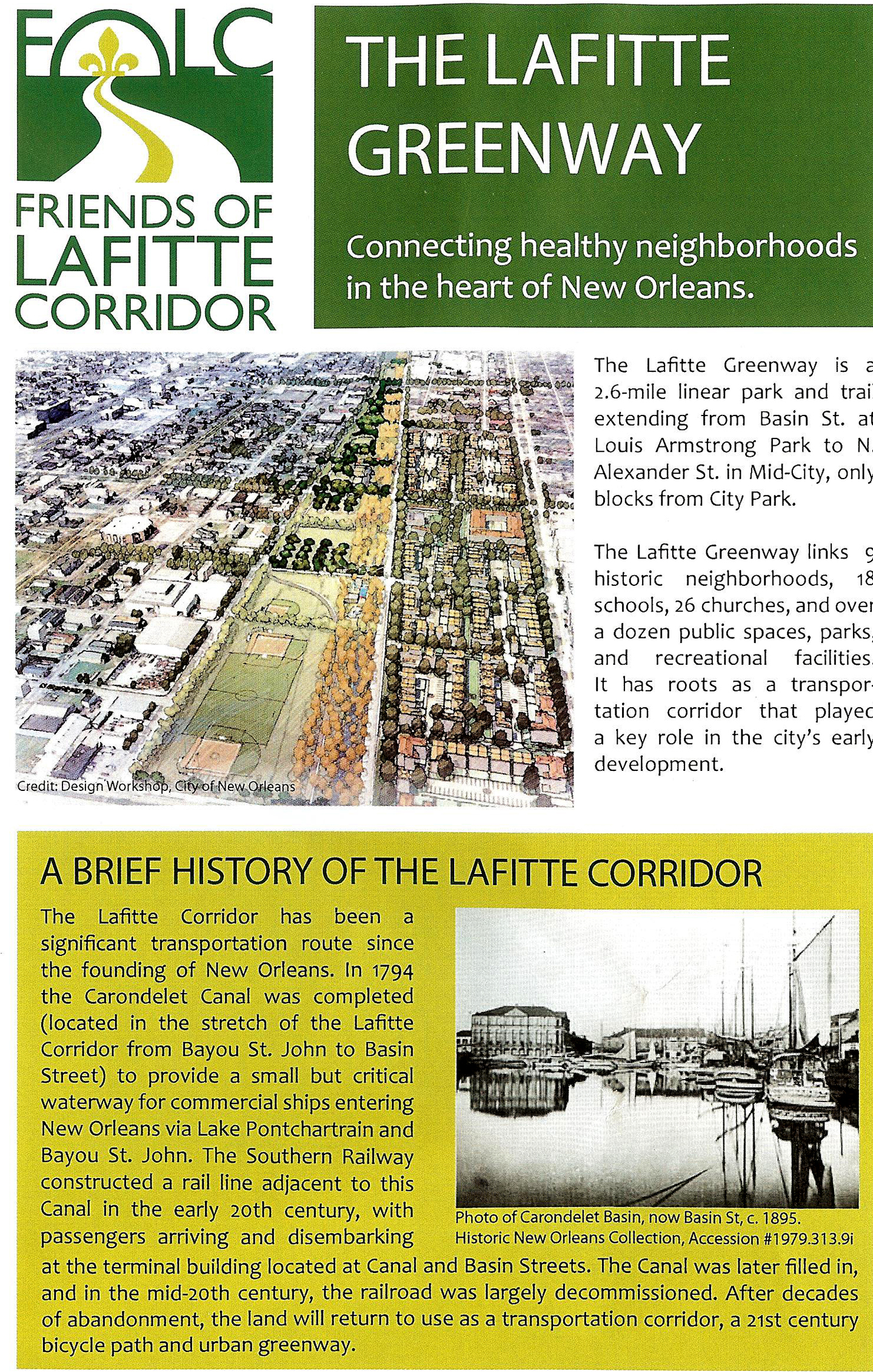 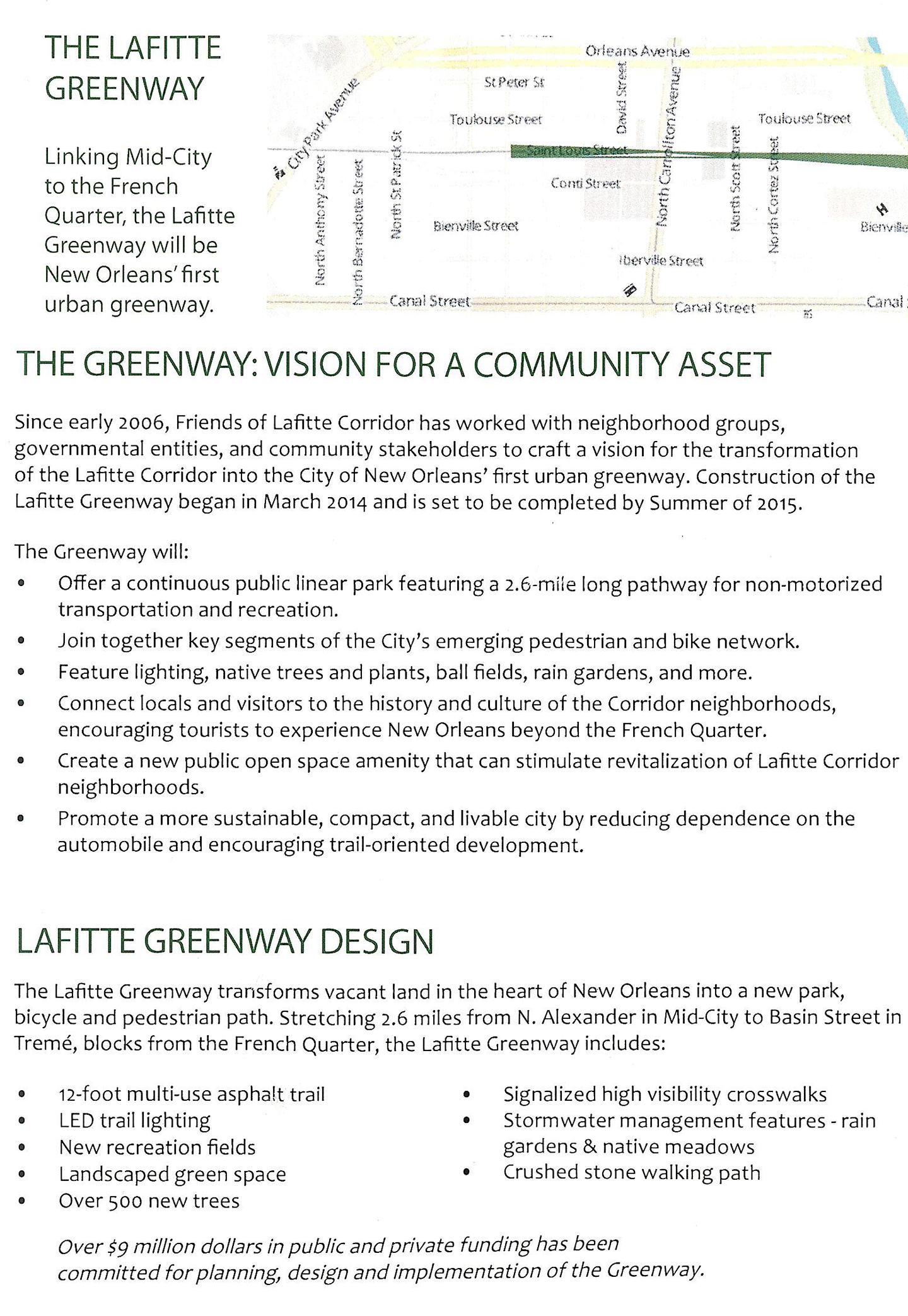 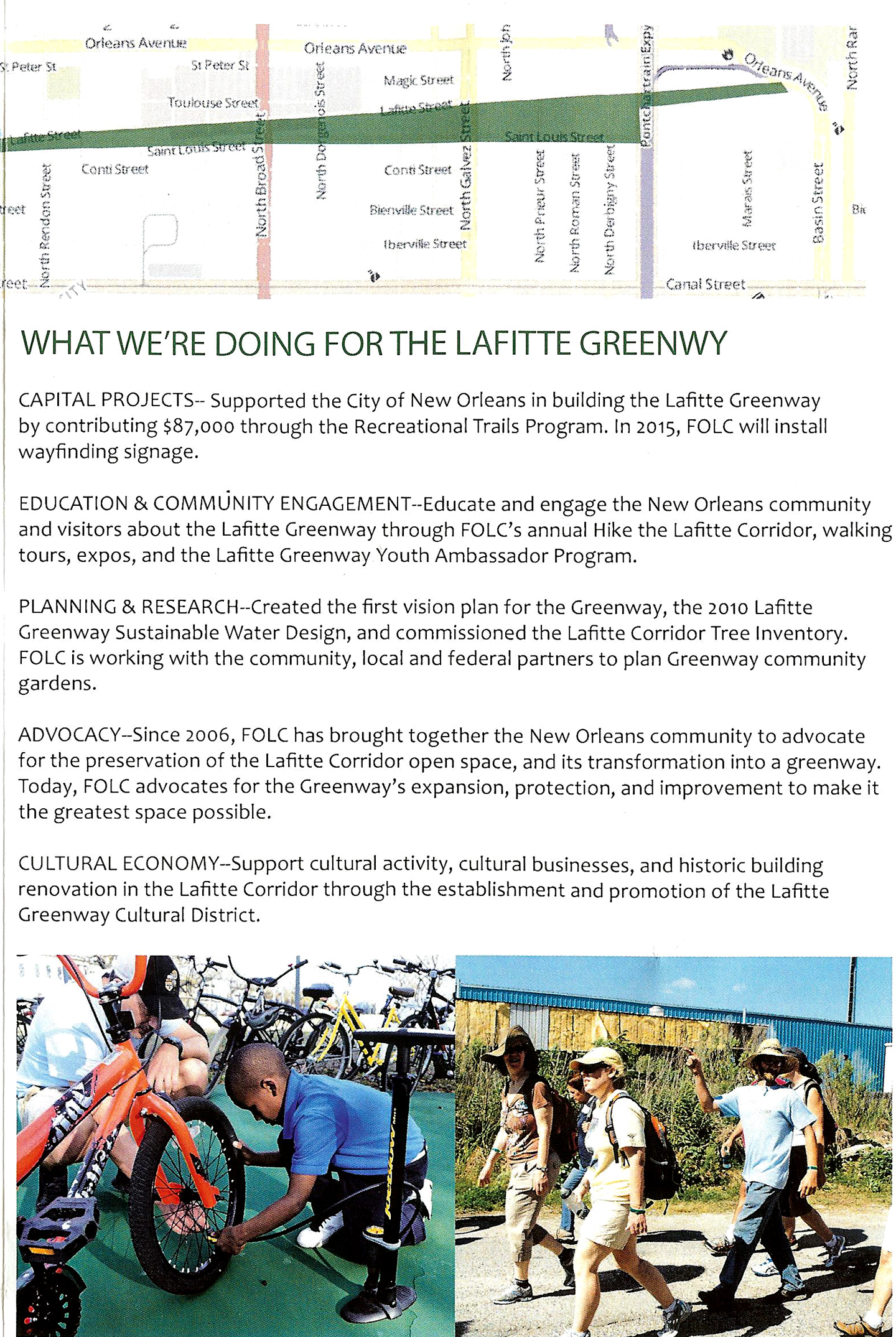 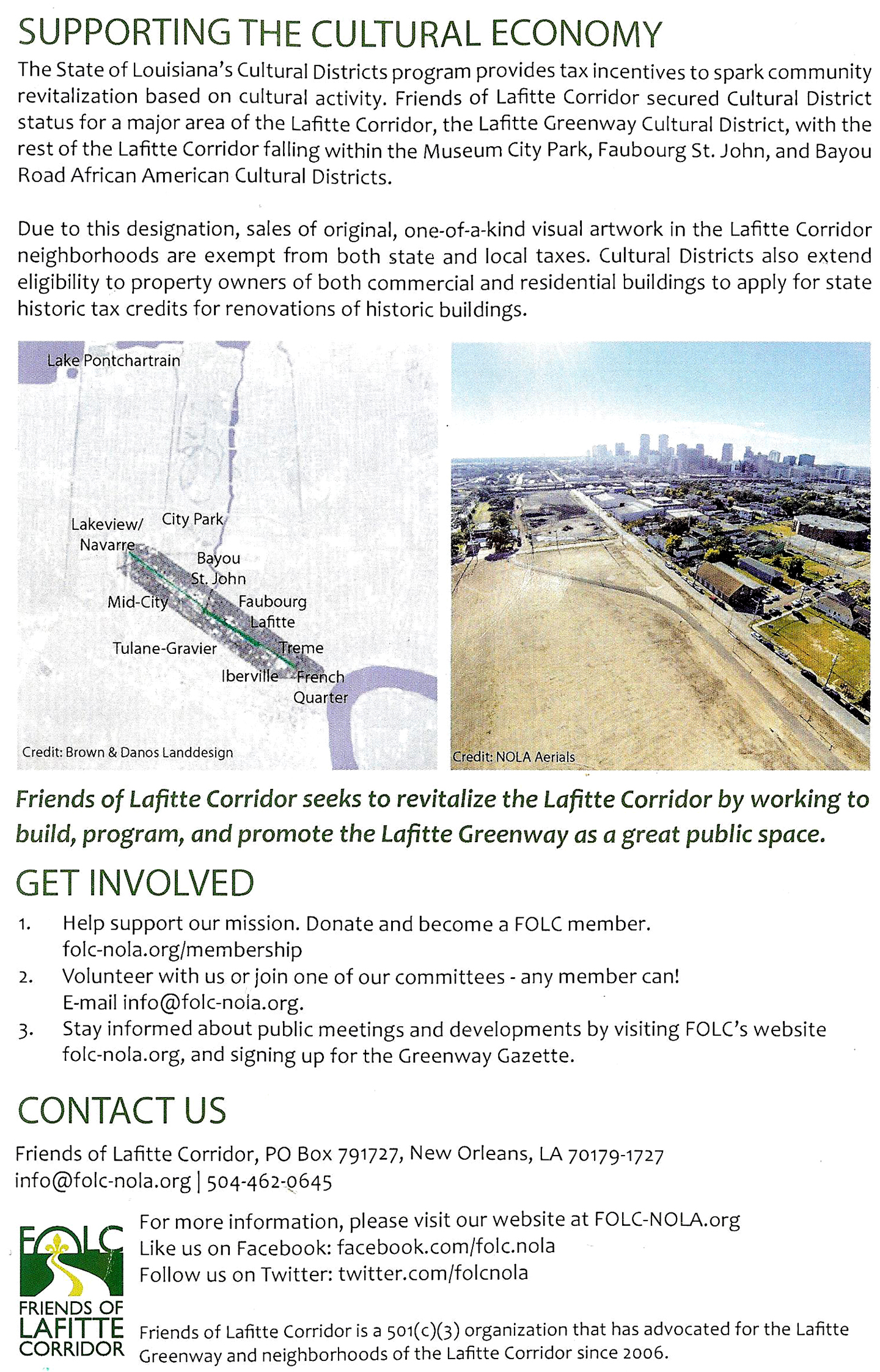 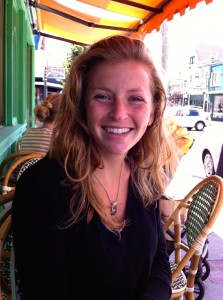 Friends of Lafitte Corridor (FOLC) is delighted to announce the hiring of Sophie Harris as its first Executive Director. Sophie joined Friends of Lafitte Corridor as a board member and subsequently as FOLC’s Program Director in 2012, working to build FOLC’s capacity and communications during a pivotal time for the Lafitte Greenway project, as it neared the start of construction. Sophie brings professional experience in community development, public health, and recreational programming.

“Sophie is the perfect person to lead Friends of Lafitte Corridor as we look to the opening of the Lafitte Greenway in 2015,” said FOLC’s Chair, Sam Spencer. “Even among a strong national field of candidates for the Executive Director position, Sophie’s exceptional accomplishments with FOLC and her demonstrated passion for the well-being of the communities along the future Greenway made her stand out. The board is thrilled at the prospect of her leadership and her dedication to making sure that this extraordinary public facility lives up to its vast potential for improving the lives of our fellow New Orleanians.”

In addition to her time as Program Director with FOLC, Sophie previously managed the NEWCITY Neighborhood Partnership, a coalition of 100 organizations that promotes community economic development in New Orleans’ Tremé and Mid-City neighborhoods. She also worked on the Faubourg Lafitte Housing Development at Providence Community Housing, where she led neighborhood research and developed the education strategy.

“Thanks to the dedication of volunteer leaders and the community’s support, Friends of Lafitte Corridor has been remarkably successful in its founding mission to advocate for the development of the Lafitte Greenway,” said Sophie. “I am honored to have the opportunity to lead FOLC in its next chapter as we focus on providing programs for youth and adults on the Lafitte Greenway, and continuing to build and improve an extraordinary public park for all of New Orleans.”

Friends of Lafitte Corridor Board Nominations
By Bonnie at MCNO on January 18, 2012

Call for nominations to the Friends of Lafitte Corridor Board
It is time for the election of Friends of Lafitte Corridor (FOLC) Board of Directors. FOLC’s Board can consist of up to twenty-one directors that can hold office for three-year terms with no consecutive terms. You can see the current board on the FOLC website. Currently, there are seven positions available. We are seeking nominees for board members with the following qualities:

• Willingness to promote FOLC at meetings, events, and other venues

If you or someone you know possess these qualities, please feel free to nominate yourself or another person to be included on the ballot for Board elections. Send all submissions to info@folc-nola.org. The 2012 FOLC Board of Directors nominees are voted on by the attending membership at our next monthly meeting to be held on Thursday, January 26th at 6:30PM. The meeting location is yet to be determined, but please continue to send your submissions to info@folc-nola.org, and you’ll receive an update as soon as the location is solidified. Additionally, you can follow us at our website and on twitter @folcnola for updates. Thank you, Friends of Lafitte Corridor www.folc-nola.org