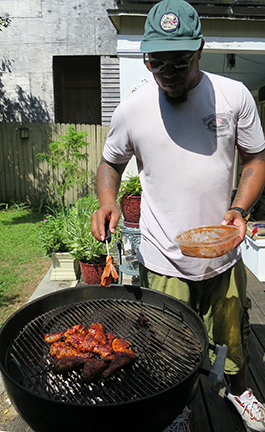 Marlon and his wife Thais joined us for the Saints game today. Marlon offered to bring his grill and cook chicken and sausage for everyone. It wasn’t just good, it was awesome!

If you ever get the chance to eat anything cooked by Marlon, don’t even think about passing it up. It’s that good.

Marlon grew up in Philadelphia and has been grilling since he was a boy. Marlon would sometimes take his grill to local parks for picnics. The smell was so captivating that people would stop whatever they were doing to ask him about it. Not only is Marlon a Grillmaster Extraordinaire but he makes his own bbq sauce using only fresh ingredients. He only uses chicken that is free of any hormones. Just chicken, nothing else. It makes a difference.

So, why am I telling you about Marlon and his grill? Rumor has it that he may do a “pop-up” somewhere in the neighborhood. He has a good job but loves grilling and it shows. More soon. 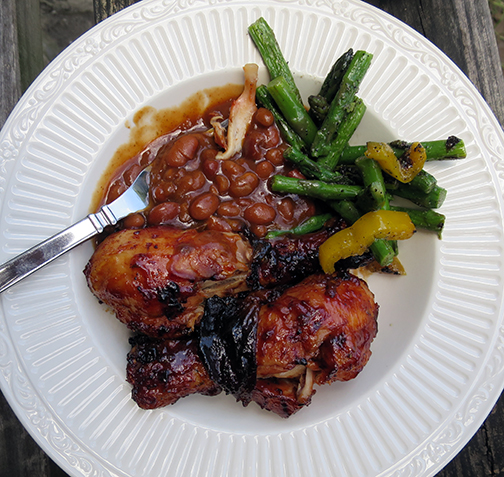 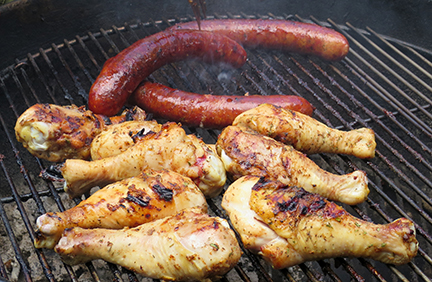