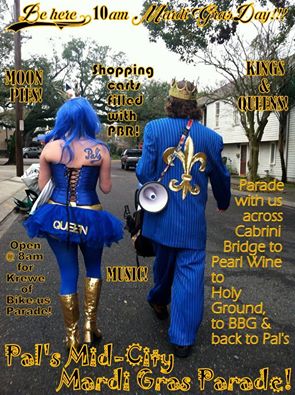 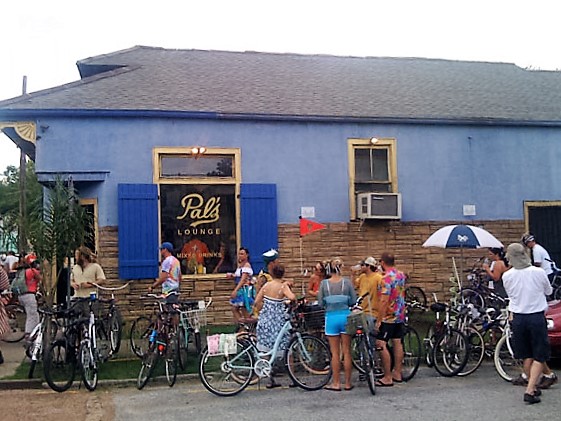 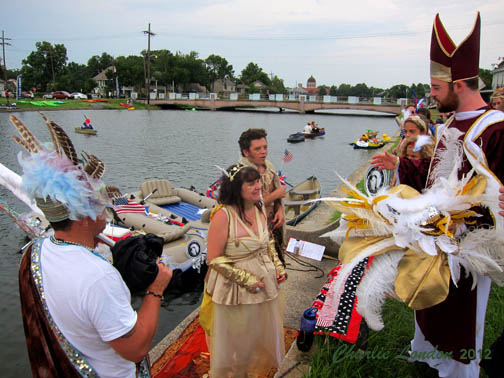 Participants of all ages are encouraged to paddle out in their canoes, pirogues, kayaks, row boats and rafts (prizes for creative crafts and costumes) to celebrate Independence Day, 5-8 Wed. They will join the Krewe of Kolossos and New Orleans artists and musicians on decorated, paddle-powered floats with costumed riders, music and floating subkrewes. Boat rentals will be available. Admission: Free. Call 905.2830, email kreweofkolossos@gmail.com or visit kolossos.org. 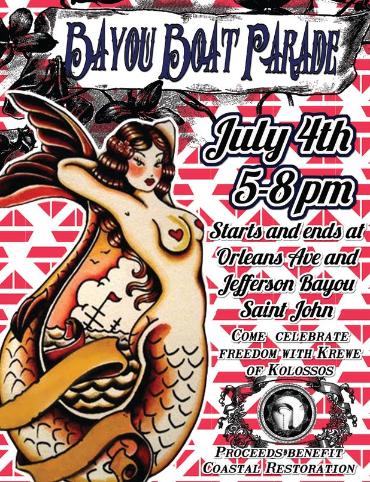 photo sent in by Linda Landesberg via cell phone 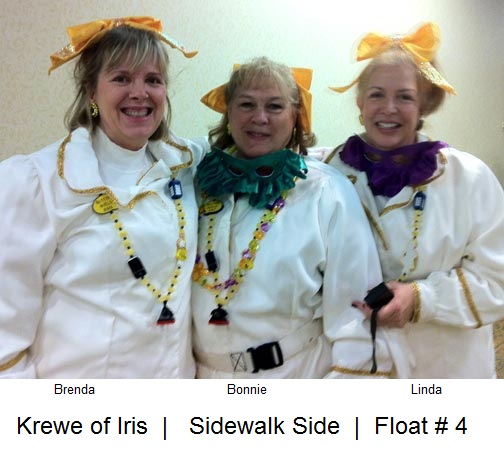 Faubourg St. John neighbors Brenda London, Bonnie Lee, and Linda Landesberg invite you holler for them during the Krewe of Iris parade today.

Look for them on the sidewalk side of float number 4.

This is a “member’s only” Mardi Gras crew that floats down Bayou St. John 3-hours before the Krewe of Endymion rolls every year. It consists of paddleboards (SUP’s), kayaks, and all that floats!

Hope to see you along the route!

Cancellation Policy: If Endymion rolls, we float!
They cancel, we cancel! 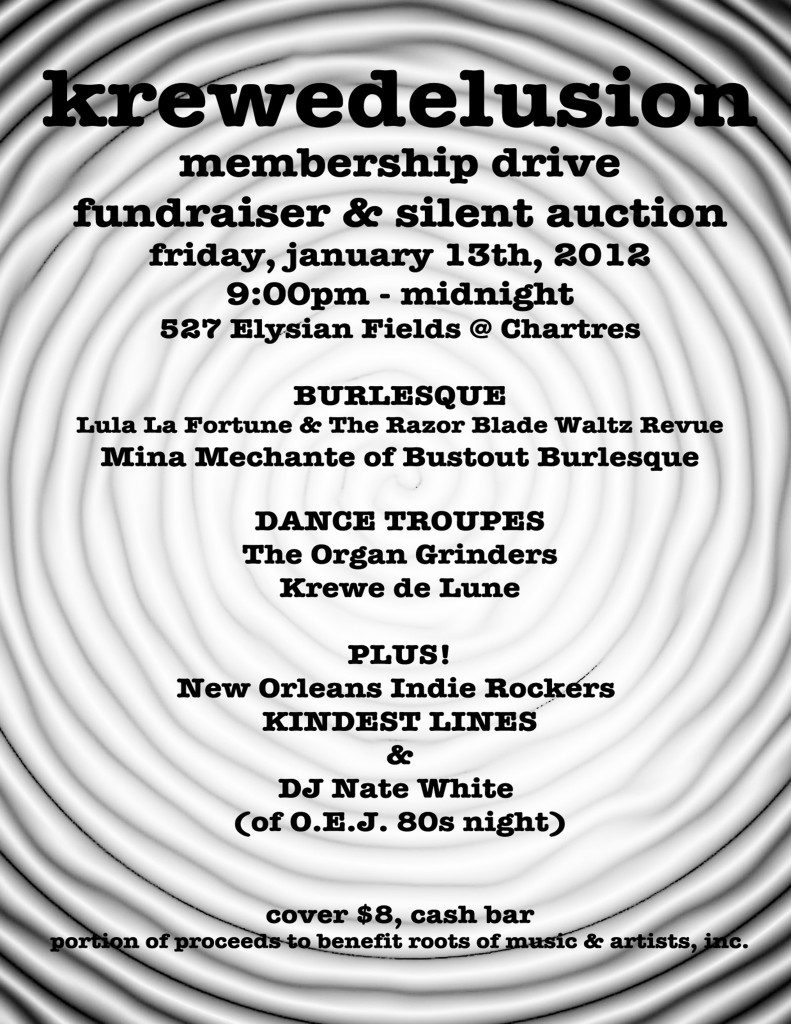 Click here for a flyer for our upcoming membership drive, fundraiser & silent auction is below. Please forward it to anyone who you think might be interested in joining, and/or print it out and hang it in your favorite haunts. Without you, there is no krewe.

The membership drive will be held on Friday, January 13, 2012, from 9pm -Midnight, at the Michalopoulos Warehouse. 527 Elysian Fields Avenue. We have a hot line up with a great band, fabulous dance troupes, professional burlesque and a supremely popular DJ!

If perchance you would like to further support your krewe by donating an item to the silent auction, please contact us by replying to
krewedelusion@gmail.com, and my special assistant will contact you to make arrangements.

Episode 3 is just 4 weeks away, and it’s going to be an amazing year!