Deutsches Haus has partnered with Faubourg St. John each year for several years to help feed the 1st District police officers during Mardi Gras. It’s just one of the many things the Deutsches Haus does for the community. Join the fine folks at Deutsches Hause for Elvis Week!

Free Admission
Food will be available for purchase.
see below for movie descriptions

Compete in New Orleans’ Best Elvis Contest. Semifinalists will return on Saturday during the Vince Vance Show for the final round of competition.

Come sing your favorites, even if they are not by Elvis.

Elvis trivia, celebrate and toast the King for his Birthday!

The Rolling Elvi’s dance troop, The Jailhouse Rockers
will be at Deutsches Haus on Saturday night.

Silent Auction to raise money for the new Haus on Moss St.

Having flunked graduation for the second time and needing cash to support his unemployed father, Danny Fisher takes a job as a singer in the King Creole nightclub – about the only joint around not run by smarmy crook Maxie Fields who wants him for his own place. He gets on pretty well with Fields’ floozy, though, and all this plus his involvement with Fields’ hoods and with innocent five-and-dime store assistant Nellie means Danny finds his world closing in on him all ways round.

Tulsa is a US Army specialist stationed in Germany. He loves to sing and has dreams to run his own nightclub when he leaves the army….but dreams don’t come cheap. Tulsa places a bet with his friend Dynamite that he can spend the night with a club dancer named Lili, who is rumored to be hard to get. When Dynamite gets transferred, Tulsa is brought in to take his place. He is not looking forward to it, but in order to keep his money, he must go through with it.

Race car driver Lucky Jackson goes to Las Vegas to earn money to pay for a new engine for his motor car. Working as a waiter, he still finds the time to court young Rusty Martin.

LIMITED to first 75
No tickets will be sold day of event.

Where: 1023 Ridgewood Dr. in Metairie

LIMITED to first 75
No tickets will be sold day of event. 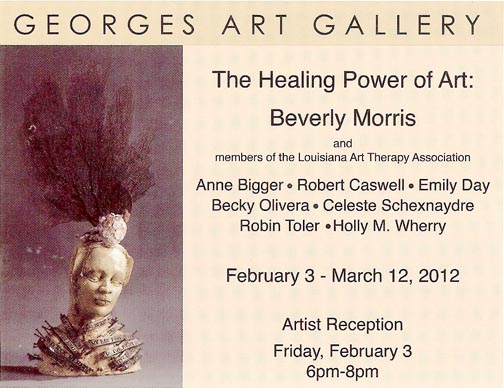 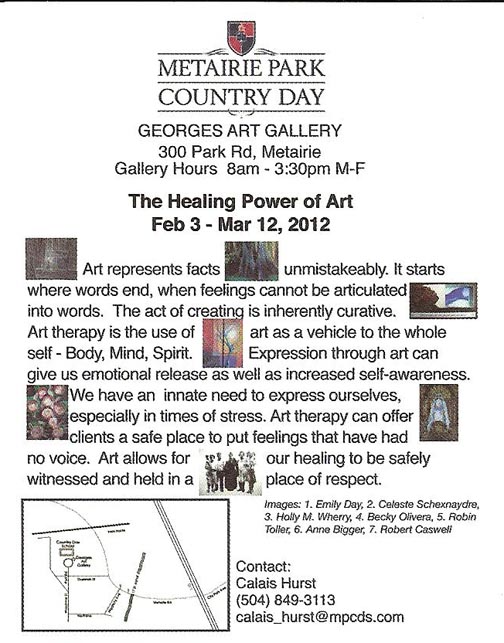 Faubourg St. John neighbor Beverly Morris would like to invite you to attend her upcoming art show. Her work will be displayed at the Georges Art Gallery at Metairie Park Country Day school located at 300 Park Road in Metairie.

You may have seen Beverly walking her dog “Sweet Pea” around Faubourg St. John. Please support Beverly by attending the opening reception on Friday, February 3rd.

and members of the Louisiana Art Therapy Association