No, it isn’t beetlejuice but the drink on the right does have beets in it! Click on the lights to learn about Fairgrinds‘ other menu items. 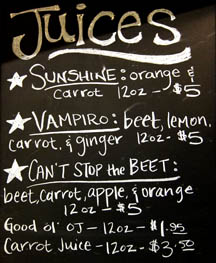 Fairgrinds is at 3133 Ponce de Leon near the corner of the 3100 block of Esplanade. They have coffee, tea, pastries, and more. Click on the new offerings featured on the right to learn more.

Fairgrinds also hosts many community meetings in its upstairs meeting room. You can learn about everything from Occupy NOLA to Yoga.
Click on the link below for a schedule.
http://fg.chieforganizer.org/calendar 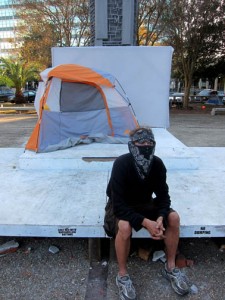 This man did not want his identity revealed but indicated he had recently arrived from the “Occupy Denver” protest.

WWOZ had a short interview with two “Occupy New Orleans” protesters who indicated that the event has morphed into a festival of sorts. I was in my car when I heard the discussion but was not able to get all the details. I called WWOZ but the DJ was unable to provide more info. The interview took place on the previous shift.

What I do remember about the interview is that the folks being interviewed said a small stage has been set up and various musicians will be performing this evening. It should be an interesting free show. The stage is pictured on the left. 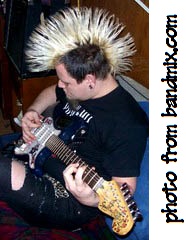 The assembled group indicated that they set up the stage last week. A group of gutter punks arrived and played music well into the night. The police came by about 2 a.m., not to harass anyone but to ask them to turn it down a bit.

They also said an engineer from the City came by and indicated that the stage needed a permit. That’s not an unreasonable request as the permit is to insure the safety of the occupants of the stage. I’m not an engineer but the stage looked reasonably well built.

The man just in from the “Occupy Denver” protest indicated that “the union” has supplied many of the tents. One might wonder why “the union” did not also get the necessary permits for the stage. It’s a small price to pay to insure the safety of the performers. 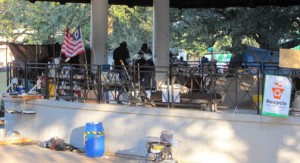 I was impressed with how clean and well organized the area occupied by the protesters was. That may be an indication of why city officials have not cleared the area… yet.

I know the city will eventually have to remove the protesters. Hopefully, the removal process will go smoothly with cooperation from everyone involved.

The assembled group did indeed fit the profile that has been presented by some in the media. It was 3 o’clock in the afternoon and the majority of the group I spoke with appeared to be under the influence of alcohol or some other substance. 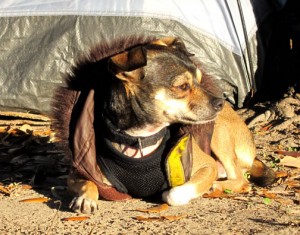 And, as indicated by some in the media, these were not folks down on their luck or anyone who had missed a meal. They all appeared to be well dressed and well fed.

Be that as it may, the people occupying the area were all friendly and almost businesslike in their possession of the area. It is a peaceful, well organized event.

New Orleans is different. The difference is we accept anyone and everyone regardless of their views or station in life. That’s why people love this place.

Let’s hope the “Occupy New Orleans”
protest ends as peacefully as it began.