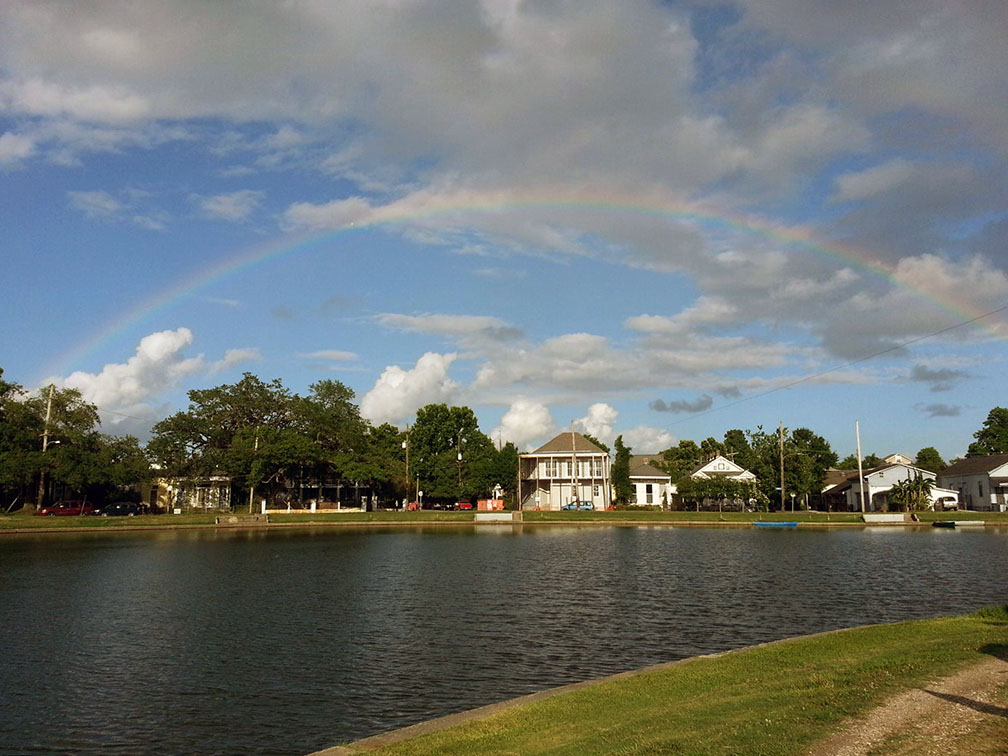 When the Vikings inhabited Ireland, they stored hordes of treasure all over the land. According to the legends, when they left, they forgot to take several stashes of gold with them. The leprechauns found the gold and divided it among themselves. But they knew the riches of the Vikings had been collected through wicked deeds, and this deepened their mistrust of humans. The leprechauns decided that humans could not have the gold because of what their greed would make them do. They stored the coins in pots and buried them deep underground where humans could not find them. However, according to the stories, a rainbow will end where a leprechaun has hidden his pot of gold.

The rainbow in the photo above is a sign of better things to come. Click on it to learn more.