by Officer Frank B. Robertson, III 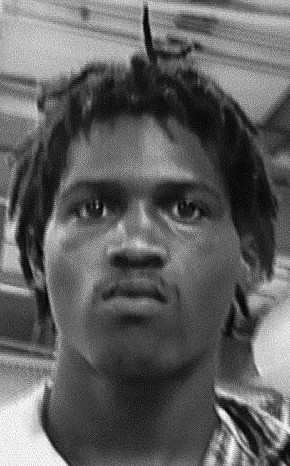 The New Orleans Police Department has arrested 22-year-old Raymond Johnson for his involvement in a Home Invasion that occurred Monday, September 15,2014 around 9:55am, in the 600 block of South Hennessey Street.

According to the 39-year-old female victim, she was startled by a loud noise coming from the rear of her residence. The victim walked to the rear and was met by Johnson who she immediately recognized from the neighborhood. Johnson was standing in the rear of the victim’s home uninvited with several of her items in his hands. The victim approached Johnson and asked him to return her property and leave the residence when Johnson grabbed the victim around her neck and pushed her into a closet door. The victim struggled with Johnson for her property when he pulled a knife from his back pocket and stated “get out of my way and if you call the police I’m going to kill your daughter.” The victim stated she ended the struggle with Johnson to allow him to leave her home. Johnson was attempting to exit the home when he encountered the victim’s 48-year-old brother entering the residence. Johnson walked to the rear of the residence and then walked back to the front door when he and the victim’s brother became involved in a physical altercation. Johnson was able to break away from the struggle and flee the residence.

The victim and her brother followed Johnson to the intersection of South Pierce and Ulloa Street and attempted to detain him until police arrived. Johnson and the brother engaged in another physical altercation. Shortly after, Officer David Liang, who was working a Mid-City Security District detail arrived and attempted to place Johnson in handcuffs. Officer Liang and Johnson struggled for a brief moment until Johnson was able to break free from the officer and flee. Officer Liang called for assistance and responding officers arrived and set up a block by block perimeter search of Johnson. Johnson was later apprehended in the 4200 block of South Carrollton Avenue without any further incident.

Johnson was booked into Central Lockup and charged with one count of Home Invasion, two counts of Burglary, Possession of Stolen Goods, Resisting an Officer, and two outstanding warrants.