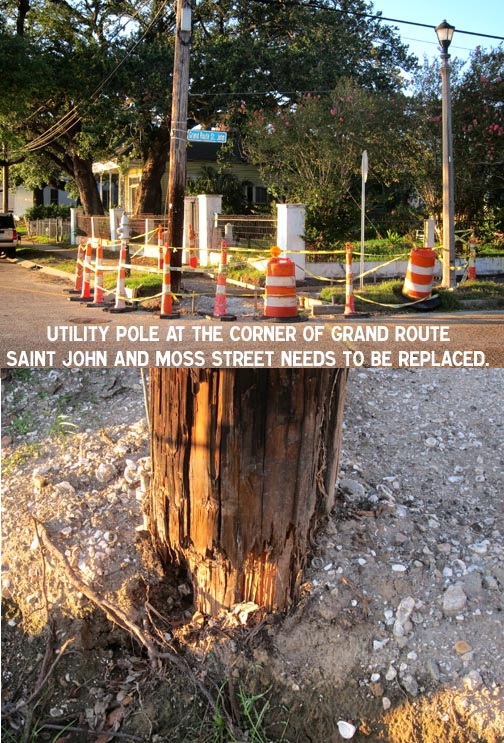 Neighbors were excited when back in the middle of April sidewalk ramps began to be installed at the corner of Grand Route Saint John and Moss Streets.

Their enthusiasm has waned a bit now that it’s been over 6 weeks since the work began. The problem appears to be a rotten utility pole waiting to be replaced.

The other corner of Grand Route and Moss looks great with its new sloped ramp. But one thing is missing. The blue and white tiles that spell out the names of the streets.

If you think something should be done about the rotten pole at Grand Route and Moss and that the street names should be put back in please call 311 and tell them what you think.