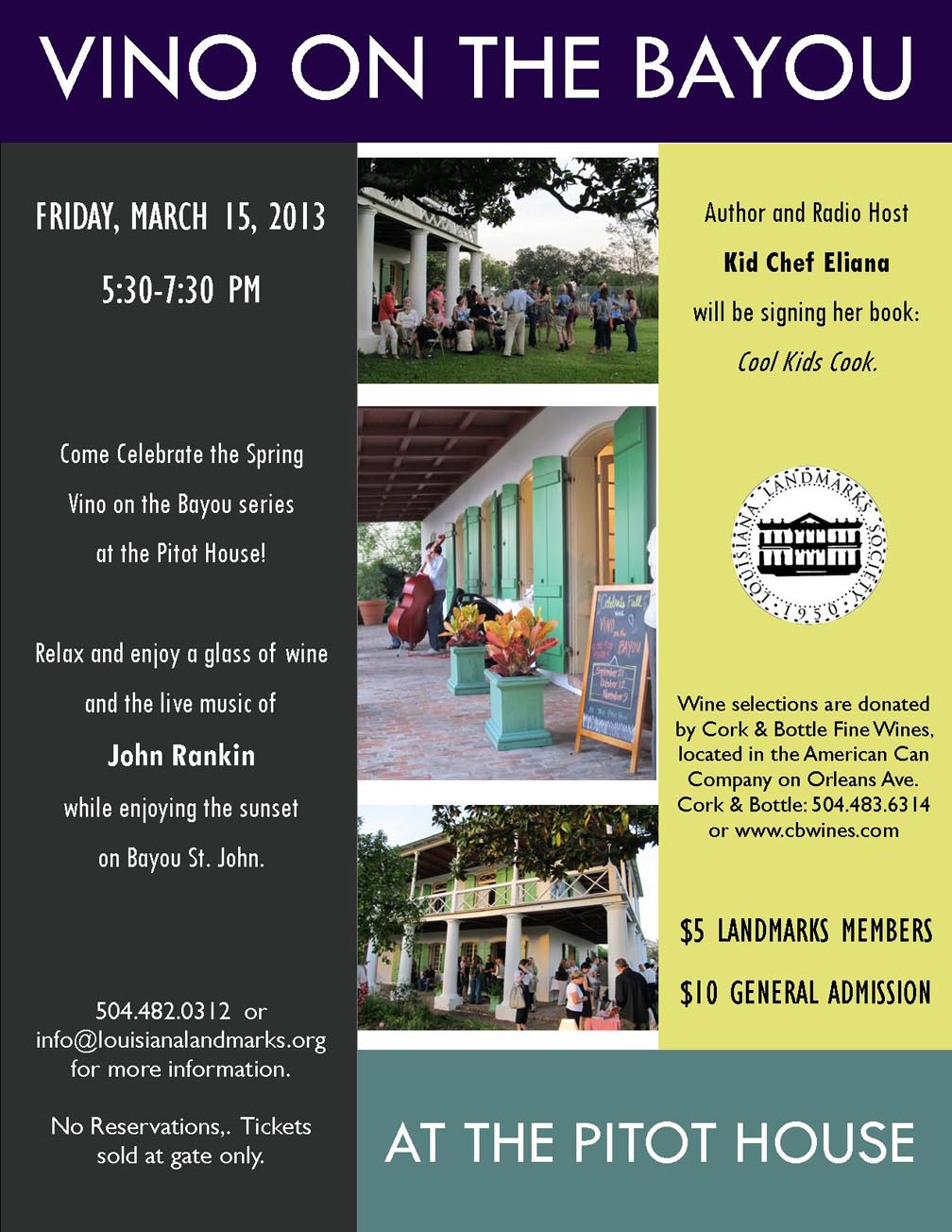 From the time she began making “Ladybug Pizzatas” – mini pizzas that resemble the colorful insect with the addition of sliced tomatoes and “dots” of black olives – Eliana Casas has been hooked on cooking.

“I’ve been cooking since I was 4 years old,” said Eliana, a seventh grader at Immaculate Conception School in Marrero who grew up in a multi-cultural family of cooks with ties to Cajun Louisiana, the Philippines, Cuba and Honduras.

But cooking is more than just a hobby for the 12-year-old parishioner of St. Martha Church in Harvey. Eliana, who is known in media circles as “Kid Chef Eliana,” already boasts a resume that includes two cookbooks, hosting a national radio show and several television appearances.

Her motto is: “Cool kids cook and get creative in the kitchen!”

“I love being from New Orleans. There is so much food inspiration here!” said Eliana, whose family regularly shuns kitchen shortcuts to make their own ice cream and pizza dough.

“I just like to be in the kitchen and experiment with different ingredients and try new recipes,” Eliana said. “A lot of kids will just eat chicken nuggets and french fries off the kids’ menu and they won’t try a lot of things, or they’ll judge the food by how it looks – like brussel sprouts,” said the chef, who likes to prepare that vegetable by sautéeing it in garlic butter and topping it with freshly grated Parmesan cheese.

Eliana’s first cookbook, the spiral-bound “Eliana Cooks! Recipes for Creative Kids” (pictured at right), was released in October 2010 and offers 150 recipes for everything from appetizers to desserts. Some are of her own invention, some are from her family, and some were made her own by “adding a twist,” Eliana said.

A second cookbook, “Cool Kids Cook: Louisiana,” will be published by Pelican Publishing in the spring 2013. The hardback cookbook will feature 25 recipes, Eliana said.

“This cookbook has chef notes in it. Each one will tell something about the recipe – where it came from, how it was invented,” she said.

She said her favorite dishes include her shrimp etoufée, prepared with heavy cream, garlic cumin potatoes and the sweet potato casserole she and her grandmother make every Thanksgiving.

“It can be served as a side dish or a dessert,” Eliana notes. “It’s really sweet but it’s really good.”

As she is tweaking recipes, Eliana tries to use as many fresh and local ingredients as possible. For example, she tends to make crab cakes only after her family returns from a day of crabbing and fishing.

“I try to make all my dishes healthy by baking dishes that are normally fried, like fried green tomatoes,” she said, adding that baking is another good technique for young cooks because of the dangers connected with cooking food in hot oil.

“Nachitoches meat pies are normally fried, but I bake them and they’re really good and they have all the same flavors,” said Eliana of the half-moon pies containing ground beef and pork, garlic and the “trinity” of celery, onion and bell pepper.

If her cookbooks weren’t enough, Eliana recently signed with Voice America Kids, part of the Voice America network, to host a weekly radio show called “Cool Kids Cook.” The show, which airs locally on Monday at 6 p.m., is composed of Eliana’s interviews of chefs and other food industry movers and shakers.

“I also have segments where I have secret ingredients and facts about that ingredient, and I give recipes,” said Eliana, who conducts the interviews from her home via Skype, with the help of an online producer, a mixer board, a headset and a condenser microphone.

But Eliana’s most visible media appearance to date took place this month, when she appeared as a competitor on SuperChef Kids, a national cooking competition and webisode series that debuted Sept. 17. At press time, Eliana was not able to divulge the results of the contest to Kids’ Clarion, but did share that she got to cook with chef John Besh in the series produced by the creators of “Iron Chef.”

Her accolades go on. At age 10, Eliana was chosen as one of 13 Latinos profiled in a museum exhibit at New Orleans Southern Food and Beverage Museum, and was featured in “The Parents’ Guide to Raising CEO Kids,” by Dr. Jerry Cook and Sarah L. Cook. Eliana, who was recently named one of the “10 Most Famous Kid Critics and Cooks” in the world by FoxNews and The Daily Meal, also is a featured chef on ZisBoomBah.com, a website for kid foodies.

Her future plans include designing her own line of cookware, chef jackets and aprons, hosting a televised cooking show and creating a line of spice blends.

“If you have a dream, you have to work hard to accomplish it,” Eliana said, adding that everybody should know how to cook something. 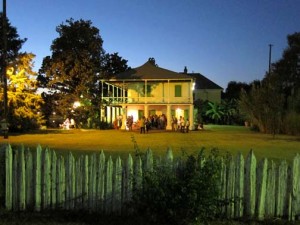 In addition to the live music provided by the Pitot House’s favorite jazz band, TJB, Landmarks has partnered with Pelican Publishing Company to bring you the charismatic duo Peggy Scott Laborde and Tom Fitzmorris signing their new book on New Orleans food history Lost Restaurants of New Orleans: and the recipes that made them famous.

Perfect timing for thinking about gifts for those food and history lovers on your list! 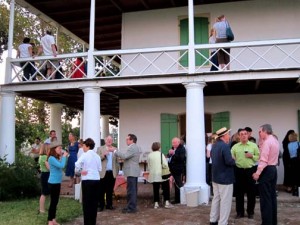 Closing the Vino on the Bayou experience, Elizabeth Pearce, culinary historian at the Hermann-Grima House and Senior Curator for the Southern Food and Beverage Museum from 2004-2008, will intrigue and educate guests using one of New Orleans’ iconic drinks, the Sazerac, with her “History in a Glass” presentation. Pearce will demonstrate how to make the Sazerac, and using the ingredients and the history of its creation, will tell the story of the music, cuisine, and architecture of New Orleans.

Oh yeah, did we mention guests will wet their palate with the Sazerac before leaving?

“While the Hurricane may be New Orleans’ most famous drink,
the Sazerac is full of history and is arguably one of the country’s oldest cocktails.”

Guests will also have the option to purchase a tasty dish of Mr. Mudbug jambalaya.

No reservations. Guests pay at the gate. Memberships available at the gate and online at http://www.louisianalandmarks.org/?q=membership.