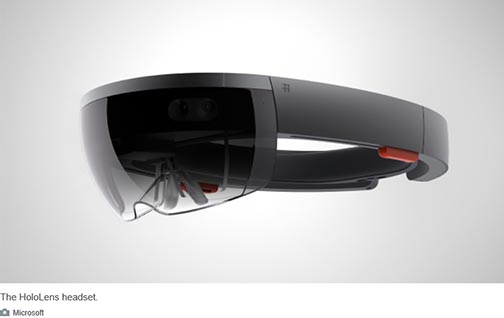 It’s called “hololens’ and its use will likely be largely on the gaming front.

However, imagine it’s Saturday morning and your pipes froze last night. What if you could put on computing eyewear and have a holographic image of a plumber in real time literally pointing out step by step what to do to fix the problem?

That’s right, “hololens” will allow another user to “see” what you see and interact with you as if they were there.

I find the prospect of being able to contact an expert online and have them be able to circle a tool to be used or explain how to fix something while seeing what you see an exciting concept.

According to Microsoft, that technology will be available to you within a year.

Learn more about “hololens” in the link below: