Check out the Thursday concerts in City Park below.
*** 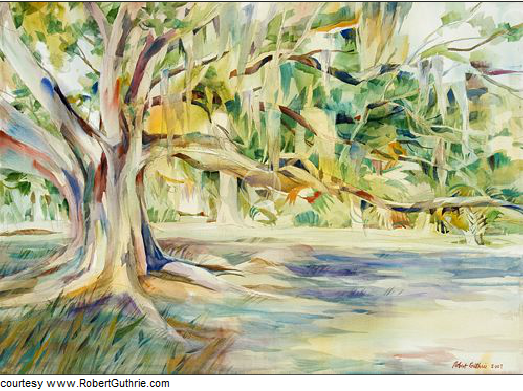 Click here or on the link to learn more about concerts in City Park on Thursdays.

July 16: Hot Club of New Orleans – The Hot Club of New
Orleans take the swing era music of Duke Ellington, Django
Reinhardt, and Stephan Grappelli (among others), retain the
classic groove, and then infuse it with their own modern
sensibilities. www.hotclubofneworleans.com

July 23: Bruce Daigrepont – Music came to Bruce at an early
age, and in the most traditional manner–handed down from
father to son. When he was growing up, no family gathering was
complete without a little playing and singing. His father picked
the guitar, while his Uncle Alton lent a remarkable voice to the
traditional Cajun songs and old-time country ballads. Bruce
almost single-handedly has popularized Cajun music and Cajun
dancing in New Orleans. www.brucedaigrepont.com

July 30: Banu Gibson – Gibson stands virtually at the top of her
eld. A superior and swinging jazz singer, Banu is one of the few
vocalists of her generation to maintain exclusive loyalty to songs
of the 1920s, ’30s, and ’40s. A powerful force on stage, her
enthusiasm and showmanship are highlighted by her wide range
and versatility. www.banugibson.com

August 6: Leroy Jones Quintet – Leroy has been a central
gure in the New Orleans jazz scene since the mid-seventies and
continuously expands and renes his musicianship. “I remember
Leroy years ago in New Orleans. He was always regarded as the
greatest. No one could touch him. For young musicians like me, he
was exciting, intimidating. For the older ones, he was the keeper
of the flame. But Leroy did more than keep the flame. He started a
forest fire…” Harry Connick, Jr. spiritofneworleans.com/leroy.htm

August 13: Gal Holiday and the Honky Tonk Revue – The
Honky Tonk Revue plays vintage honky tonk, rockabilly and
classic country music with a heavy dose of western swing. They
have a deep-seated love and appreciation for the tried and true
honky tonk sound. www.galholiday.com

August 20: Pster Sisters – Holley Bendtsen, Yvette Voelker,
Debbie Davis and Amasa Miller comprise one of the few groups
that represent the New Orleans swing era, with their recreation
of the Boswell Sisters arrangements, and the only act featuring
vocal jazz harmony. They bring joy to your soul, harmony to your
ears, and the best and biggest boogie-woogie to your feet.
www.pstersisters.com

August 27: Ten Year Katrina Anniversary with Paul Soniat
and Special Guests – The garden’s own, singer/songwriter Paul
Soniat, along with special guest artists, will perform a program
with emphasis on “Songs of Katrina” remembering how our life
was when Katrina hit, and to celebrate the incredible growth and
rebirth from the devastation we all faced ten years ago.
www.paulsoniat.com