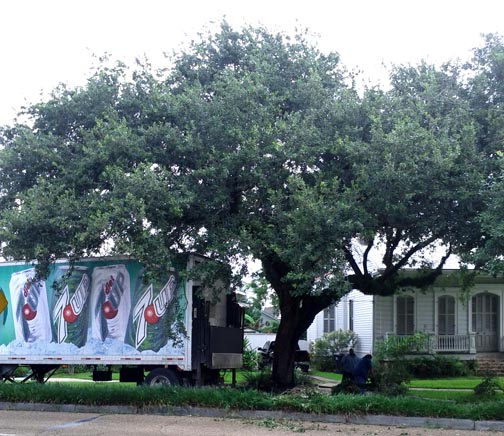 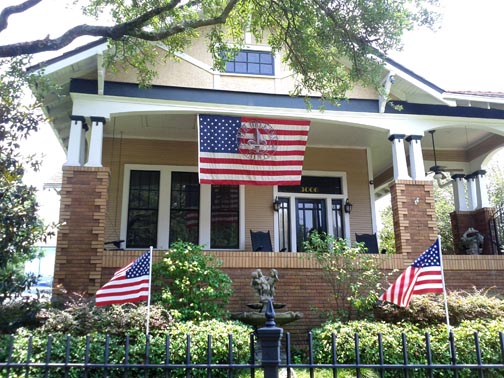 Faubourg St. John neighbors Warren Guidry and Nelson Savioe combine their love of the Saints and our country in a display at 3006 Esplanade. Stop by and check it out!